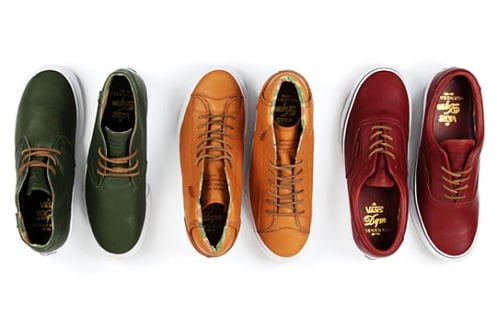 If you can recall, a couple of months ago the Vans x DQM “The General Store” opened its doors for the first time to the general public and sneaker fans. While it may seem that it took longer than many thought it would, the first official footwear collection by and for the two groups that make up this store is set for release. Pictured here is the Vans x DQM “The General Store” capsule footwear collection, which consists of Chukka Decon, Mid Skool 77 and Era- each in montone leather uppers and with the Vans x DQM gold branding on the insole. Each colorway is limited to 96 pairs; and, they are set to drop exclusively at the NYC location within the next few weeks- if not sooner. 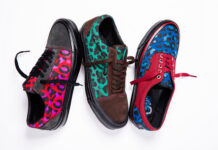