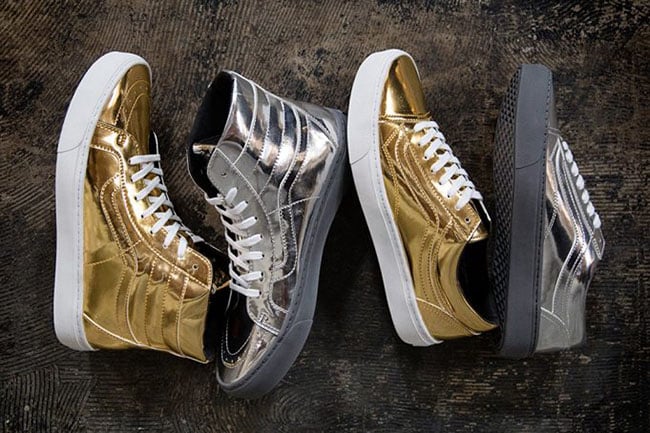 Vans is also getting in on the Olympic releases with the new Vans ‘Metallic’ Pack.

Four pairs are included in the Metallic Pack, two Vans SK8-Hi and two Vans Old Skool models. Each will come in either Metallic Gold or Metallic Silver through the uppers. The Silver pairs will feature Steel Grey through the midsole while the Gold uses White. All four will share White laces which completes the look.

The trio of releases that form the Vans Metallic Pack celebrating the 2016 Olympic Games are scheduled to release on July 22nd, 2016. Both the SK8-Hi and Old Skool shown will be available exclusively at Foot Locker retailers. To track down the nearest one, visit their Launch Locator. Below is a larger image which will give you a somewhat of a better look. Let us know if you plan on picking any of the pairs up in the comments section. 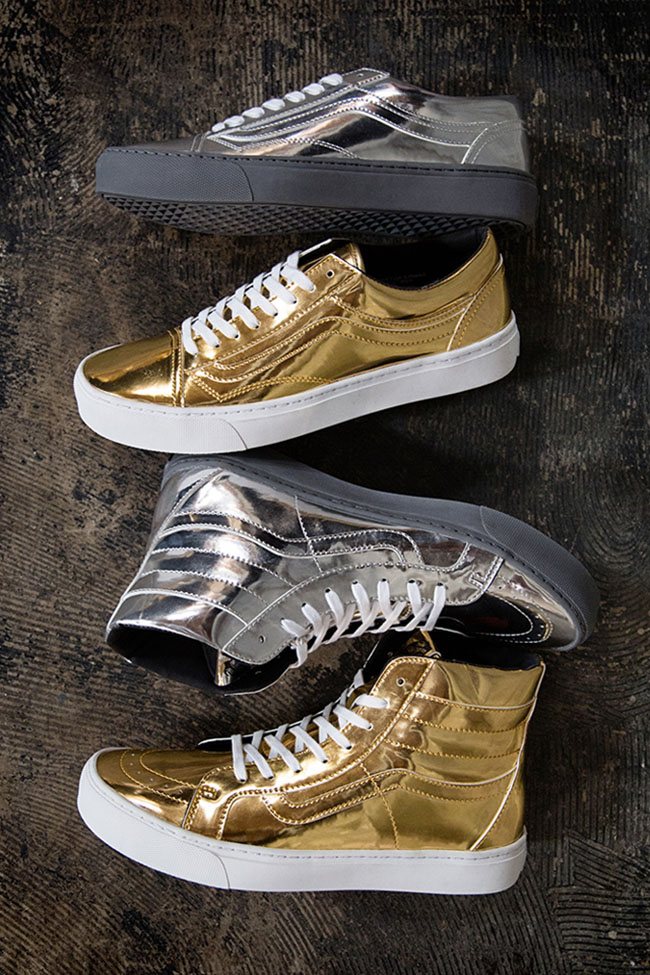 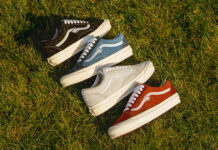