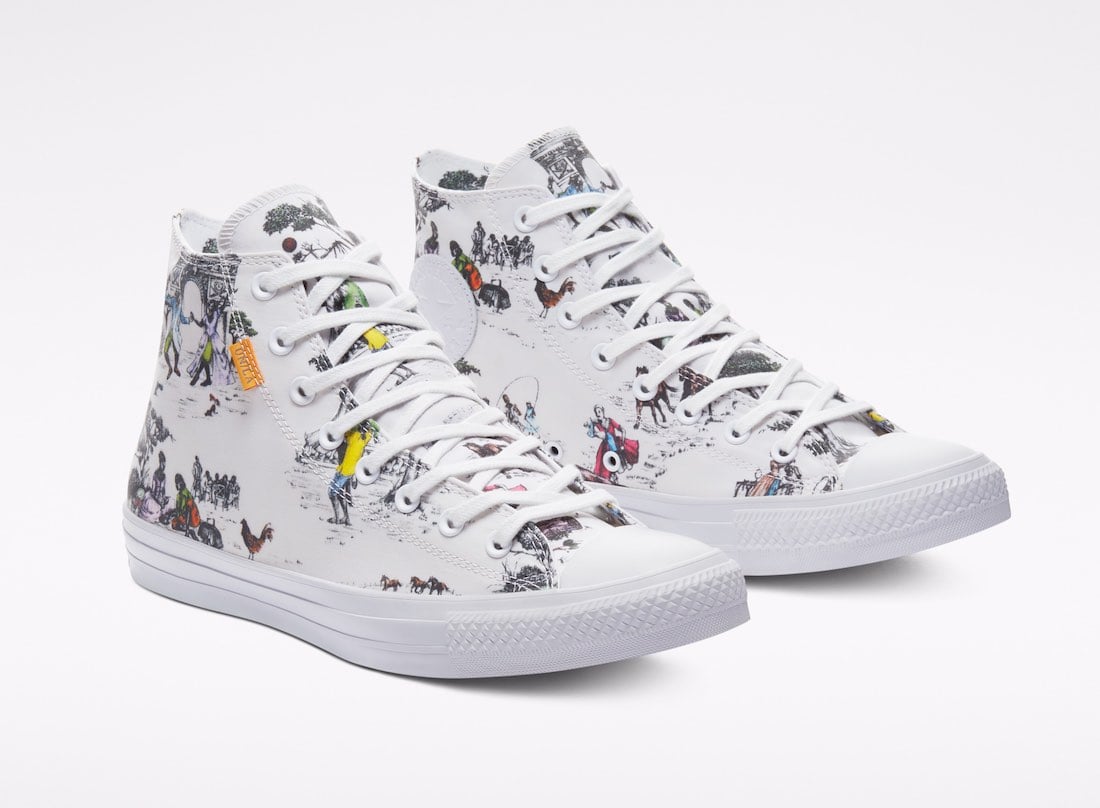 Fresh off their collaboration with Jordan Brand, Union is connecting with Converse for a new collection along with Sheila Bridges, a New York based interior designer known for her distinct furnishing approach

Seeing interiors as a means of visual storytelling, Bridges’ most notable visual, the Harlem Toile, is featured for the first time on footwear with the Converse Chuck Taylor All Star – a favorite silhouette of Bridges’.

A toile — short for “toile de Jouy” — is a printed material with a floral, figure or landscape design, typically seen in upholstery. Illustrating scenes of her experience of African American culture in her hometown by way of the French toile, Bridges’ Harlem Toile image (now preserved at The Cooper Hewitt Smithsonian Design Museum’s permanent wallpaper collection) was born out of a desire to design a pattern that spoke to her personally.

“I didn’t ever see myself represented in any of the designs,” says Bridges, “so, I created my own.”

Exhibiting a duality of expression, the toile plays on African-American stereotypes while also celebrating African-American culture — taking the viewer through scenes of subjects jumping rope, playing basketball, dancing and having picnics, all in 18th-century attire.

The iconic upper of the Chuck Taylor serves as base for Bridges’ design. Printed against a white canvas upper, the Chuck Taylor’s paneling allows each scene to play out across the silhouette. The collection has apparel and accessories, featuring a pullover hoodie and bucket hat adorned with an allover print of the Harlem Toile.

You can expect the Union x Converse Chuck Taylor All Star to release alongside a matching pullover hoodie and bucket hat with Sheila Bridges’ Harlem Toile on October 13th. They will be available at select retailers including Converse.com. 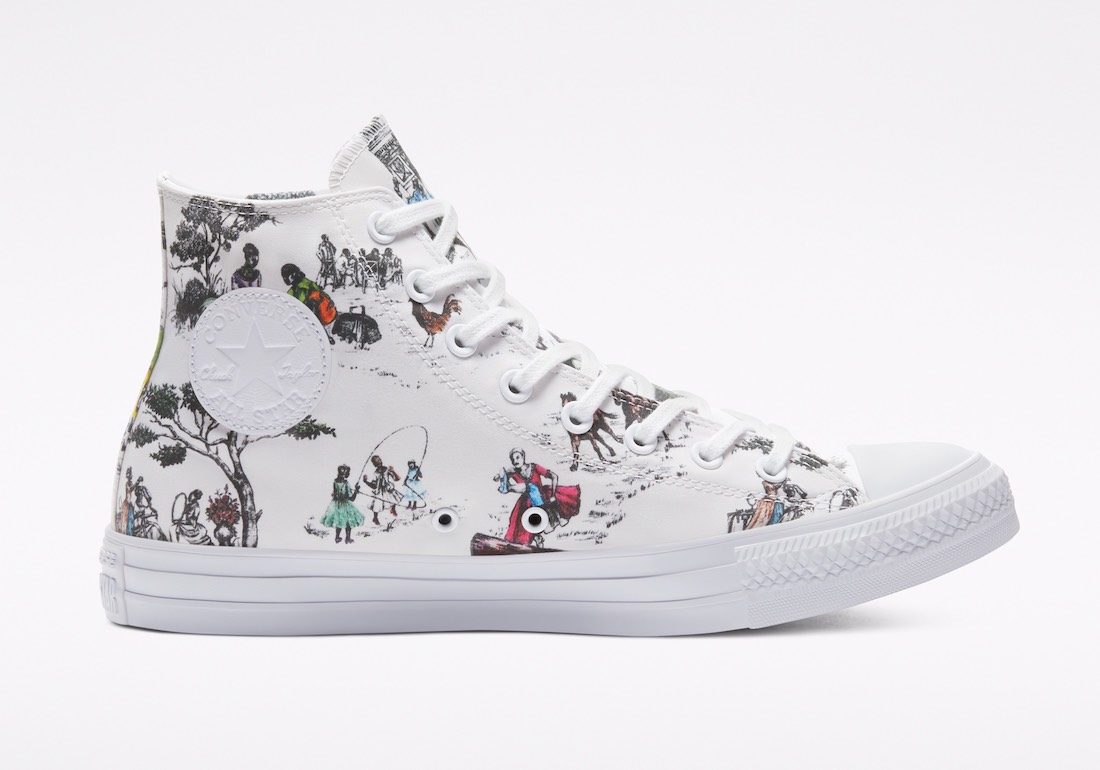 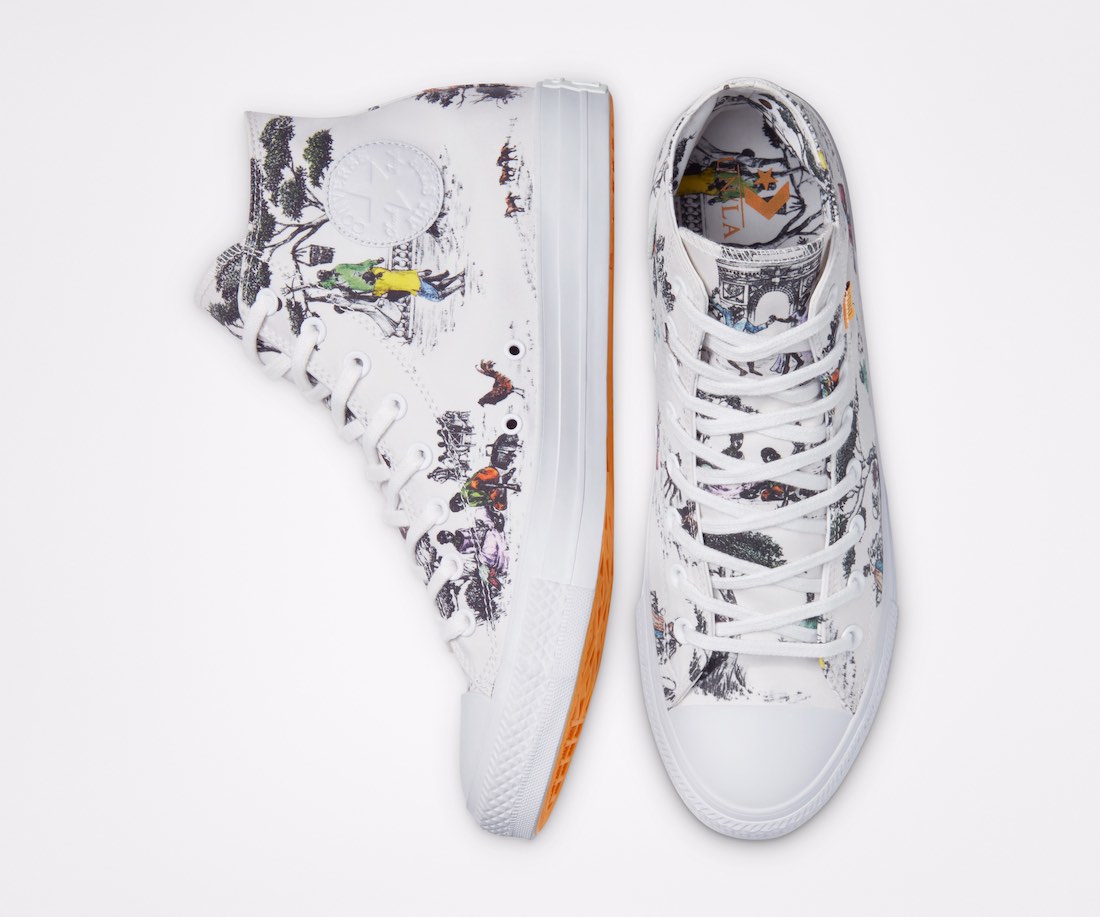 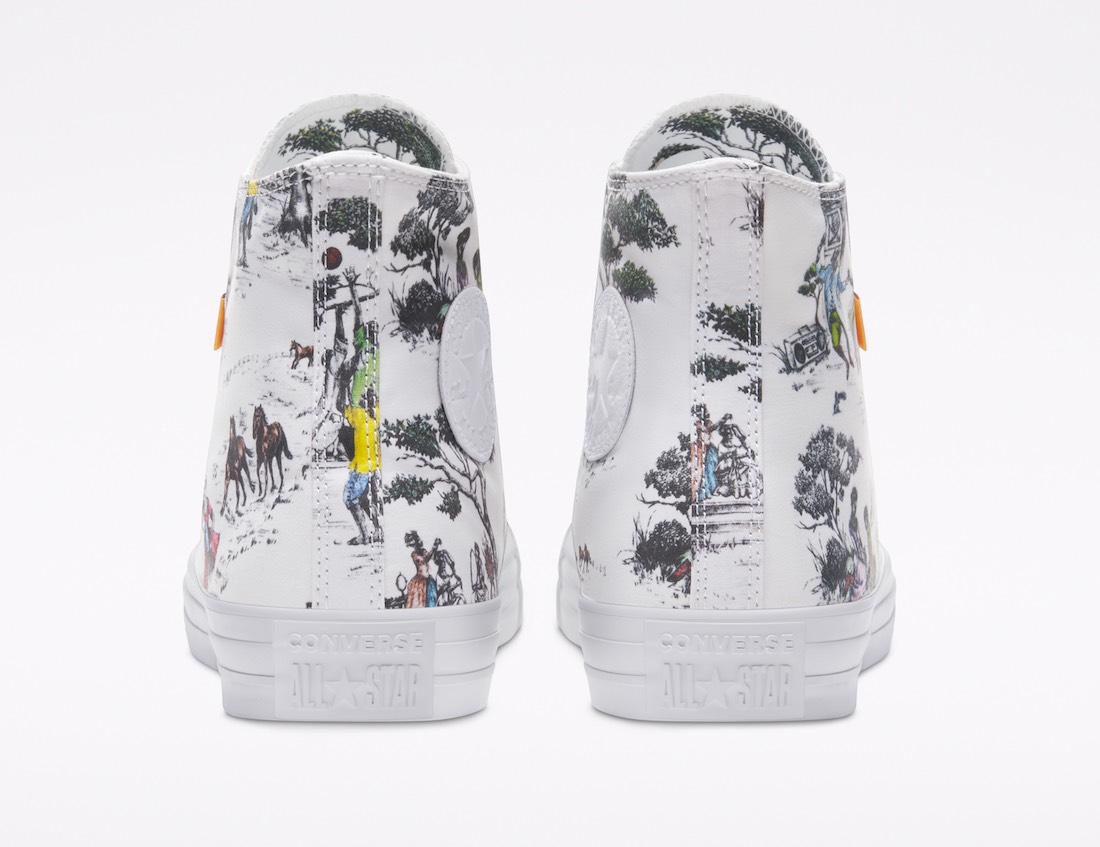 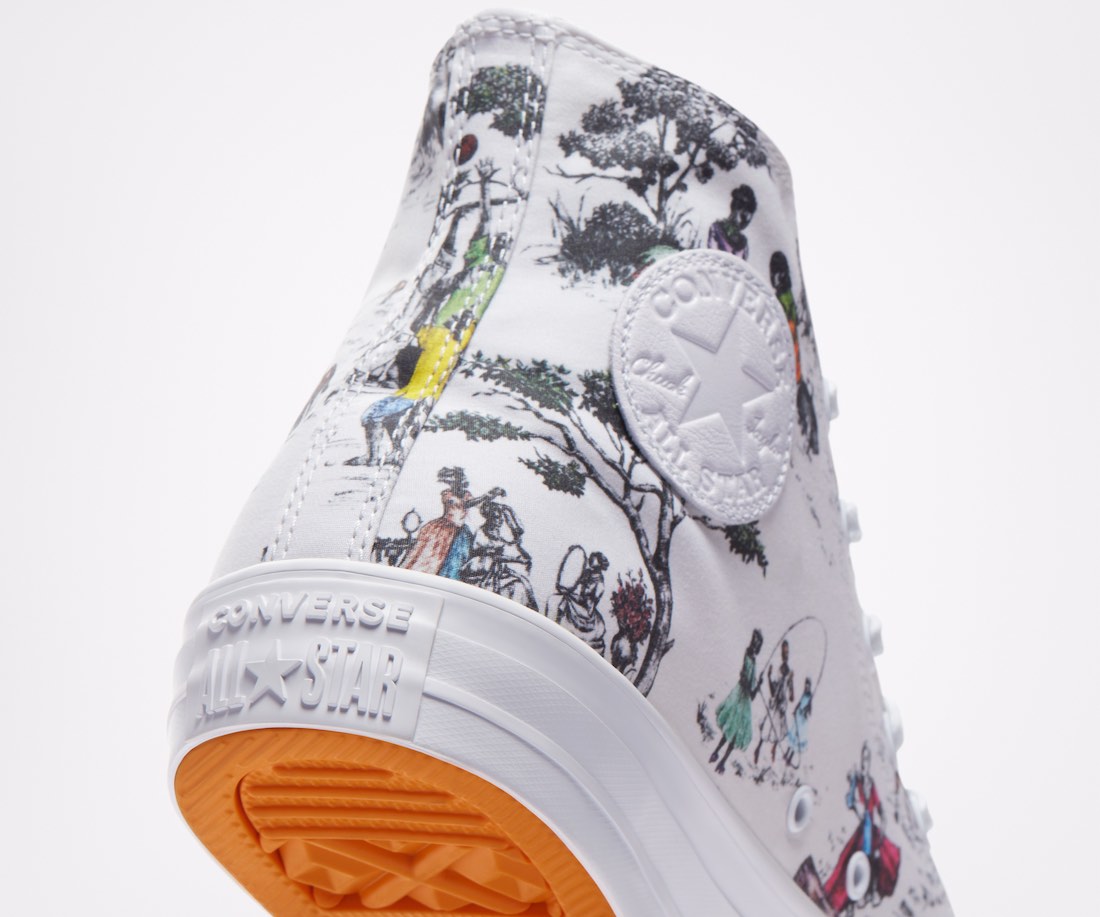 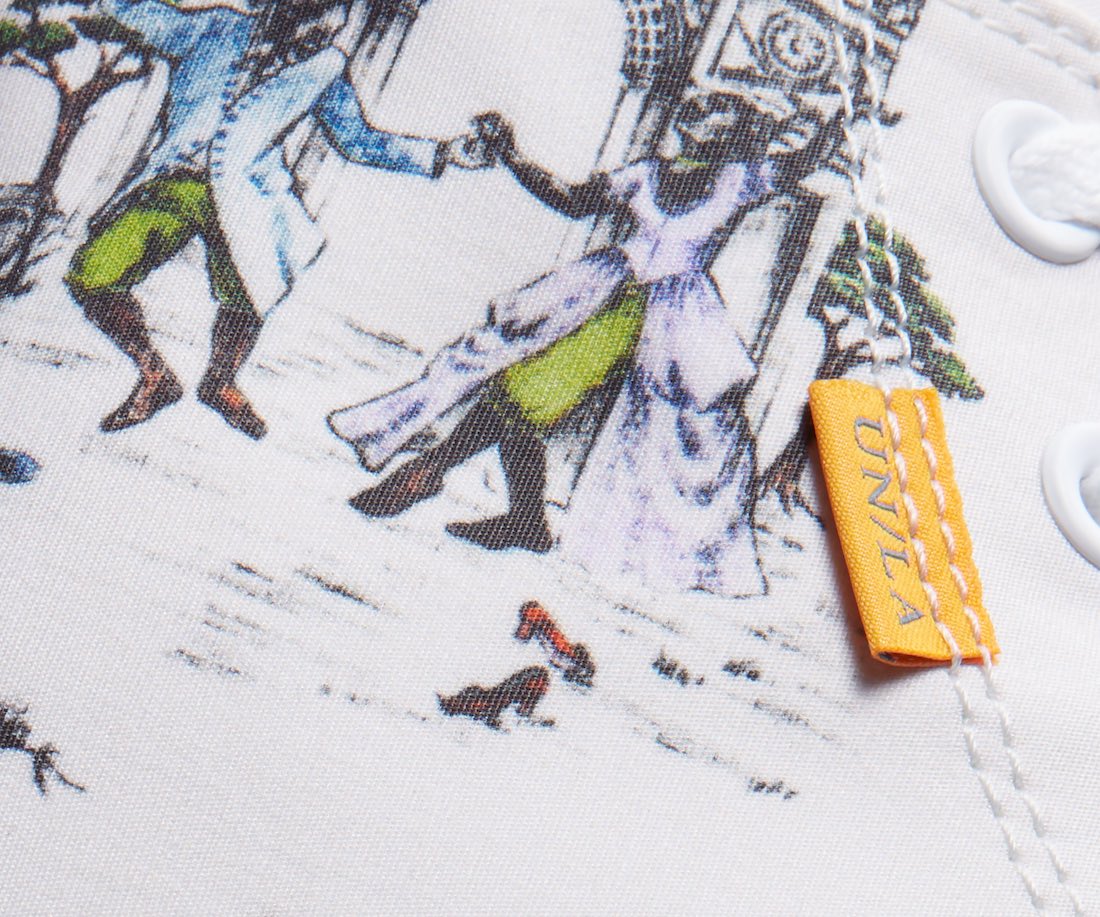 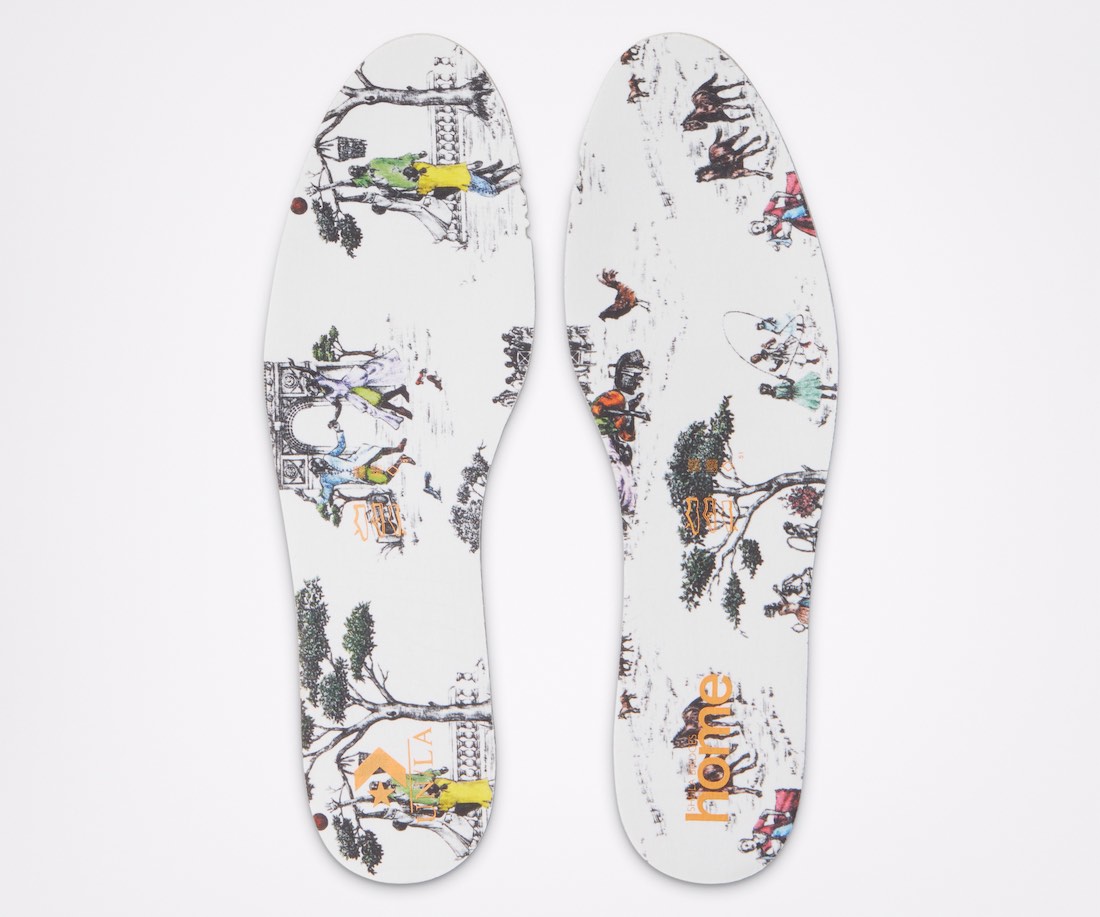 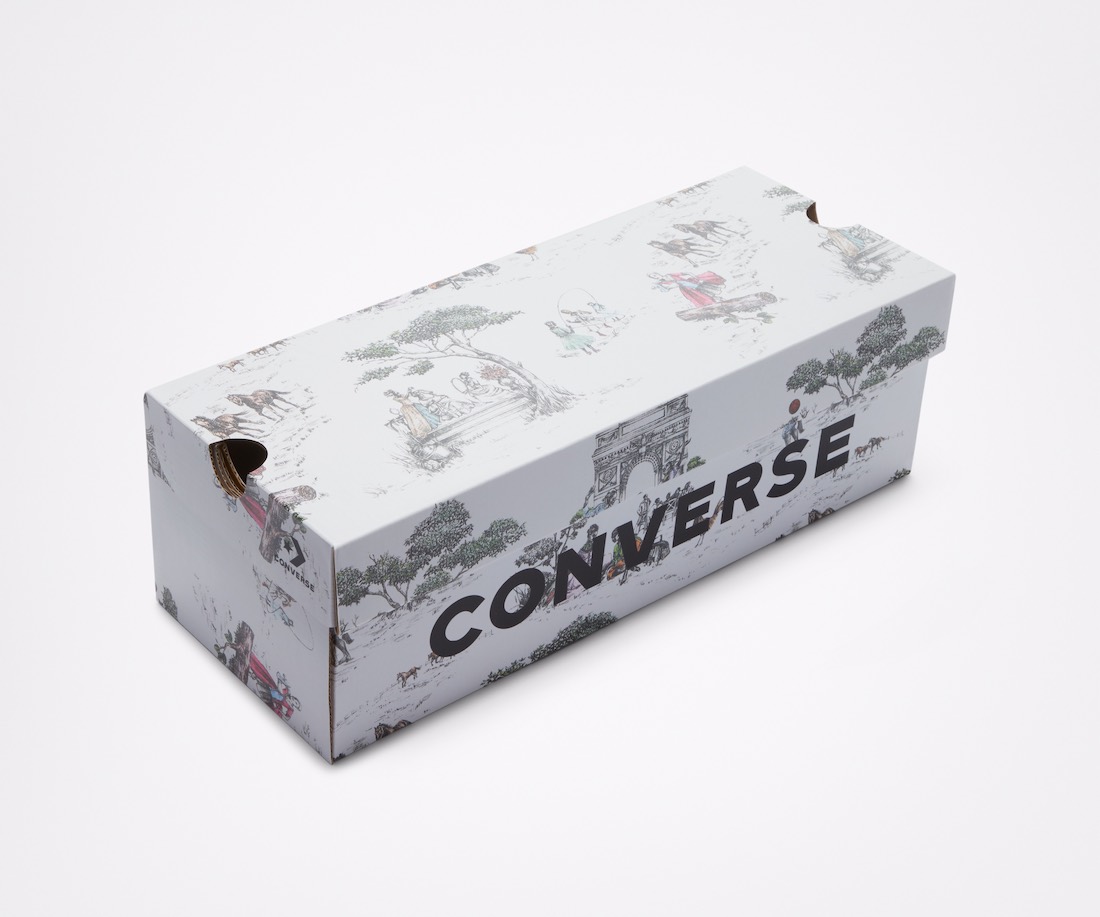 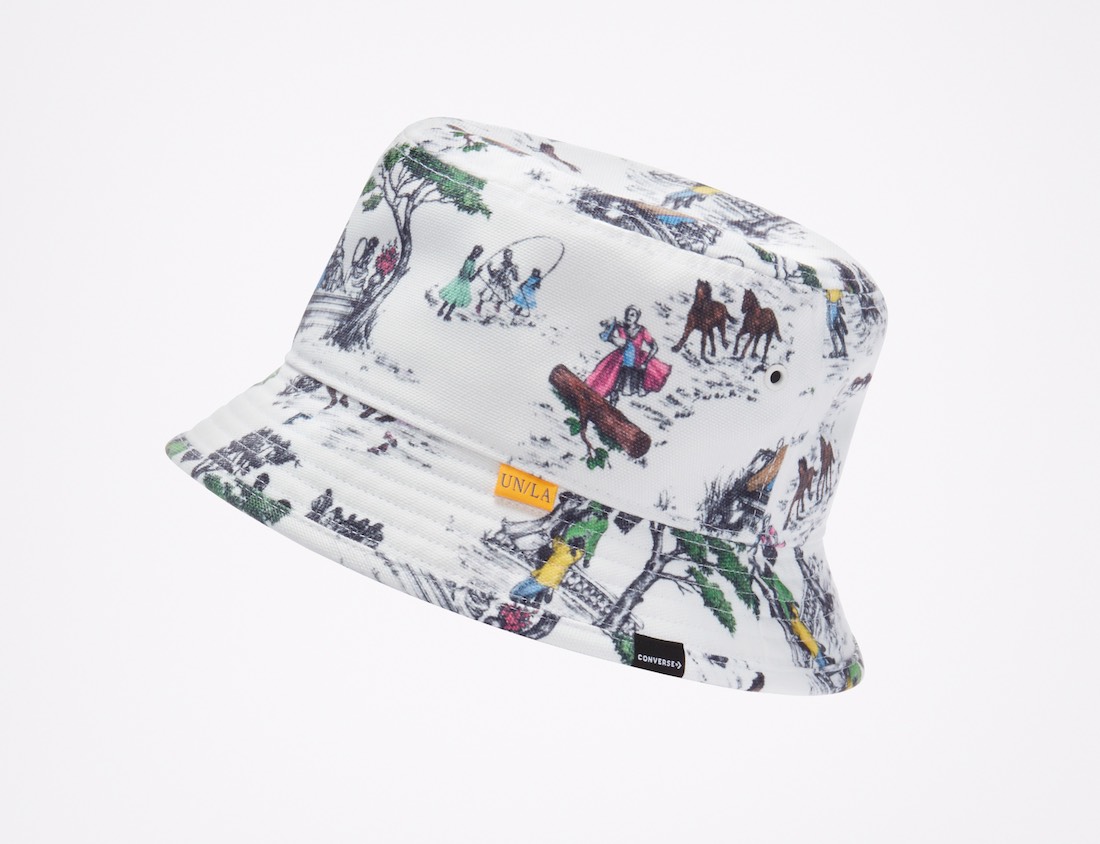 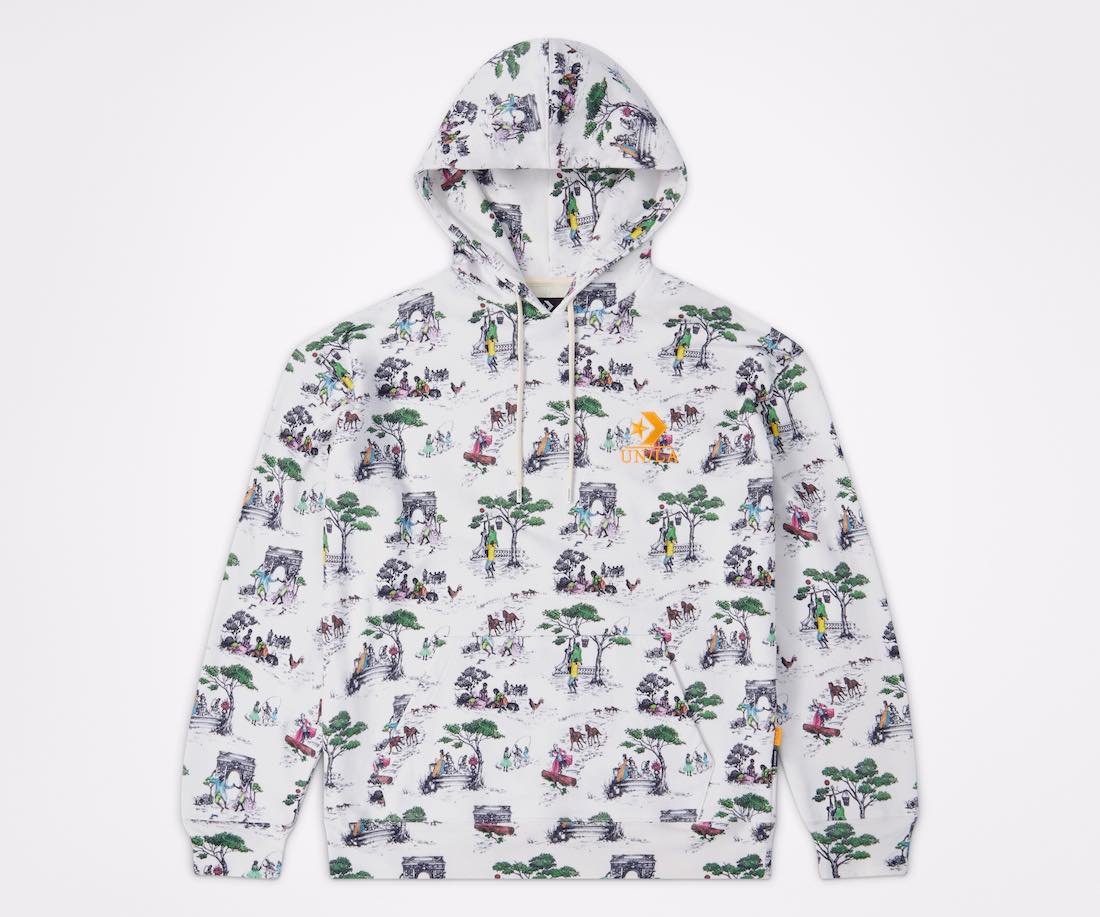 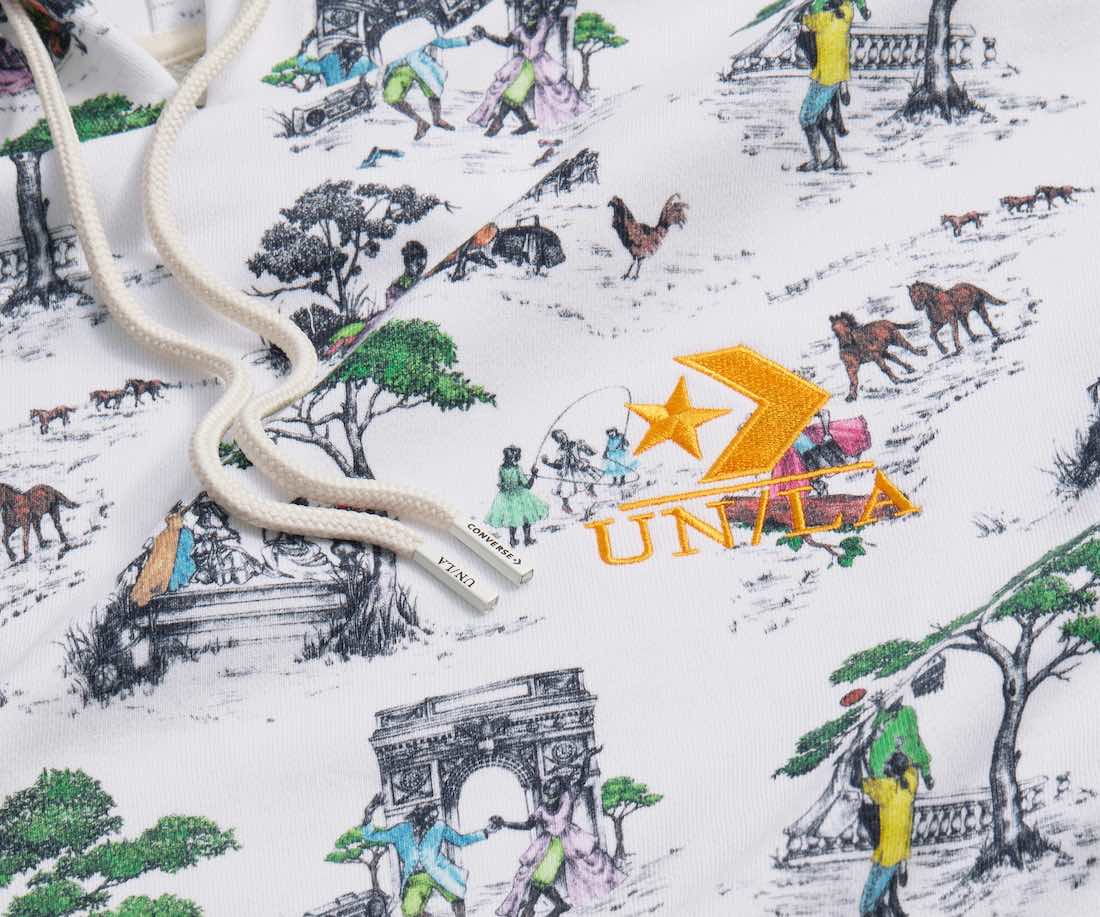