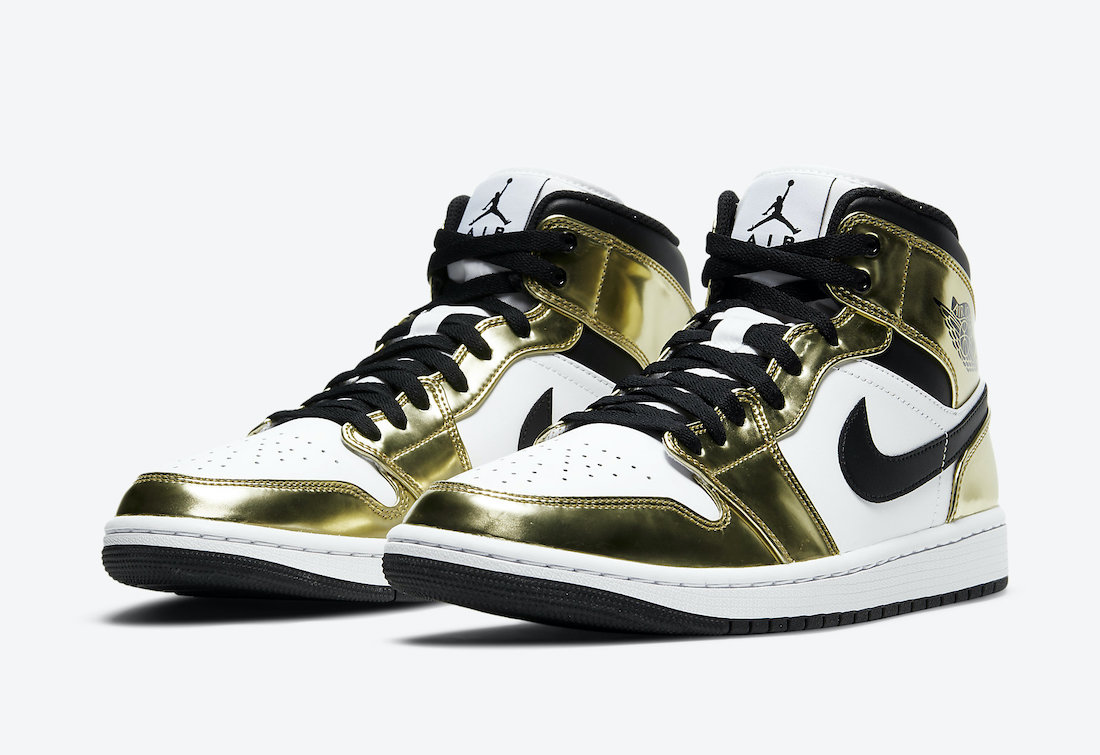 Coming soon is another Air Jordan 1 Mid that will feature a luxurious theme and comes highlighted in Metallic Gold.

Going over this mid-top Air Jordan 1, it comes with White leather across the base while Black leather appears on the collar, Swoosh logos on the panels and laces. In addition, we have Metallic Gold that wraps the toe, heel, ankle collar, and eyestay. Other details include a White midsole and Black rubber outsole.

Below you can check out more images of this Air Jordan 1 Mid ‘Metallic Gold’, which will give you a closer look. A release date is currently scheduled to take place at select retailers including Nike.com on November 30th. The retail price is $130. Once more information is available, we will make sure to update you.

Update (9/5): We now have official images of the Air Jordan 1 Mid ‘Metallic Gold’ which will release during October. 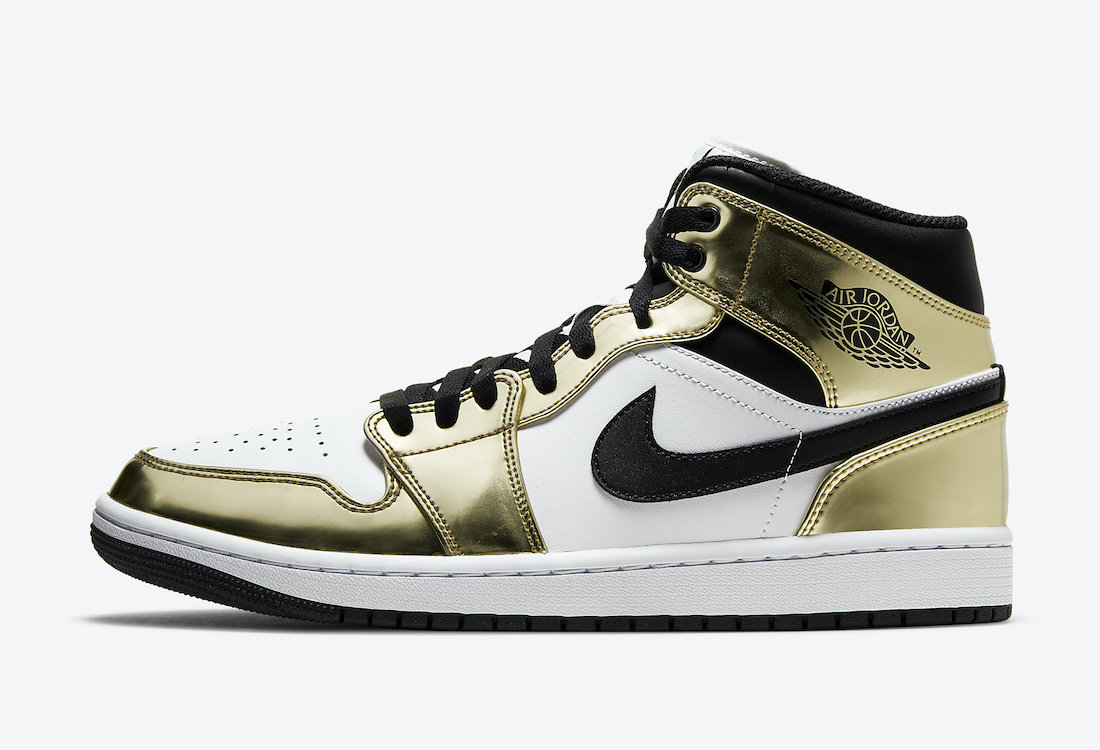 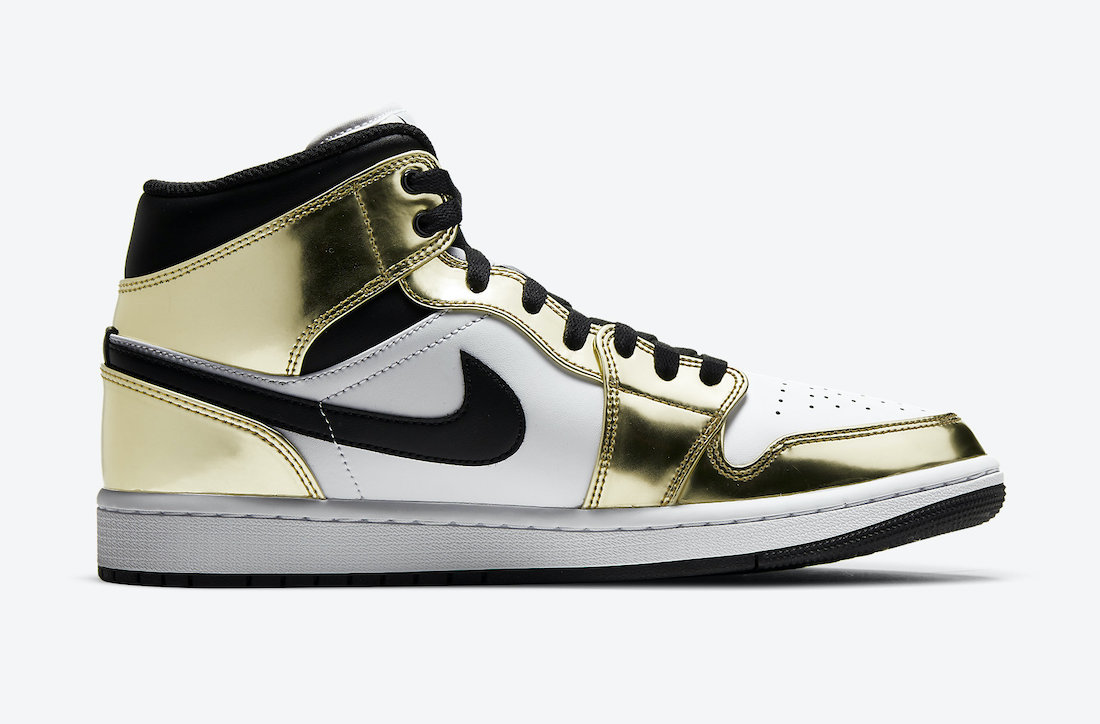 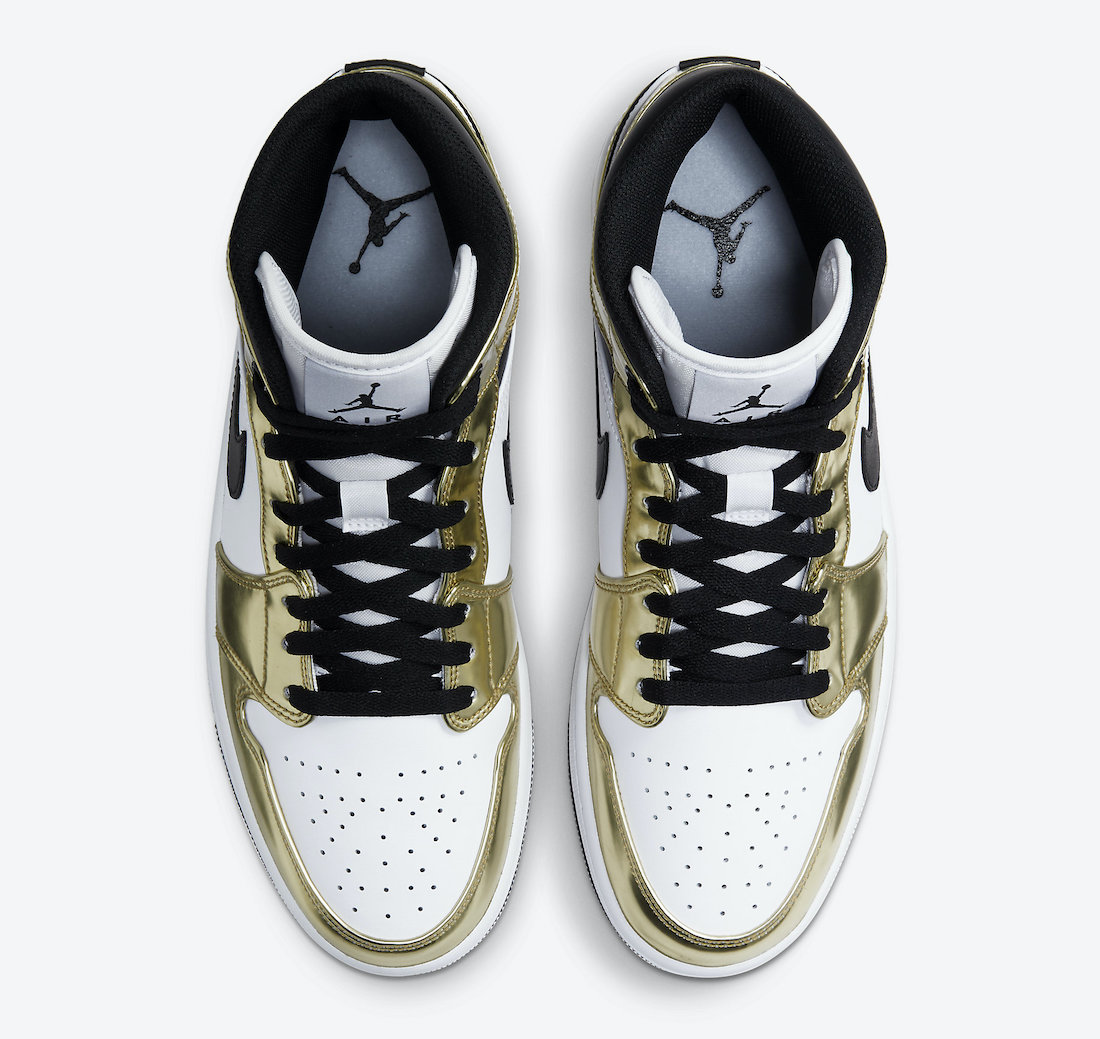 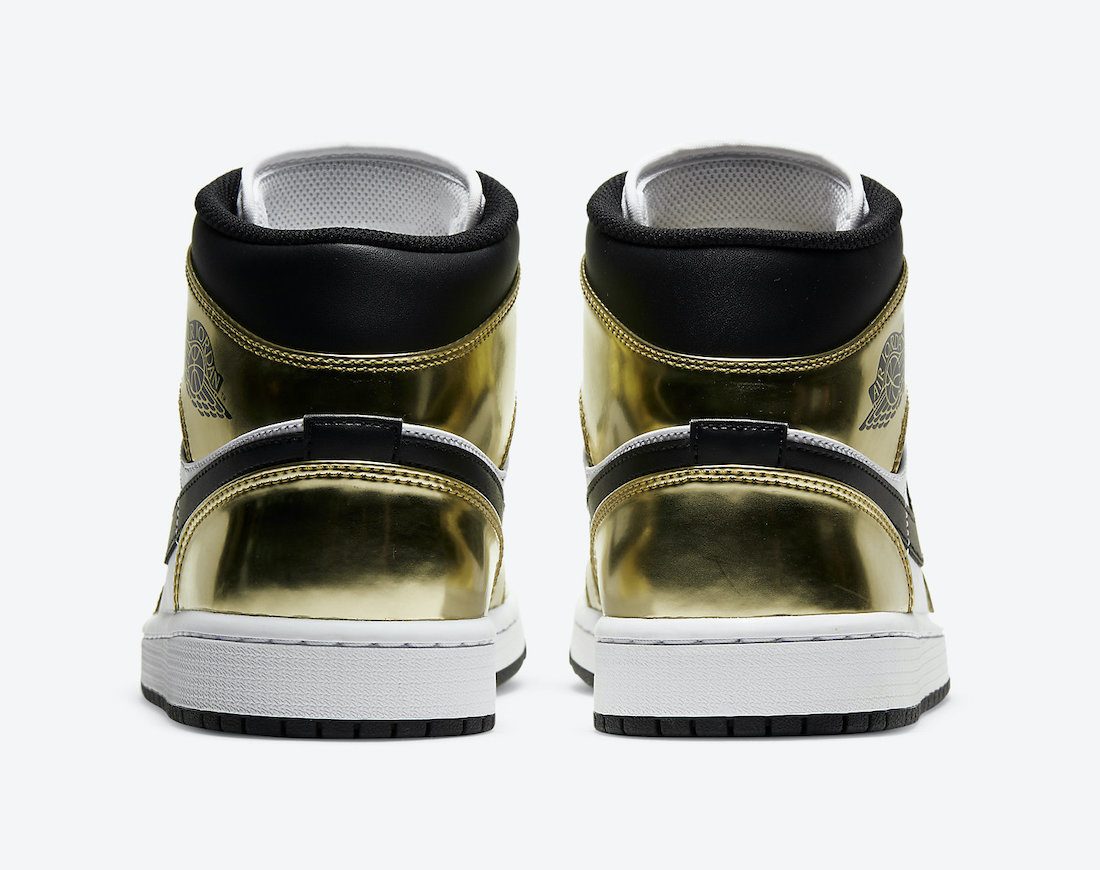 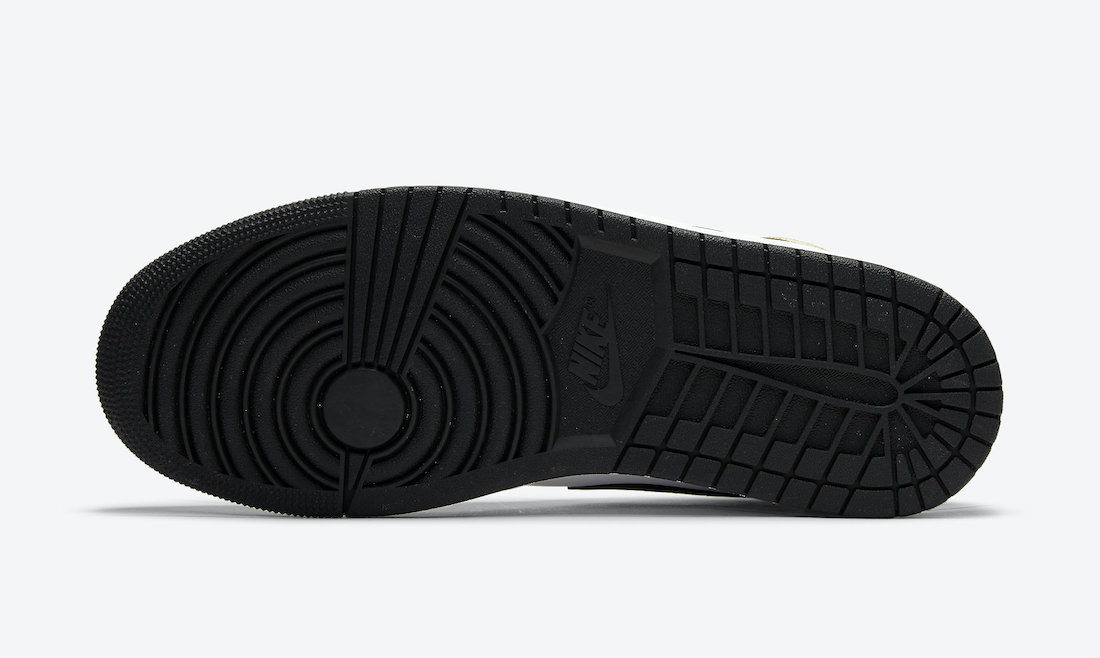 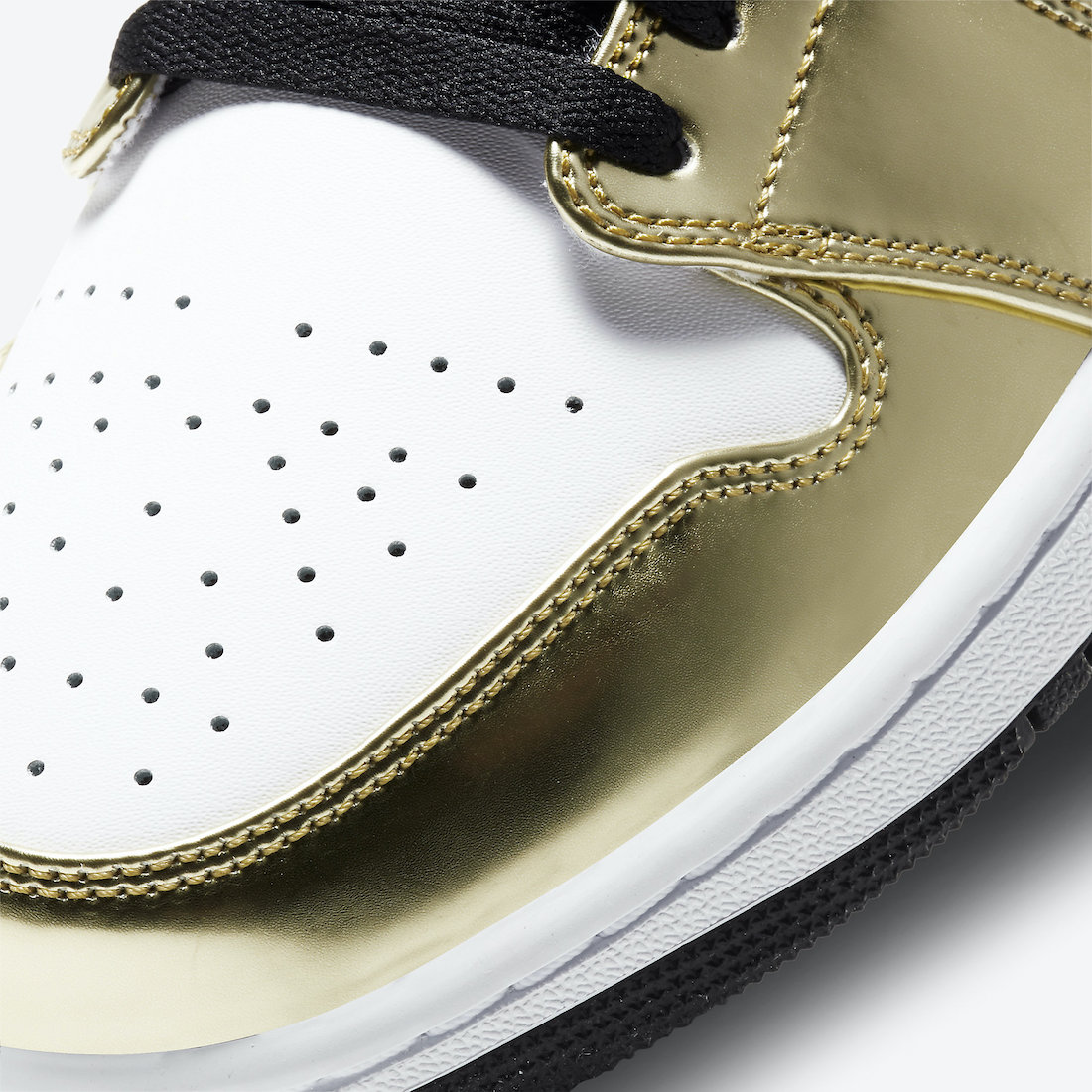 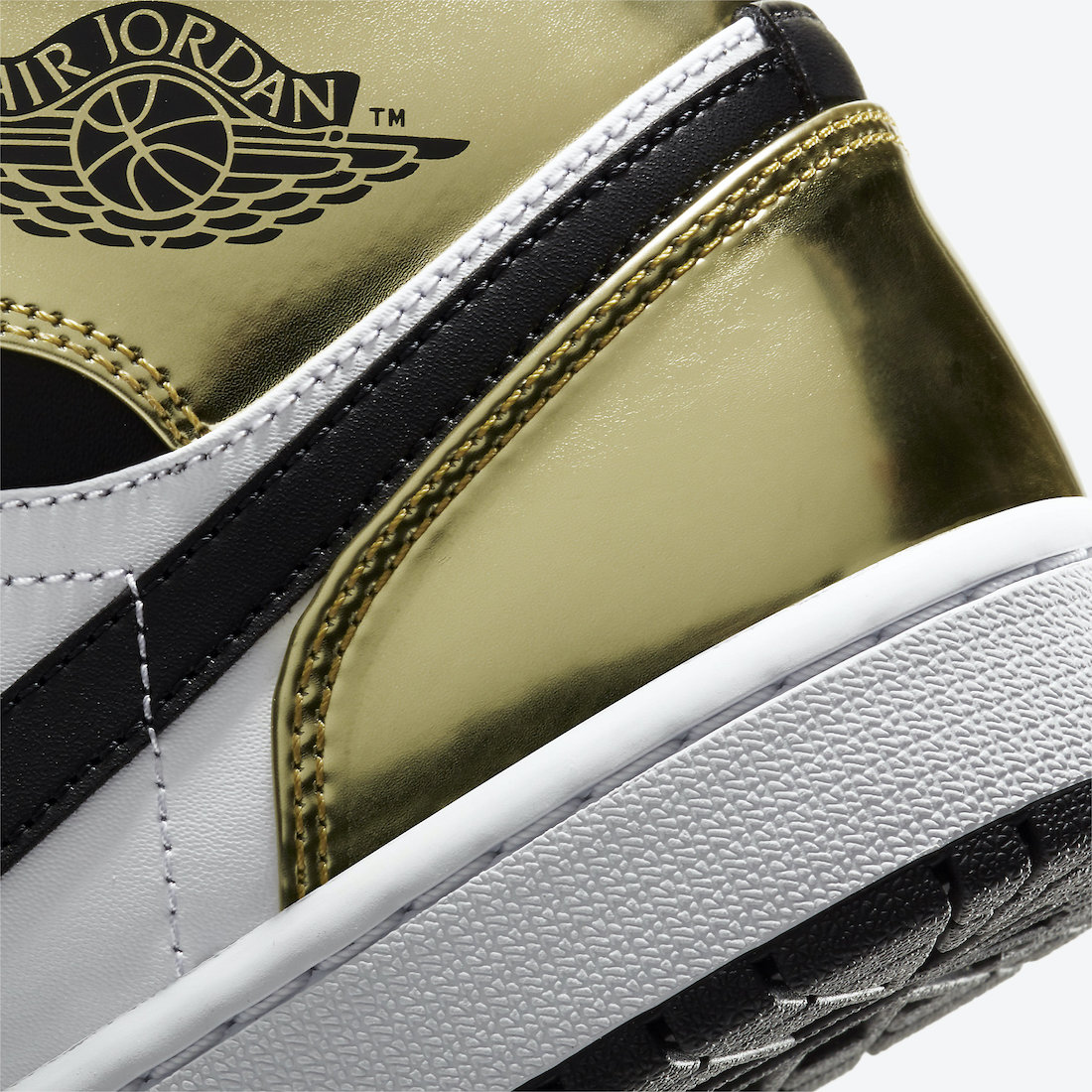 Update (8/28): The Air Jordan 1 Mid SE ‘Metallic Gold’ is expected to release in full family sizing on October 1st for $130 according to DJ Folk.

Update (7/22): The Air Jordan 1 Mid ‘SE ‘Metallic Gold’ is expected to release sometime this Fall via Soleheatonfeet. Check out on feet photos via s.sam.group. 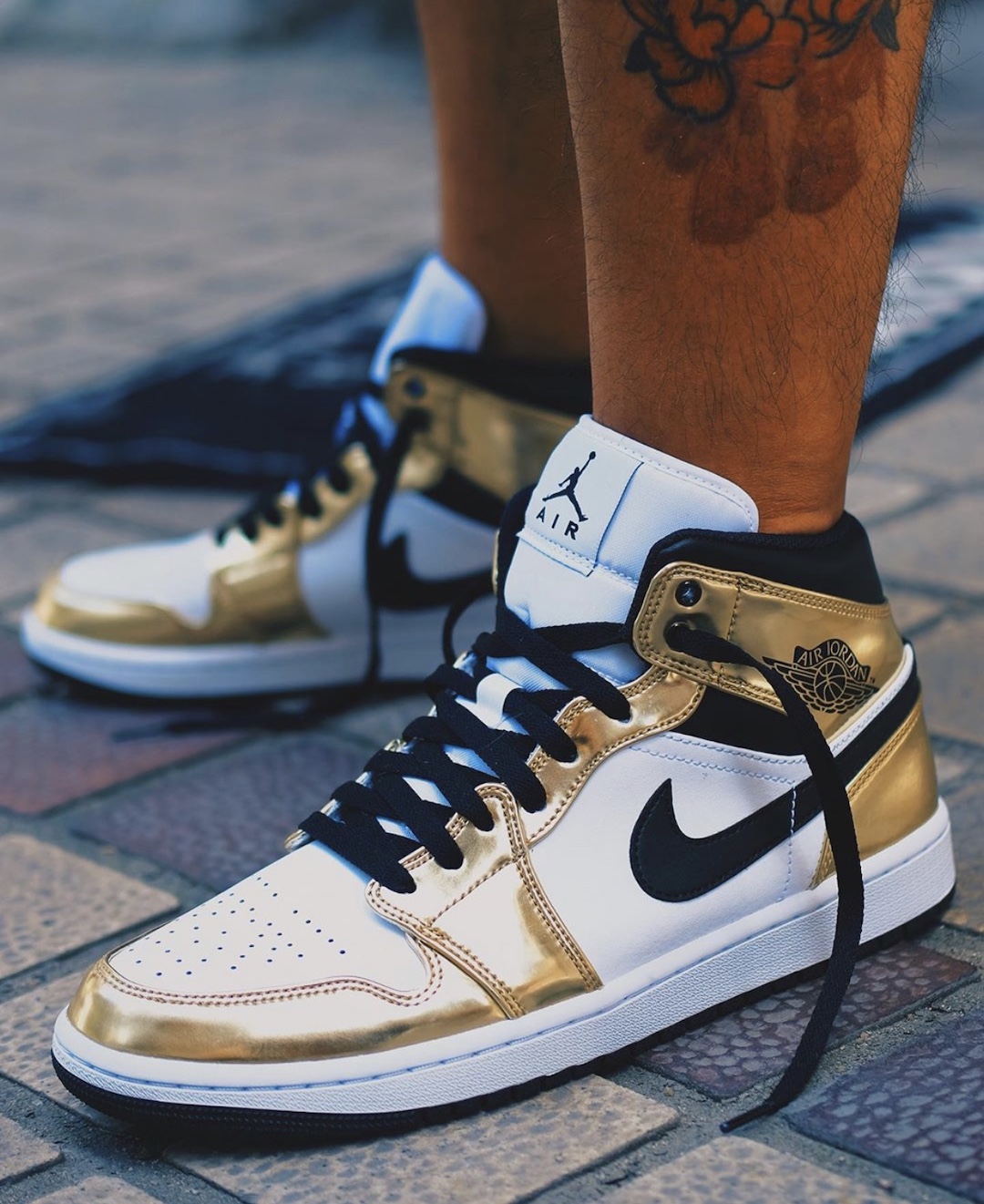 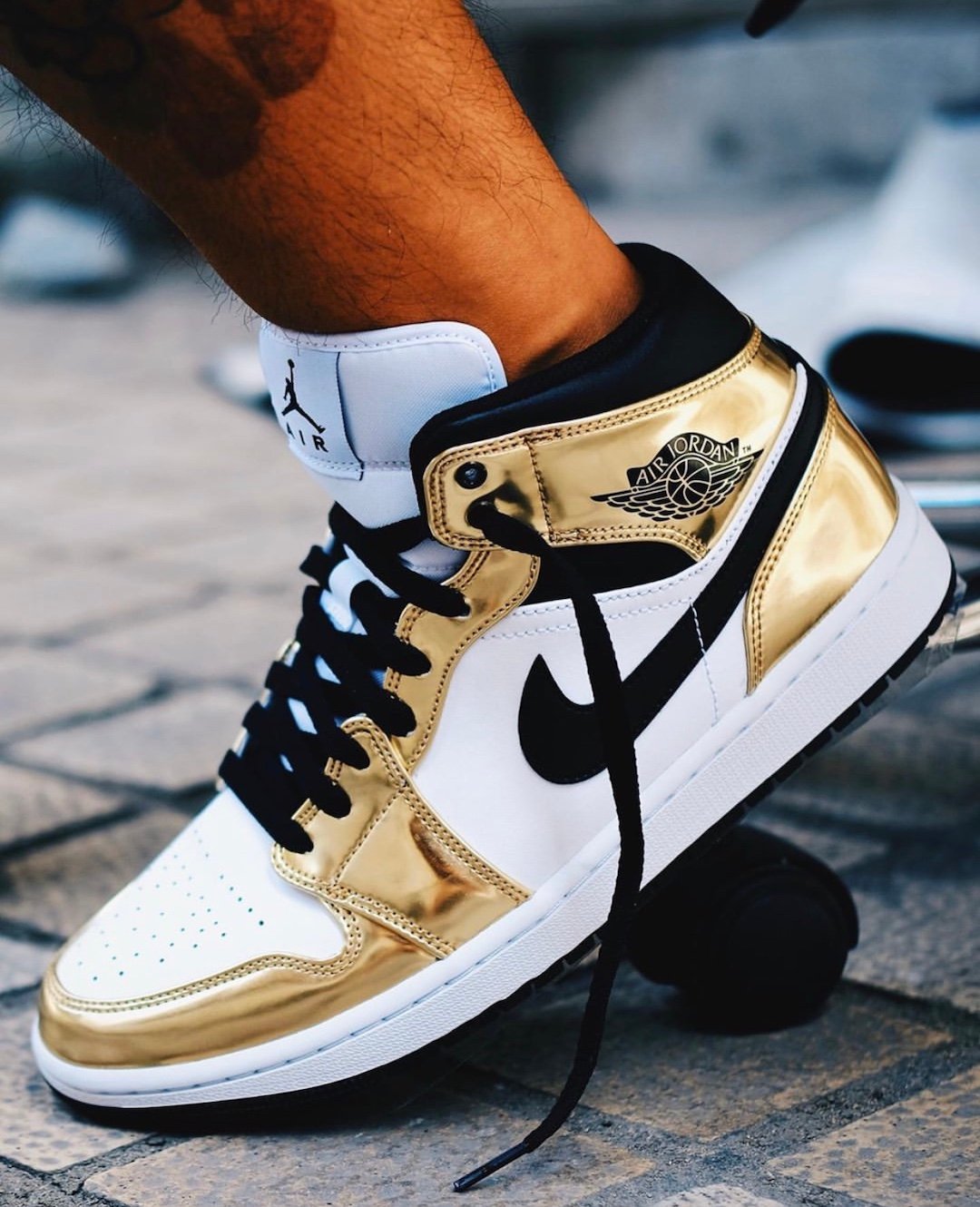 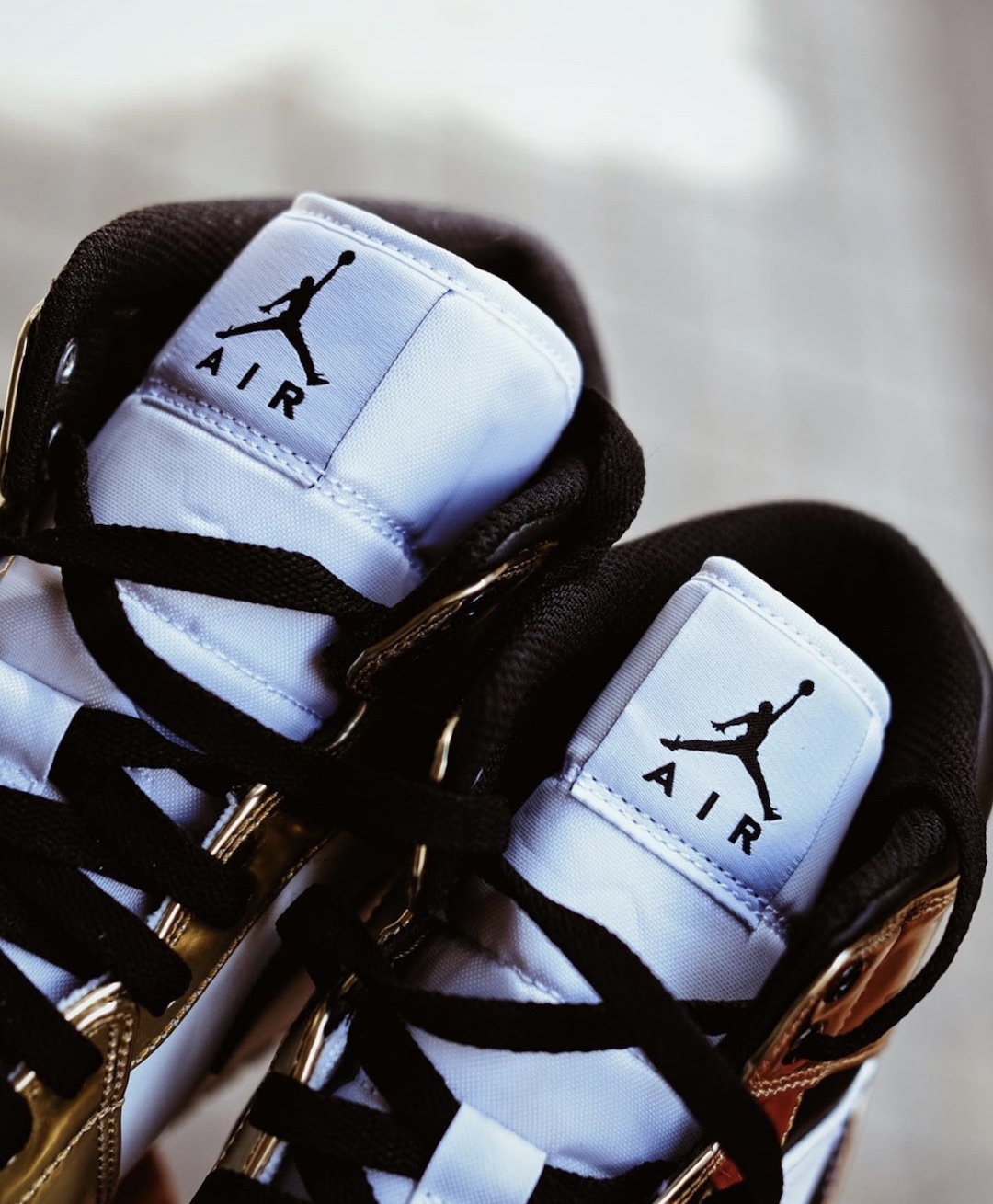 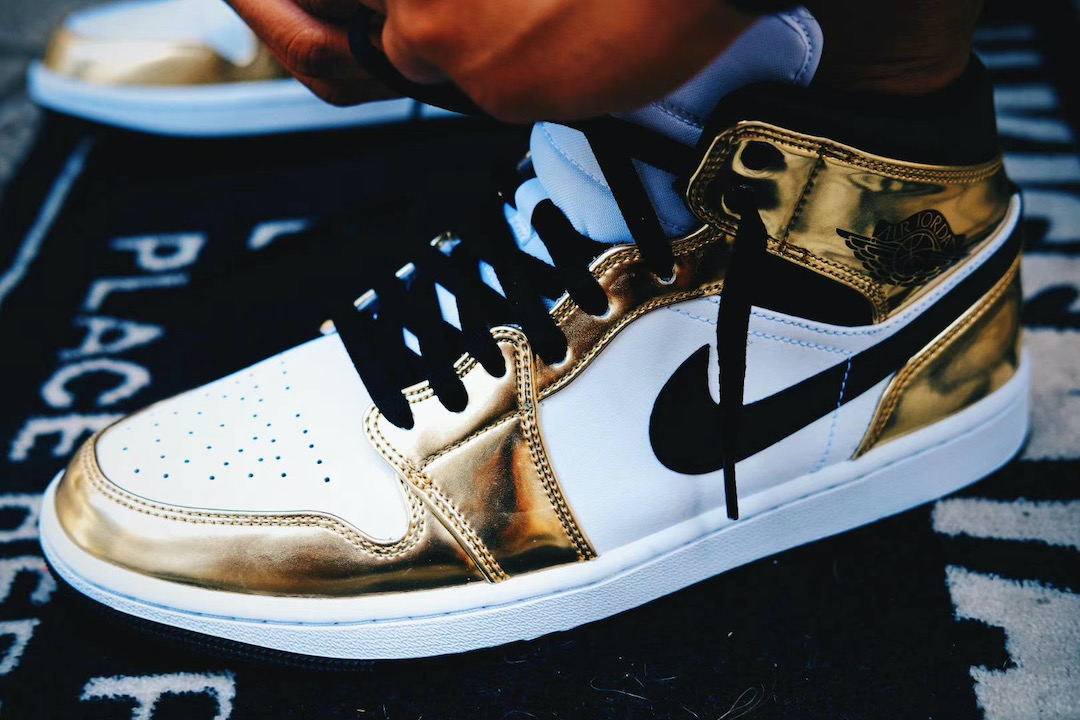 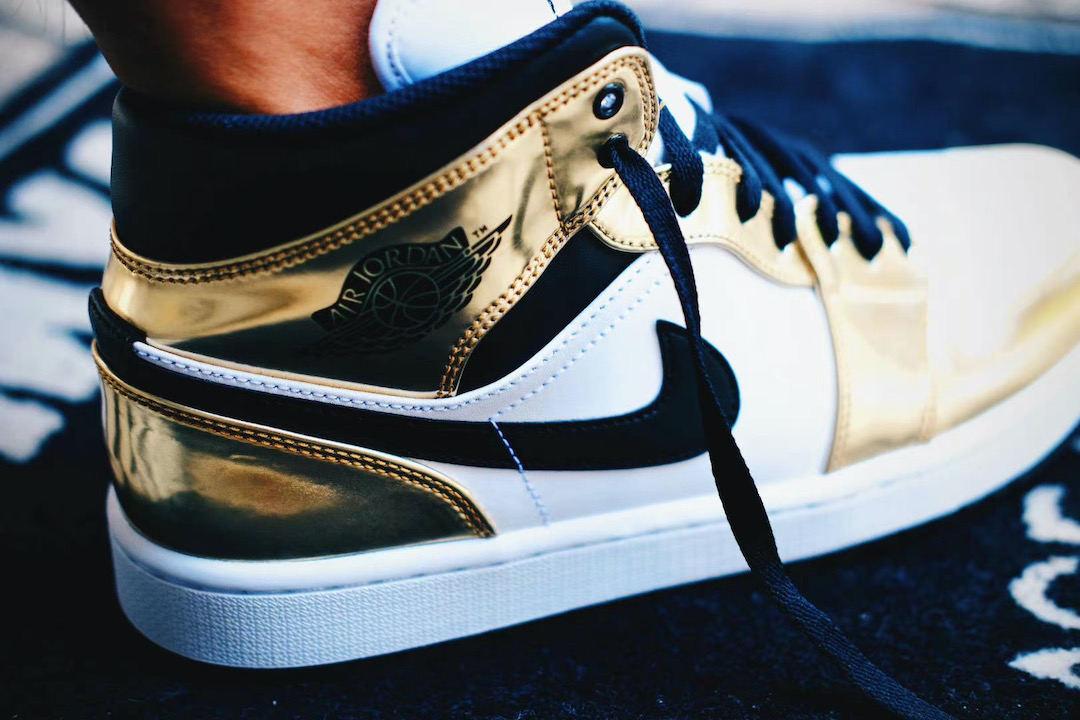 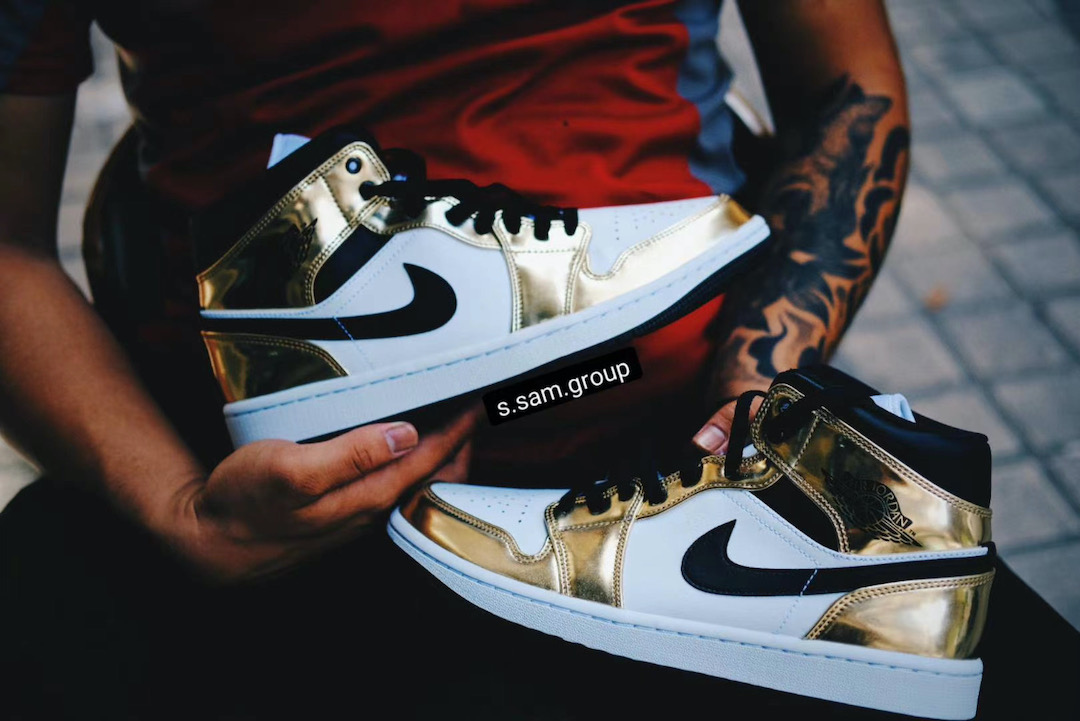 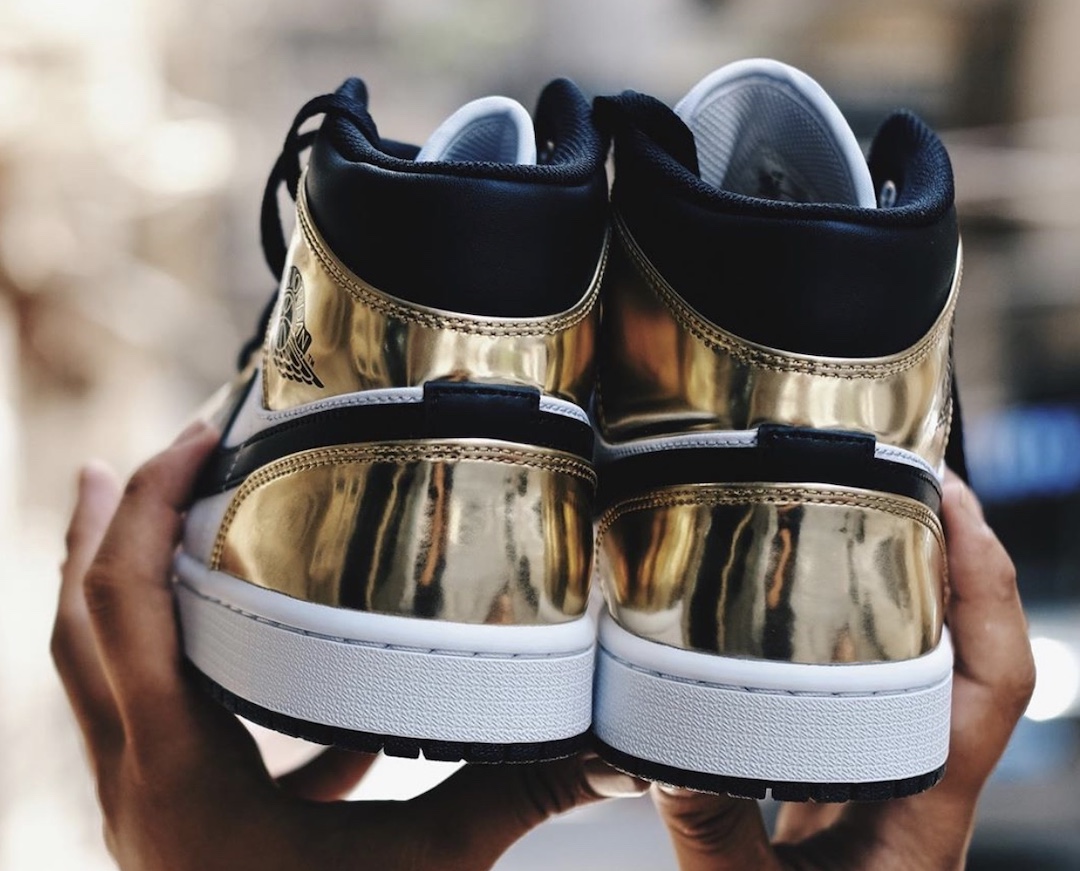 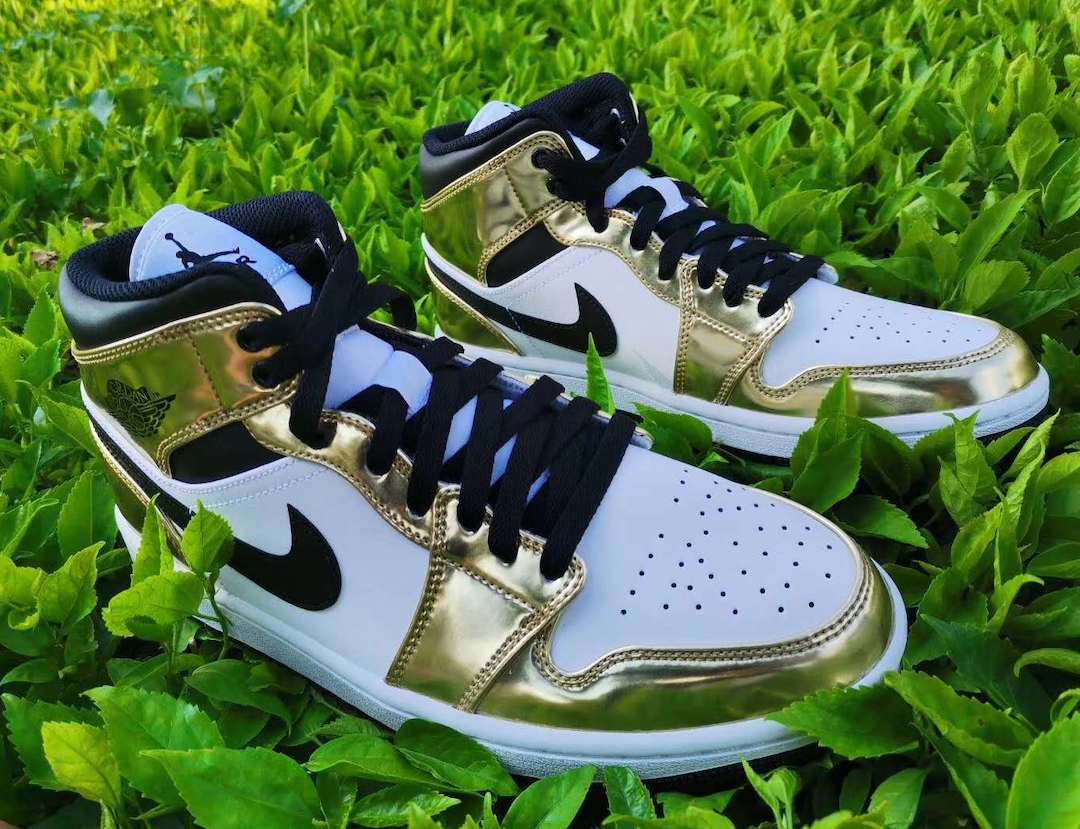 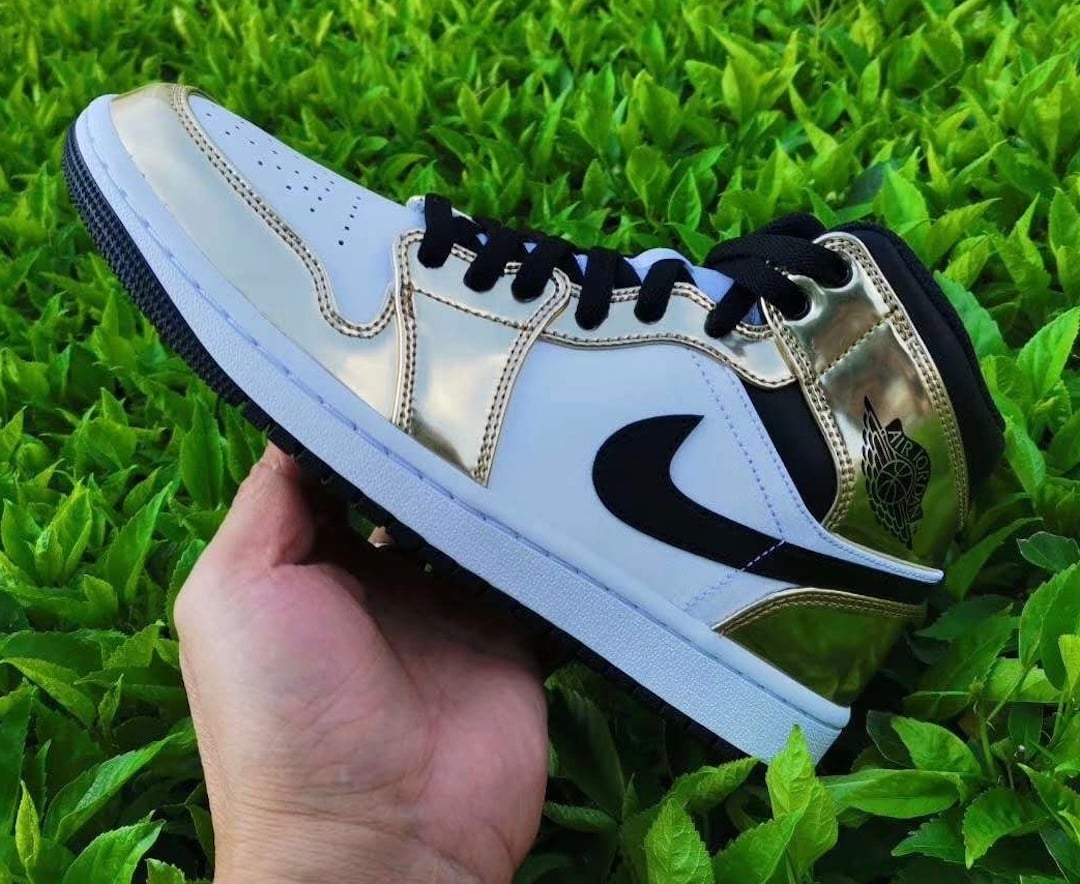 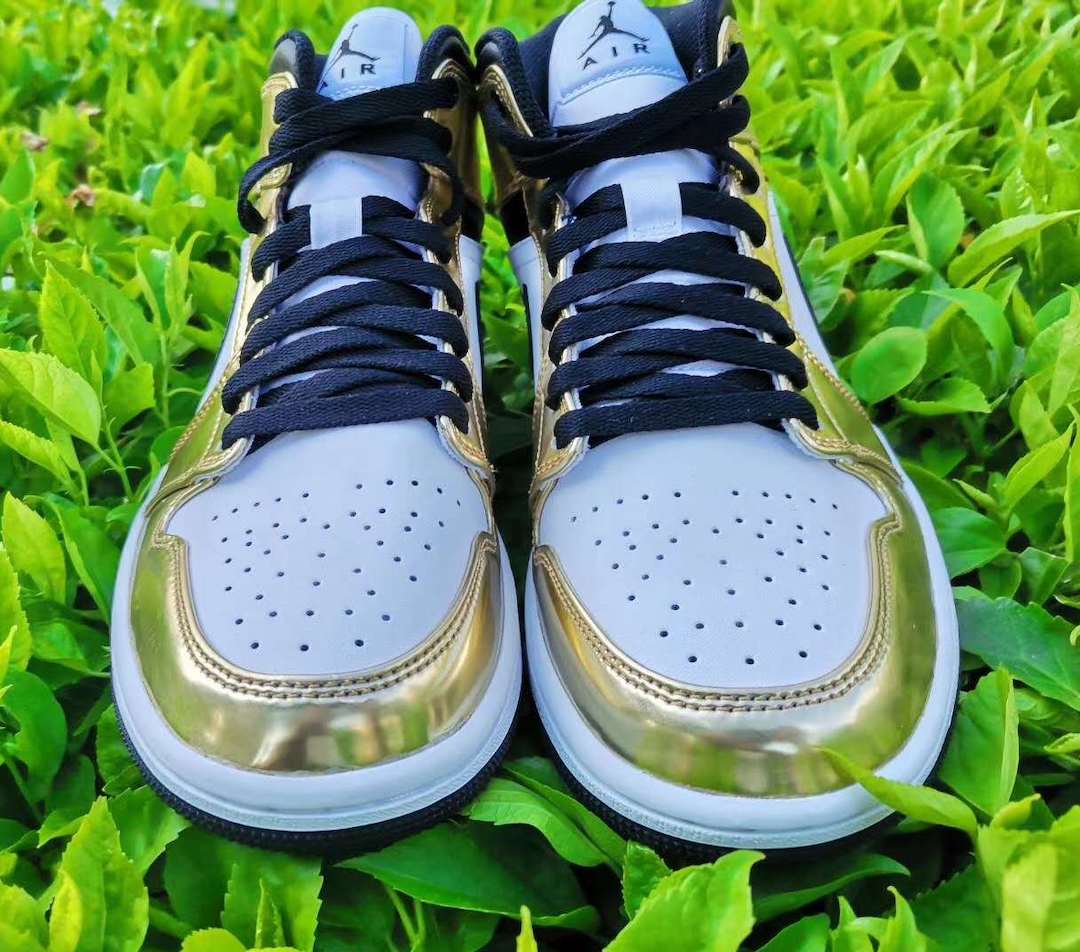 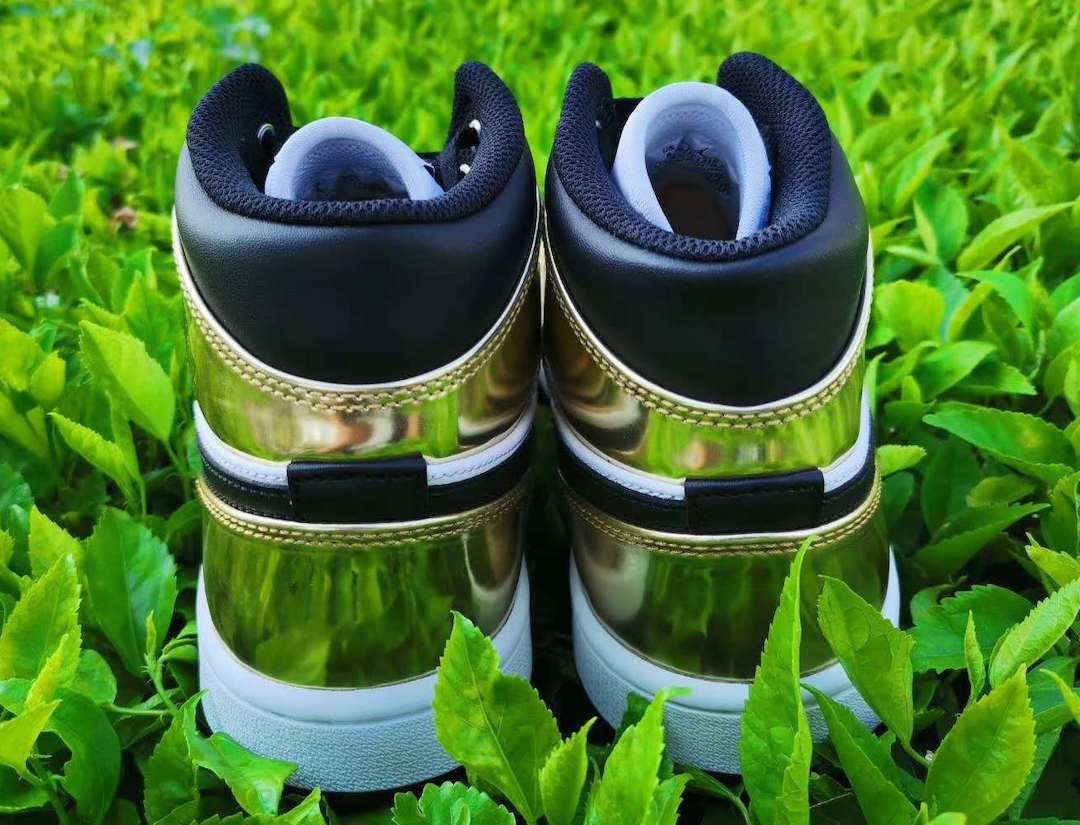