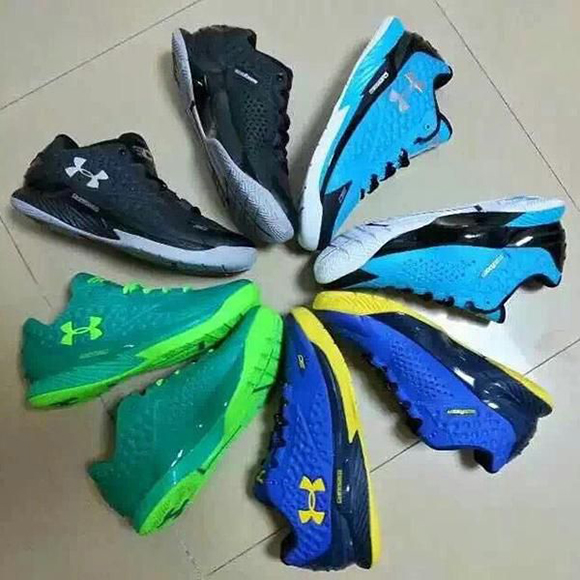 Fresh off his MVP award, Under Armour and Curry are still in the kitchen cooking up more pairs. Not long ago we got a first look at the Under Armour Curry One Low, which be feedback people are liking them more than the highs. Now this follow up post shares more colorways of the upcoming release.

The color schemes shown appear to translate from the highs. From the group of Under Armour Curry One Lows we see a Golden State Warriors color theme which is being called ‘Curry Camp’, ‘Panthers’ and Hornets. Some are saying the green and yellow model is inspired by golf.

As of now specific release dates for the Under Armour Curry One Low hasn’t been announced but sources are saying the brand will start rolling them out in July. 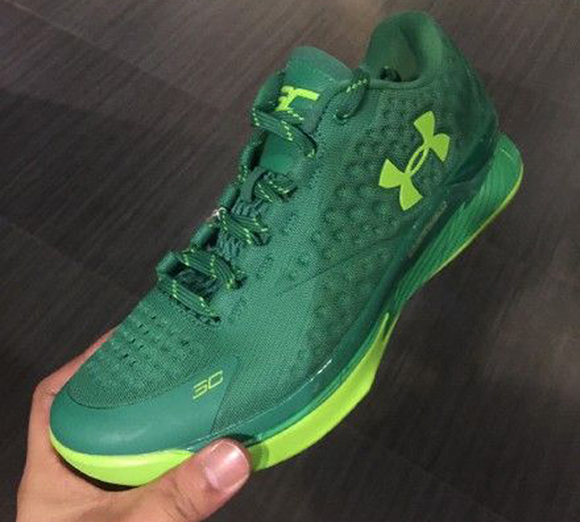