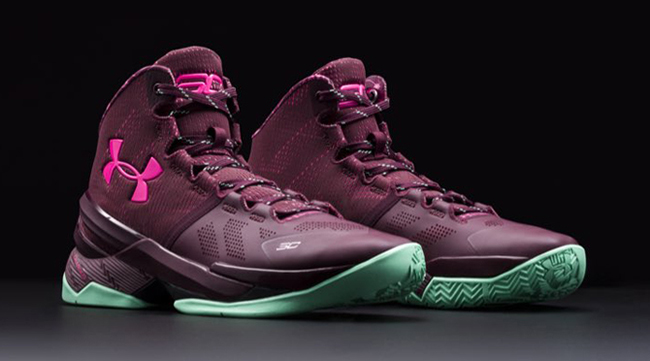 The Under Armour Curry 2 ‘BHM’ is finally releasing after being spotted a few times over the last few months.

Stephen Curry wore this pair on Martin Luther King Day on January 18th when the Golden State Warriors took on the Cleveland Cavaliers in a huge win at home. Curry even wore this pair on the cover of GQ Magazine.

Through the base is Maroon while the shade also extends across the tongue, laces and midsole. Pink then lands on the UA branding on the side and SC on the tongue. Completing the looks is a light Green on the outsole and sole.

The ‘BHM’ Under Armour Curry 2 will release at UA retailers this Saturday, February 6th 2016. Retail price is set at $130. Let us know what you think of them and if you plan on picking up your size.