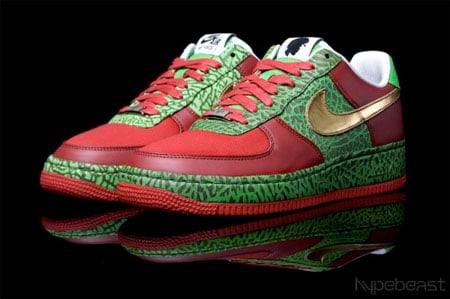 Previously, we’ve covered the Busy P and Nitro Microphone Underground Nike Air Force 1 from the 1World project, here’s a taste of what the ?uestlove model looks like. Featured, is a combination of burgundy leather, red canvas and neon green elephant print. Also sported, are red shoelaces, a lasered silhouette of ?uestlove, and a golden swoosh. ?uestlove claims that these shoes will make a statement, which we believe will and have done so far. Via hb.

Release dates are as followed: 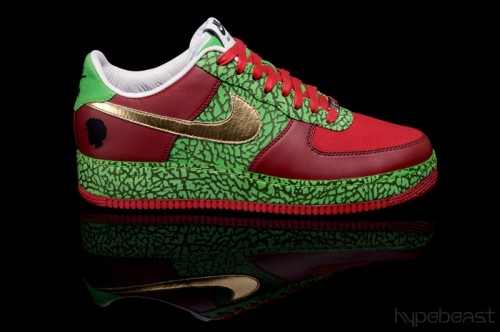 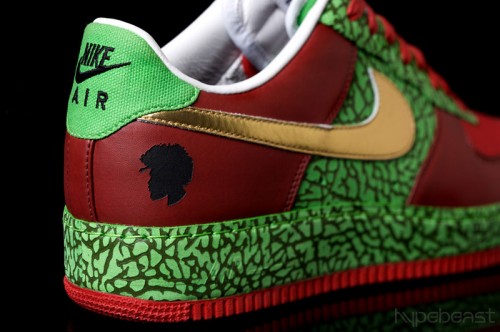 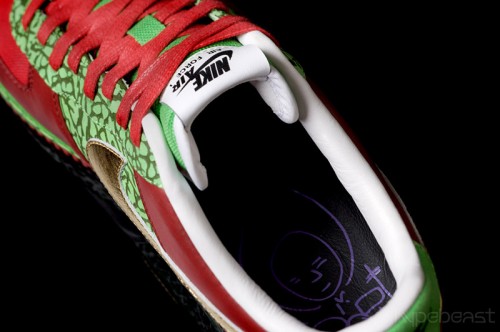