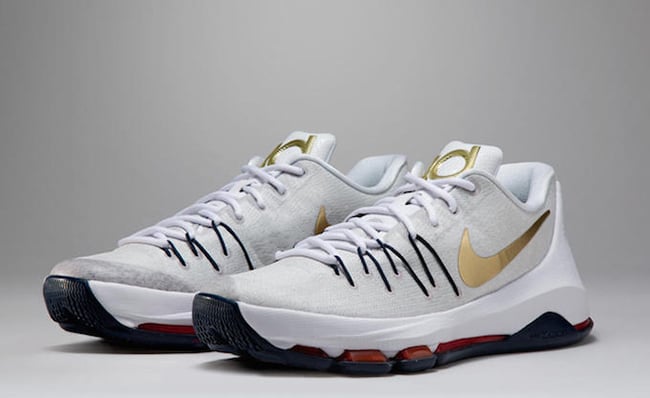 To celebrate the 11 National Championships as well as the current one, Nike has released the KD 8 along with an official t-shirt to match.

The Nike KD 8 used is from NikeID and comes in Grey, White, Navy and Red along with Metallic Gold across the Swoosh. On the inner tongue is ‘National Champs’ embroidered while the number ’11’ is placed on the heel that celebrates the teams’s record national championships.

The UConn NikeID KD 8 National Champions was given to the squad, however if you would like to design your own pair, the brand has made them available on NikeID. 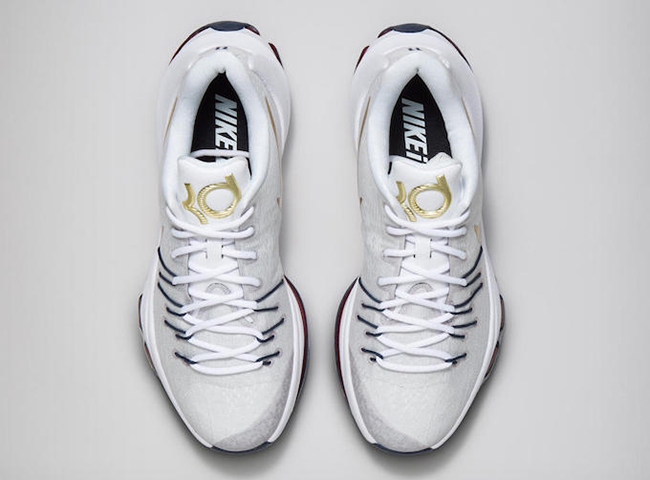 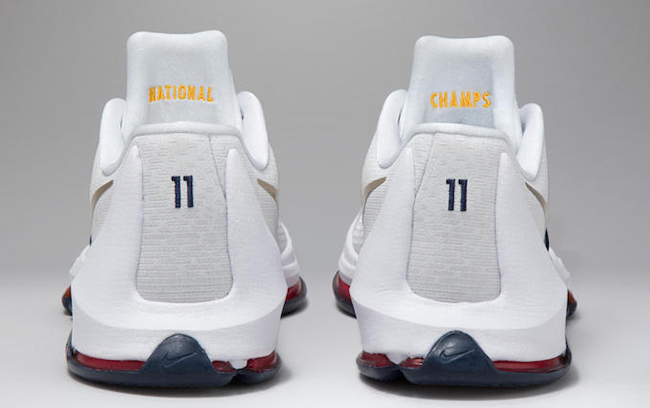 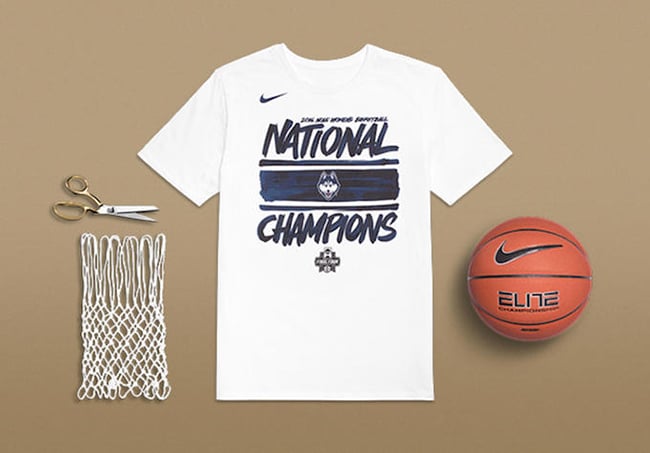