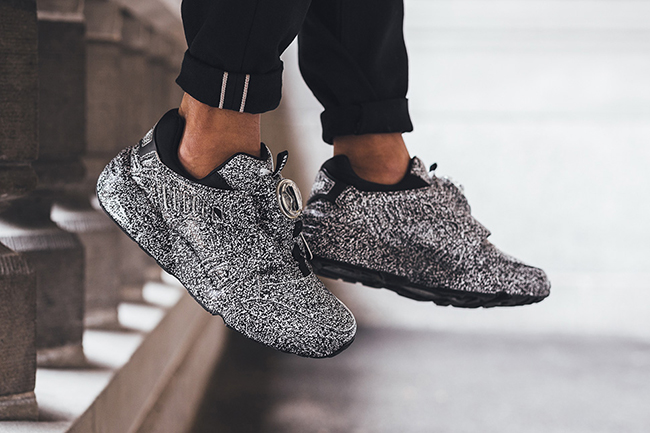 Trapstar which is base out of London continues to make hit collaborations with Puma. Back in 2015, the two connected on a Black pair of the Puma Disc Blaze which used speckled detailing on the midsole. Now the two will launch the Trapstar x Puma Disc Blaze ‘White Noise’ for 2016.

This Puma Disc Blaze will feature a Black base, however overlaying the entire shoes is White Noise. Black is then used again on the liner and outsole while Trapstar branding lands on the tongue tabs.

The Trapstar x Puma Disc Blaze White Noise is set to release this Saturday, May 28th at select retailers overseas. One of the locations you can purchase from will be Titolo. Retail price will be CHF 179.90 which is approximately $181 USD. Below are additional photos which showcase how they look on feet. We will make sure to give you a heads up if they wind up releasing stateside. 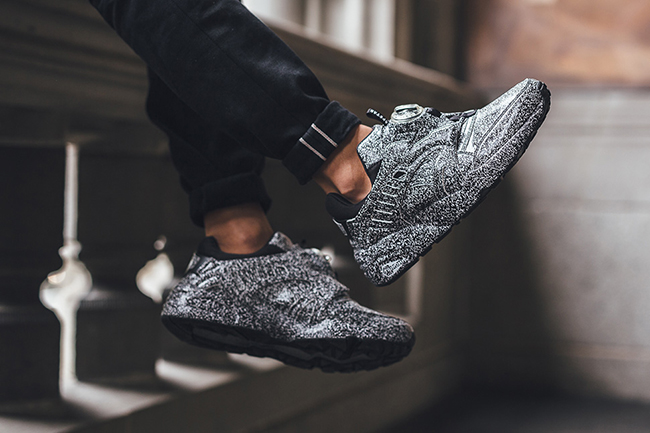 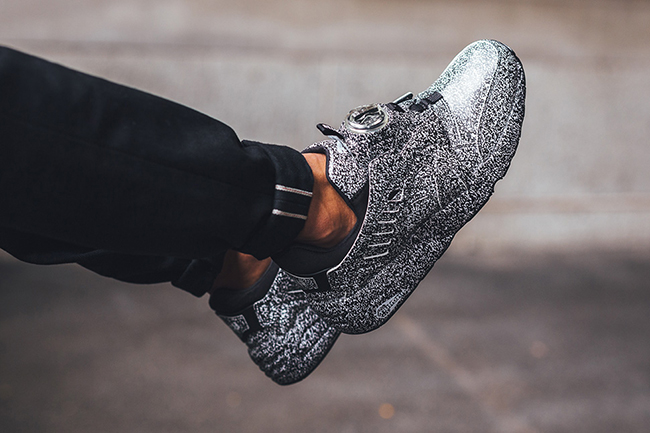