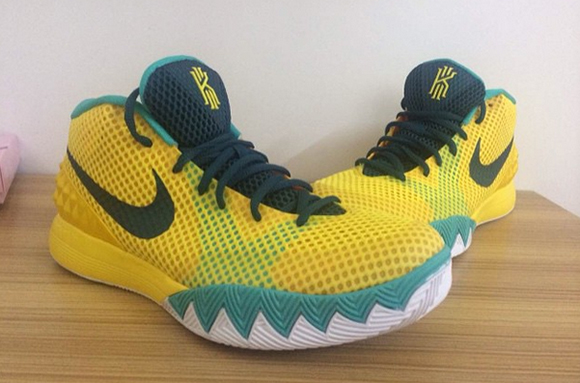 With a release midway through June, the Nike Kyrie 1 in Tour Yellow will be just in time for the Summer and who could resists this clash of bright colors? Ok maybe some of you can, but for those that saw our first look at them and knew they had to have them, we bring you a few additional images.

The Nike Kyrie 1 Tour Yellow obviously receives it’s nickname from the shade used across the uppers, but it wouldn’t be a big surprise if Nike came out closer to release date with an actual theme or inspiration behind the shoes. Coming in on part of the midsole, liner and underlay is the use of light retro aka teal. Finally the rest of the midsole is made up of white. 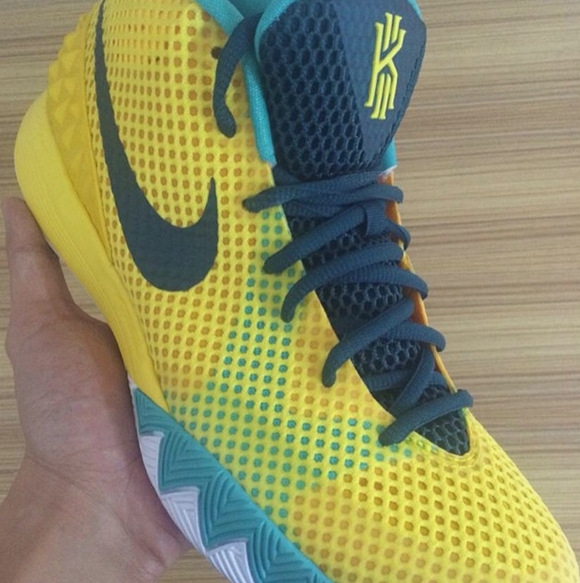