Titolo has officially got in on the Asics Gel Lyte III 25th anniversary celebration by collaborating with the brand and the model. The end result is what’s known as the ‘Papercut’.

Inspiration for the Titolo Asics Gel Lyte III Papercut came from “Scherenschnitt” (also known as paper cut and scissor cuts). The pattern from Scherenschnitt is used on Titolo’s new store ceiling and is also a salute to the 16th century where the art tradition was founded in Switzerland and Germany.

The Asics Gel Lyte III Papercut by Titolo will launch on March 28th 2015. As far as retail price and availability goes, we should know more on that very soon. 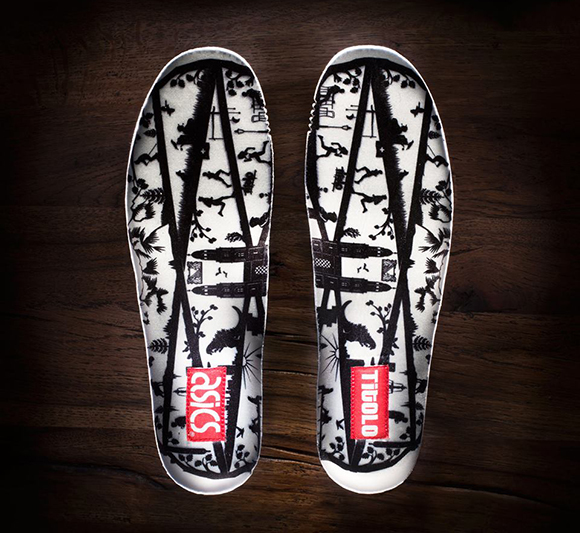