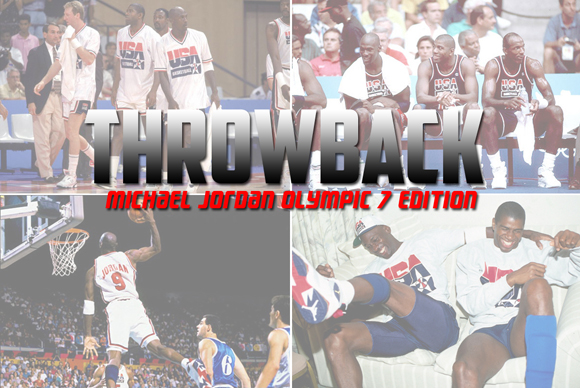 The Air Jordan VII (7) will return to the Olympic stage once again. With a retro release happening this Saturday, July 21st, new and old sneaker collectors can look forward to the iconic Air Jordan model that has maintained its presence as one of sneakers’ best for two decades now.

Originally released back in 1992 when legendary player Michael Jordan was at the height of his career and also a key player in leading the “Dream Team” to a gold medal during that year’s Summer Olympic games in Barcelona, Spain, this Air Jordan 7 symbolizes greatness on all levels. Let us not forget, but this was a time when Jordan wore this “Olympic” shoe on the court alongside other Hall of Famers like Magic Johnson, Charles Barkley, Clyde Drexler, John Stockton, and more while averaging 14.9 points per game.

Sporting the original White/Midnight Navy/True Red colorway, the Air Jordan VII (7) Olympic featured MJ’s jersey number “9” at the heel and donned USA accents throughout. Having been re-introduced in 2004, this year will mark the sneakers’ third release (not including the “For the Love of the Game), and a special one at that.

Celebrating this release, apart of our Throwback Thursday’s, we feature Michael Jordan wearing the Olympic 7’s. Good luck on your purchase this weekend. 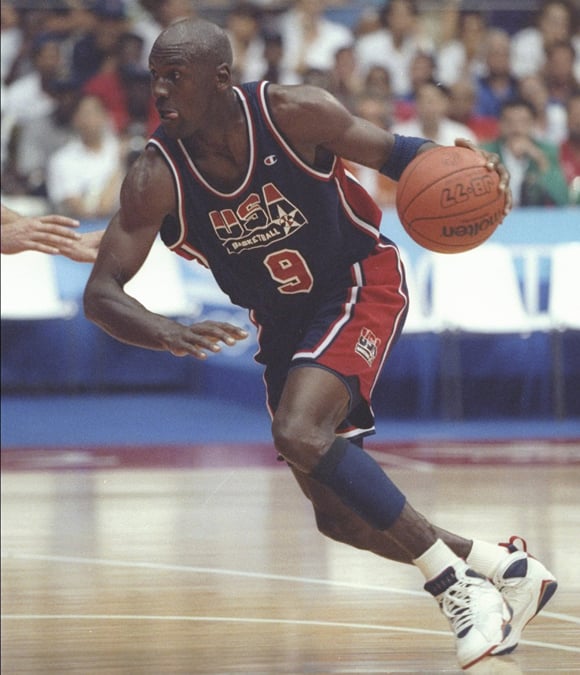 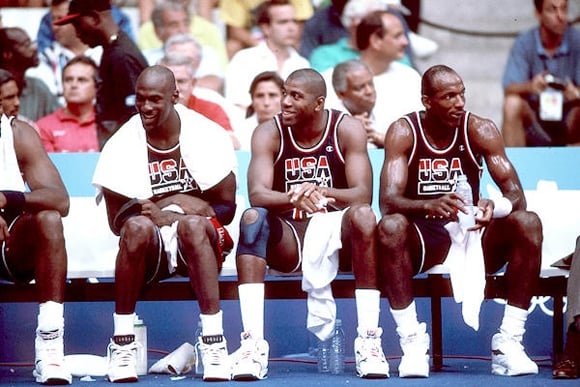 Michael Jordan running past a player from Team Croatia 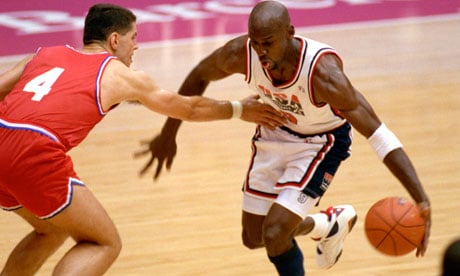 Jordan aggressively goes after a rebound 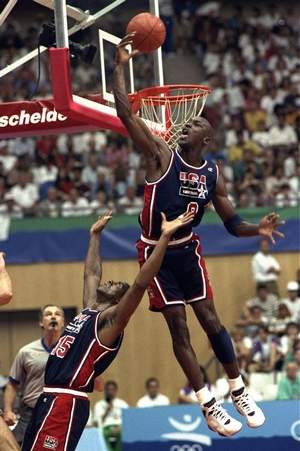 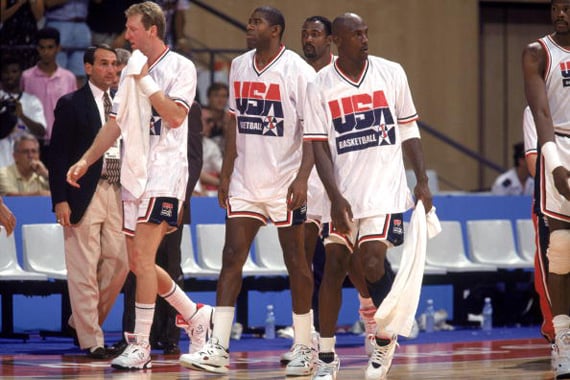 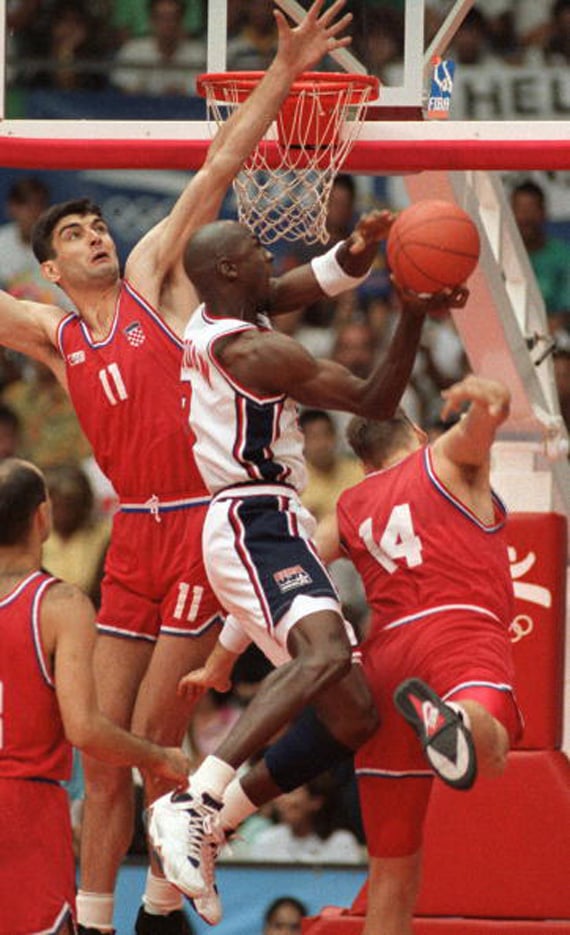 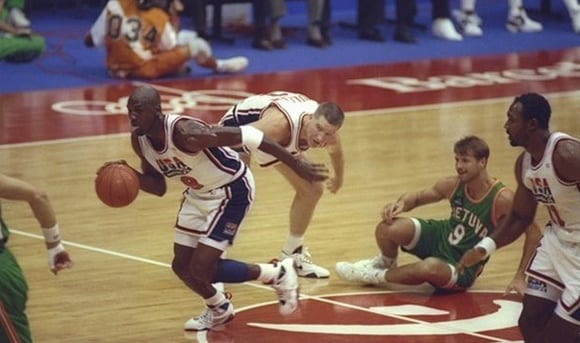 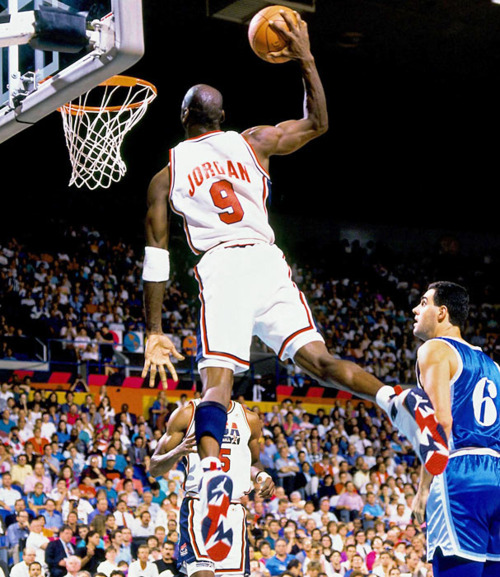 Jordan calling the play at mid-court 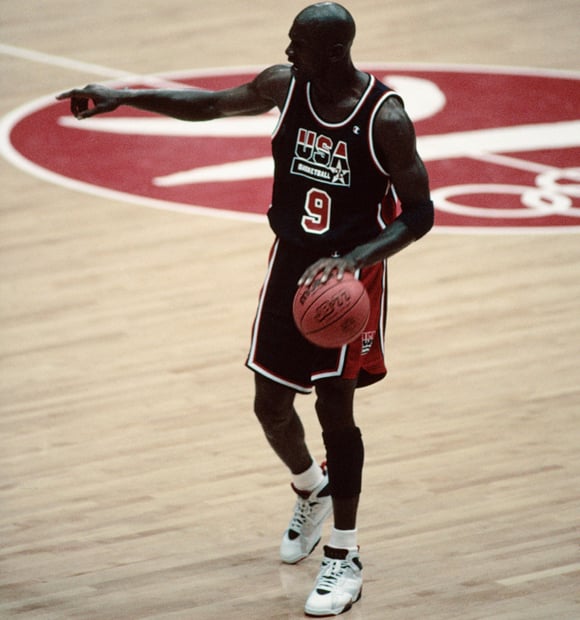 Michael Jordan soars for a layup in the 1992 Olympic Games 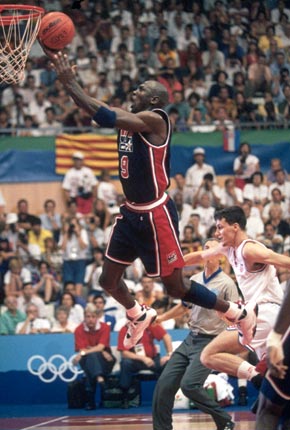 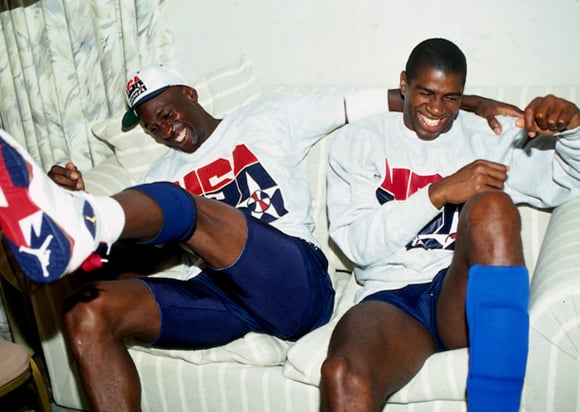 Jordan playing some defense during the 1992 Olympics 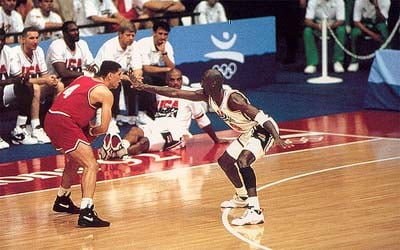 Michael Jordan after a game during the 92 Olympics in Barcelona, Spain 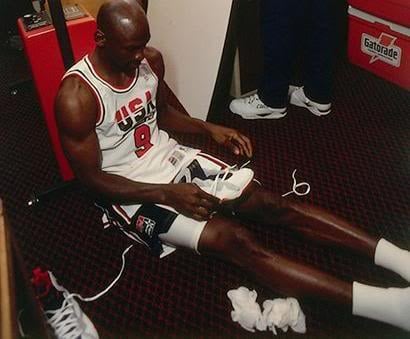 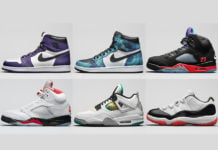 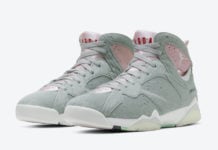 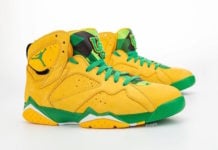 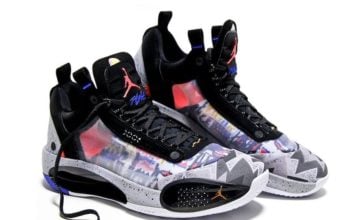