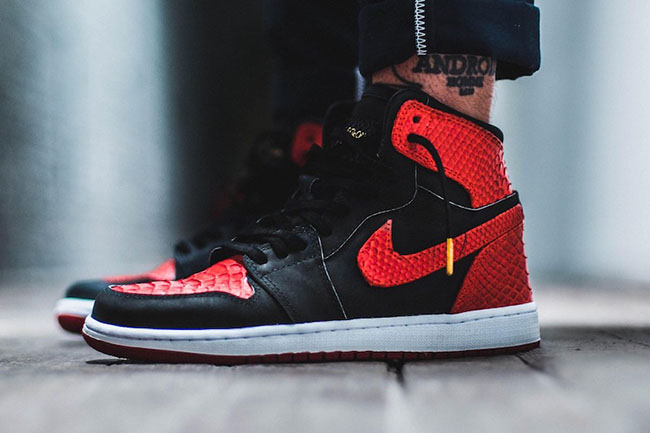 The Shoe Surgeon who reigns from Los Angeles has created yet another high-end custom. He has grabbed the ‘Banned’ Air Jordan 1 while modifying the look for something you won’t see at retailers.

While known as ‘Banned’ many still refer to the shoes as ‘Bred’ Air Jordan 1 which features a Black and Red color combination. Adding his own touch, he has applied Red Python along with Black nubuck horween across the overlays and panels. While he could have stopped there, Japanese cow liner, leather insoles and suede laces further the luxurious theme. What won’t be on the new release and was taken from the 2011 outlet launch, an ‘X’ is seen on the heel.

Below you can check out more images of the Air Jordan 1 Banned Python Custom. On September 1st, The Shoe Surgeon will release six pairs which will come with a warranty. Let us know your thoughts in the comments. 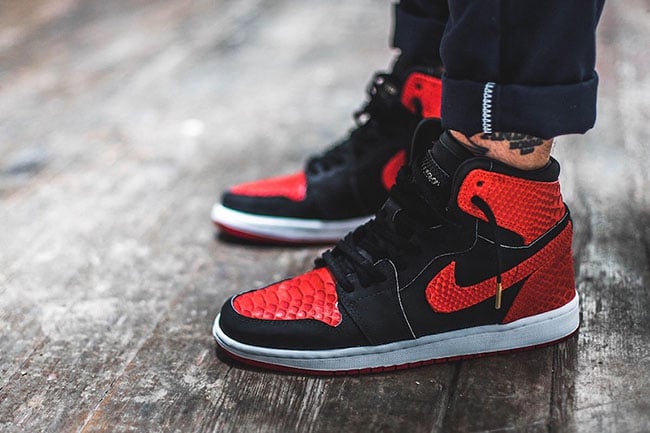 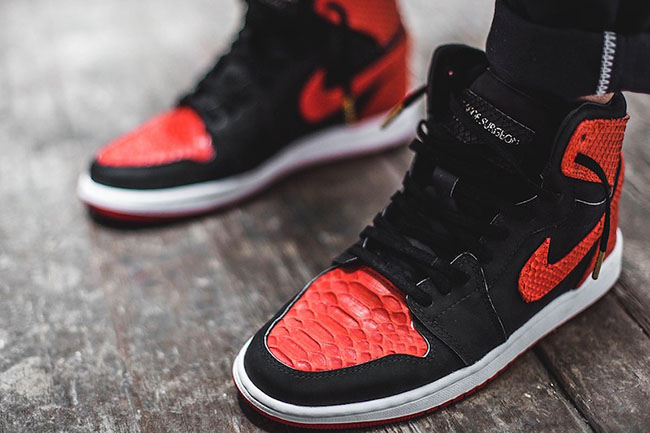 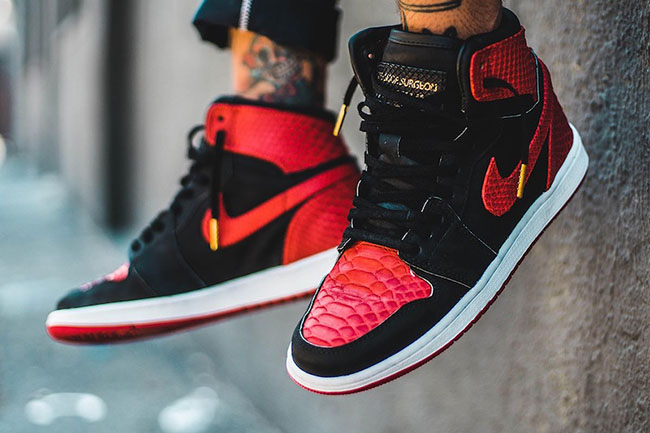 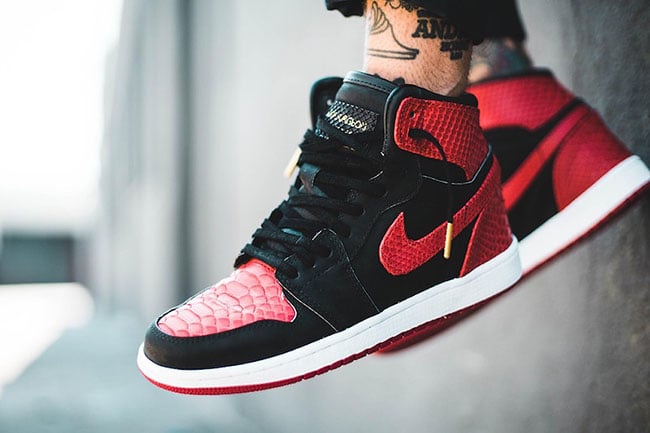 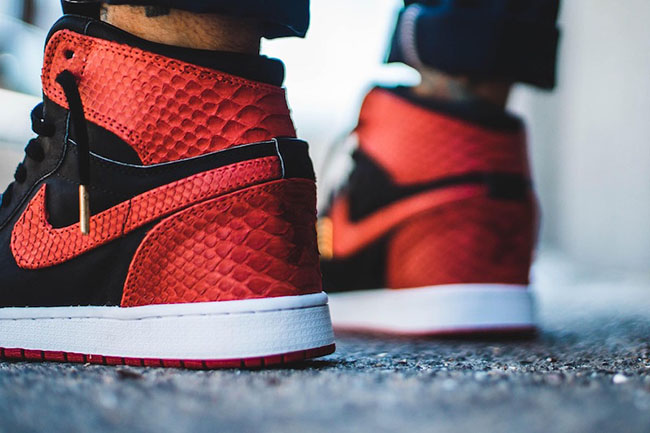 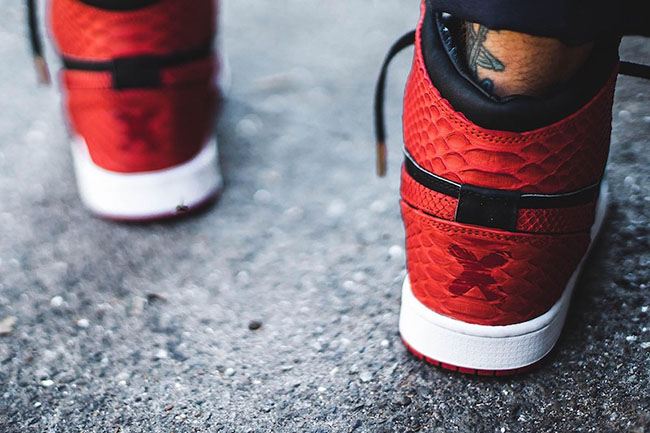 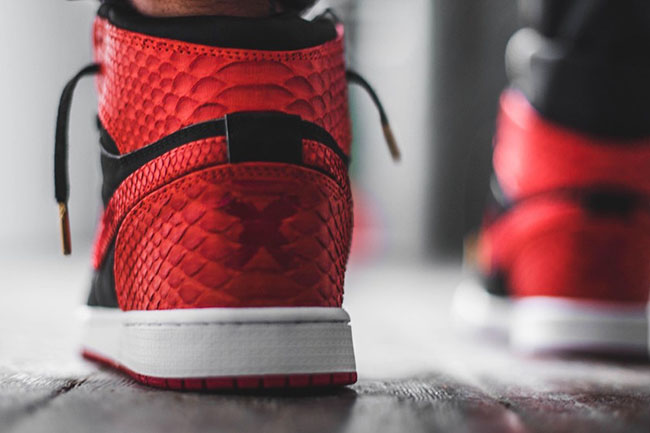