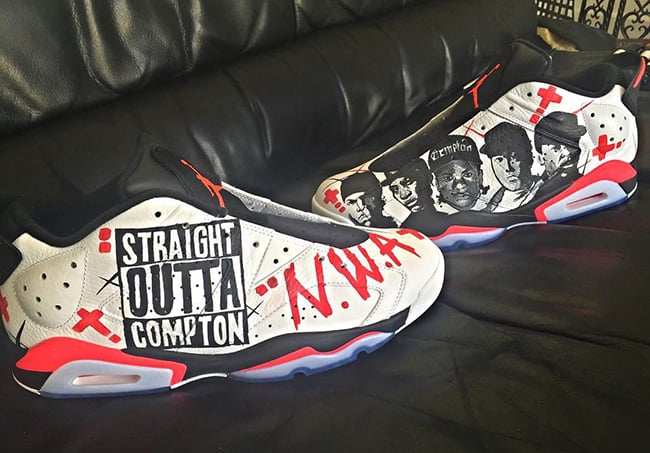 The Game was at the premier of the movie “Straight Outta Compton”, easily this summers biggest hit which won’t release until this Friday. Making sure he went in style, the rapper had a pair of Air Jordan 6 Low ‘Infrareds’ customized to fit the film.

The end result is known as the Air Jordan 6 Low ‘Straight Outta Compton’ which was designed by John Born. It has been said that the artist made the shoes just a few hours before the premier.

As you can see, the shoes feature a portrait of the five members making N.W.A while the Straight Outta Compton branding is painted on the side. There are more small details like red crosses and N.W.A painted by the toe box.

You can see a few more shots below of the ‘Straight Outta Compton’ Air Jordan 6 Low custom. 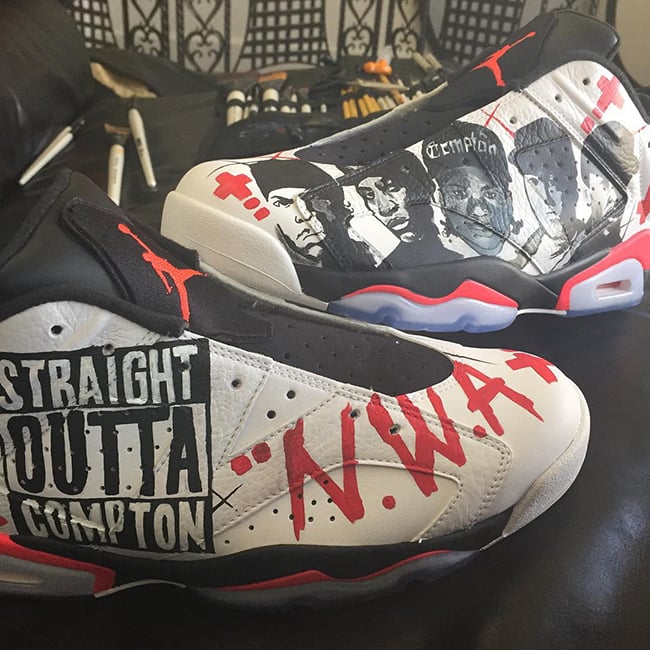 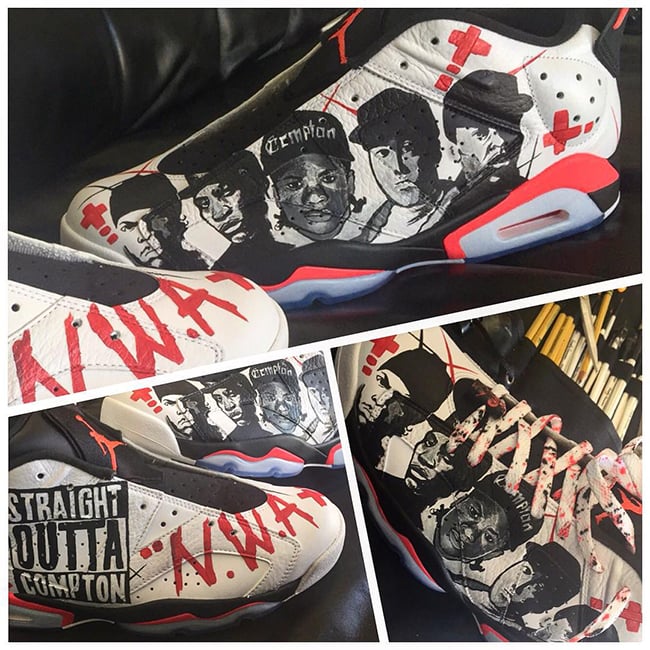 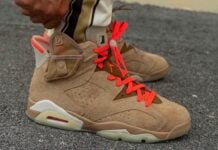