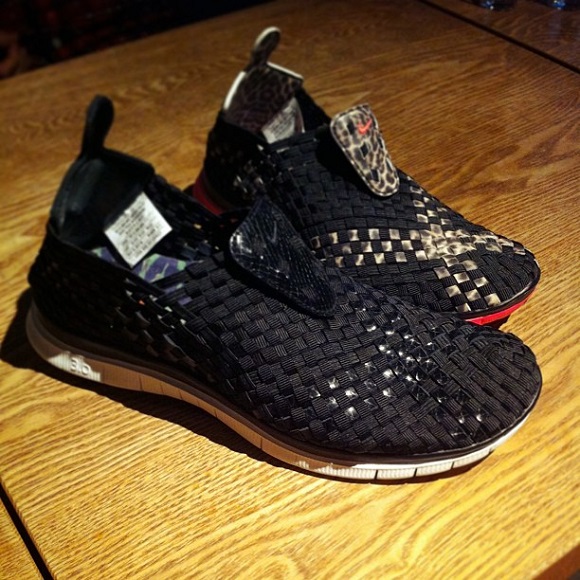 After collaborating earlier this year on the Nike Air Max 1 “Animal Camo” Pack, Atmos looks to be hooking up again with Nike, this time on a Nike Free Woven. As with their collaboration that dropped this February, this set features both a Men’s and Women’s iteration; the Men’s features a black woven upper with snakeskin accents, atop a white Free sole; the Women’s also features a black woven upper and, like its Air Max 1 sister, leopard camo accents, atop a red Free sole.

Details on this pack are slim at the moment, but you can be sure Sneaker Files will keep you updated as info becomes available. Set to release later this year, hopefully this pack will see a stateside release, but if it’s like the Air Max 1 “Animal Camo” Pack release, it’ll only be available at Atmos Tokyo, unfortunately. We can hope though, can’t we? Missing out on the Air Max 1 “Snakeskin Camo” was one of the biggest disappointments of the year for this writer, but alas, life goes on; new sneakers to cop, new fish to fry…

Hoping for a US release of this Atmos x Nike collaboration? Not really your style? Let us know in the comments below, and keep it locked here for any updates on this release.