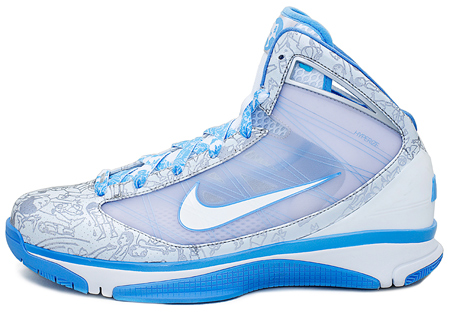 If you’re familiar with the Japanese manga series, “Slam Dunk,” then you’ll be excited to hear that the illustrator of the manga, Takehiko Inoue, is bringing his creativity to the Nike Hyperize model. The Takehiko Inoue x Nike Hyperize comes in a bright white/carolina blue colorway. The upper consists of an allover print of Inoue’s characters and drawings, and even feature laces that carry his intricate design as well. So far, these will be Asia exclusives and will release January 30, 2010, for a price of $180. If you’re digging these collabos, then be sure to keep it locked here. 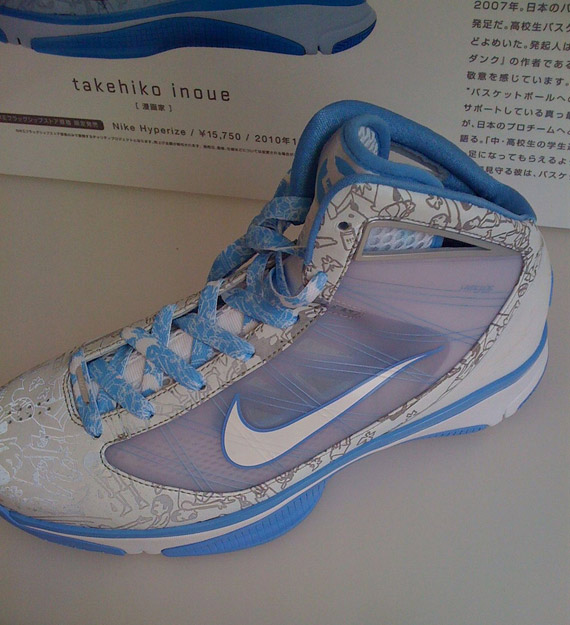