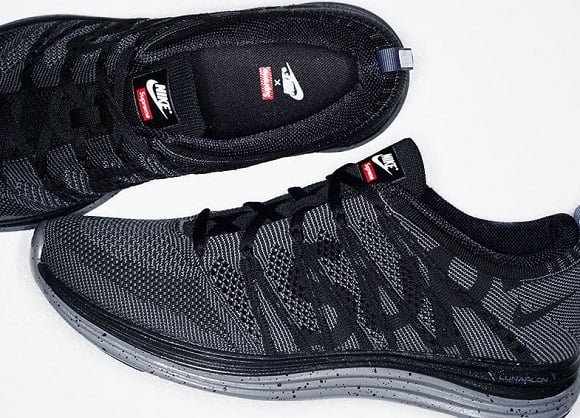 Whenever Nike and New York skate and clothing legend Supreme team up on a pair of kicks, it’s big news; today is no exception. Supreme has announced their newest collaboration with the Boys from Beaverton – the Supreme x Nike Flyknit Lunar 1+ – which utilizes a modern running shoe silhouette rather than the typical Nike SB model. The kicks take on a smoky appearnce, featuring a black and grey knitted upper atop a cement Lunarlon outsole. The official press release notes that it is a collaboration between Nike and Nike SB, though it is not clear where the “Nike SB” comes in. Either way, look for this release to sell out quickly when they drop on Thursday, October 4th. Hit the jump for a few more looks at this upcoming drop, and let us know if you’ll be copping a pair in the comments below. 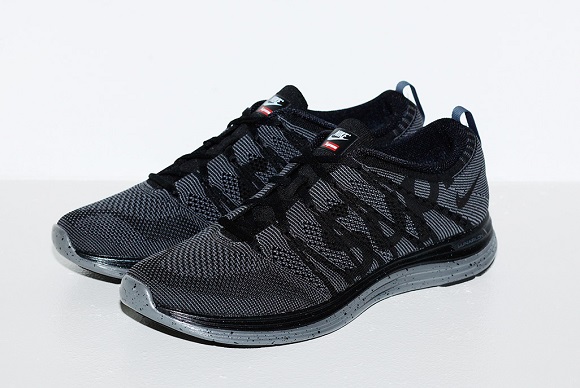 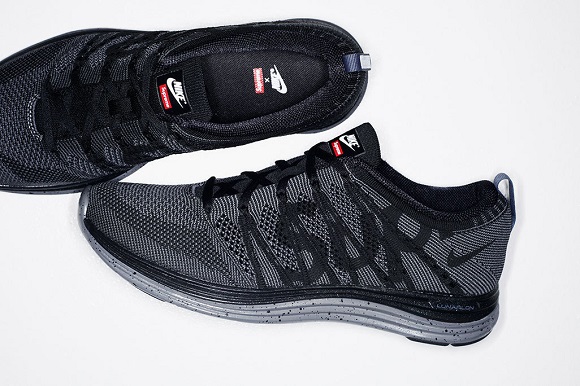 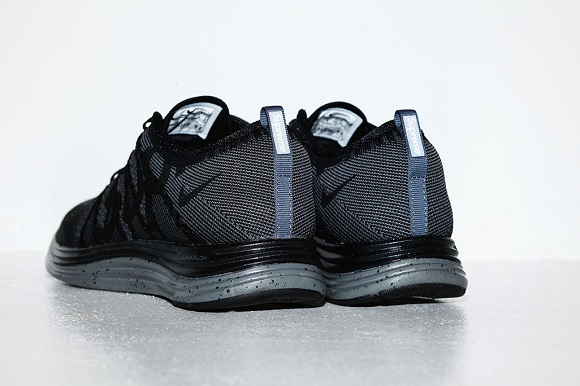 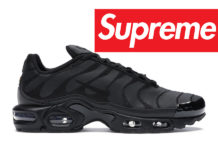 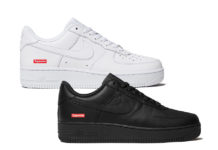 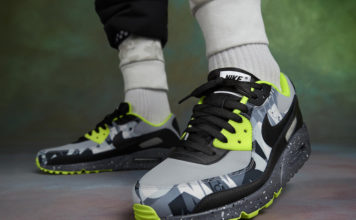