HomeAir JordanSomeone Created the Supreme Air Jordan 5 Out of Legos

Someone Created the Supreme Air Jordan 5 Out of Legos 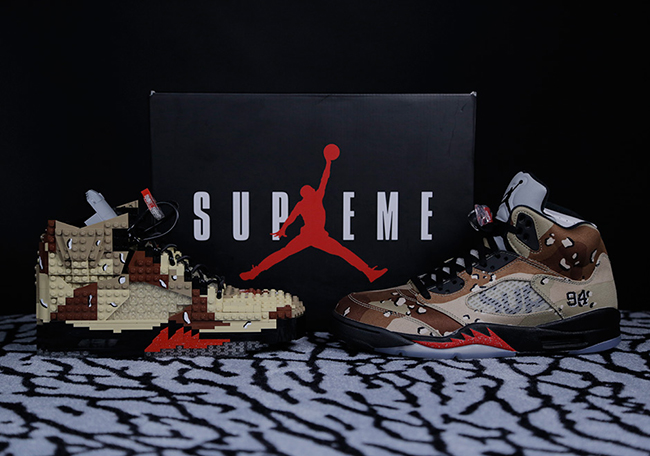 We are sure this Lego creation took a lot of time to create due to being almost an exact replica of the shoes. Featuring the Camo on the base, Red fighter flames on the Black midsole, transparent lace lock and even icy soles. The only thing it doesn’t have is the ‘SUP’ Supreme branding on the sides, but they do have transparent Legos to mimic the mesh.

Keep scrolling below to check out more photos of the Supreme Air Jordan 5 Lego creation. This model as well as other sneaker recreations will be on display at Sneaker Con on May 21st, 2016. 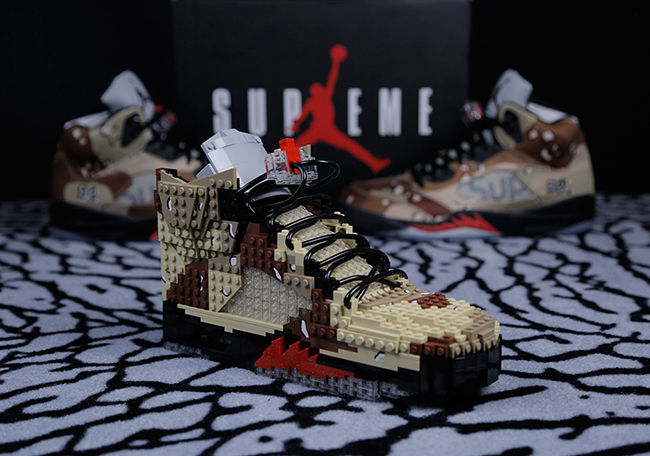 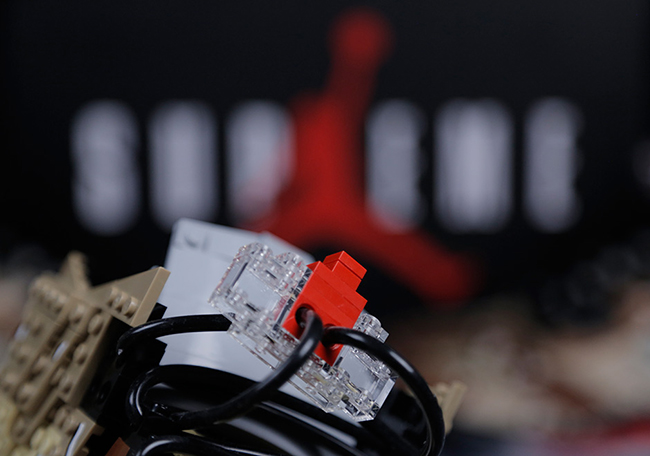 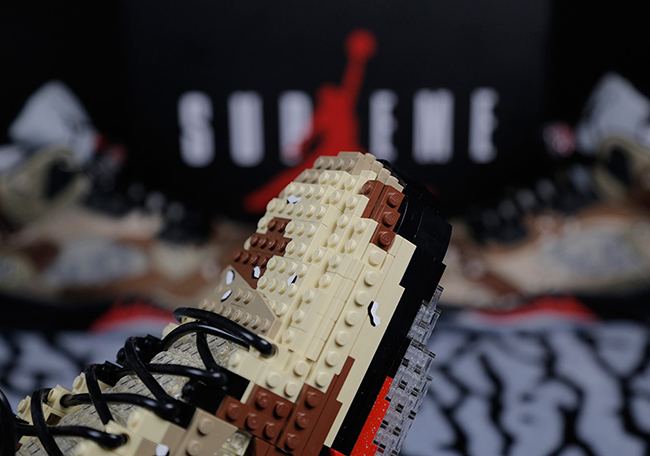