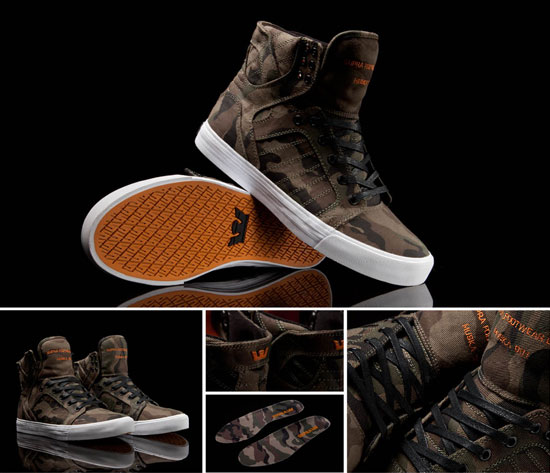 Supra continues to release their most popular model, the Skytop, with this limited edition Camouflage rendition.

This limited edition Skytop is outfitted with a heavyweight camouflage canvas upper, accented with orange highlights, black laces, white foxing with white pinstripe detailing, and pumpkin orange sole. The design is a subtle reflection of the themes of Samhain and Fall, yet is wearable at any time of year. Only 413 pairs were produced, and they are sequentially numbered on the interior of each shoe. The SUPRA Camouflage Skytop is available at the following SUPRA retailers world wide and at suprafootwear.com. Via Supra