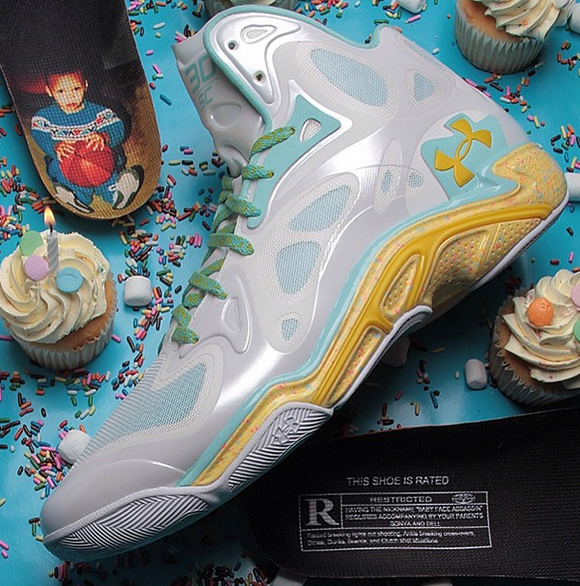 Stephen Curry aka the “Baby Face Assassin” turned 26 yesterday and Under Armour laced the Birthday boy up with a special Anatomix Spawn PE.

The Stephen Curry’s Birthday Under Armour Anatomix Spawn PE features pastels colors that is inspired by cupcakes. Although they do resemble a Easter feel.

Both insoles are unique as well. One features Curry as a baby holding a basketball, which we are sure his family knew he was destined to play. The other has “Rated R” due to the fact that he looks a lot younger than 26.

Although Curry and the Golden State Warriors did not get the win on his birthday, at least his kicks were nice.

No word if Stephen Curry’s Under Armour Anatomix Spawn 26th Birthday will release. Happy belated BDay from everyone at Sneaker Files.