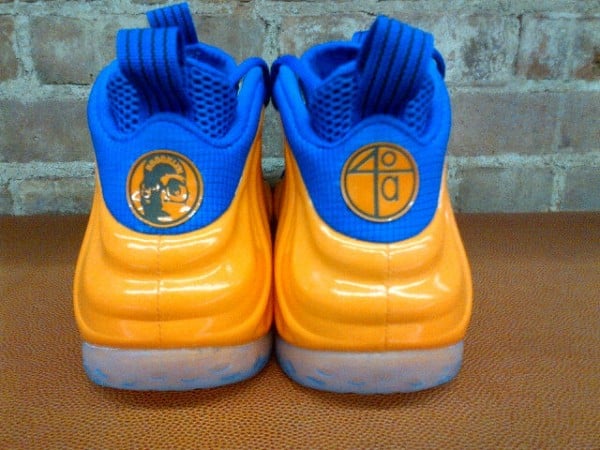 With the Knicks down 0-2 to the Miami Heat in the first round of the 2012 NBA Playoffs and returning to Madison Square Garden later this week for games 3 and 4, Nike Sportswear has hooked Spike Lee up with a new pair of Foams to wear courtside.

Decked out in an orange Foamposite shell upper, Spike’s Foamposite One dons bright blue accents throughout while the kicks sit atop an icy outsole and feature the same heel logo’s as the Spiz’ike in place of the usual 1 Cent branding.

Look for these to appear courtside at MSG later this week and let us know what you think of this 1-of-1 in the replies. 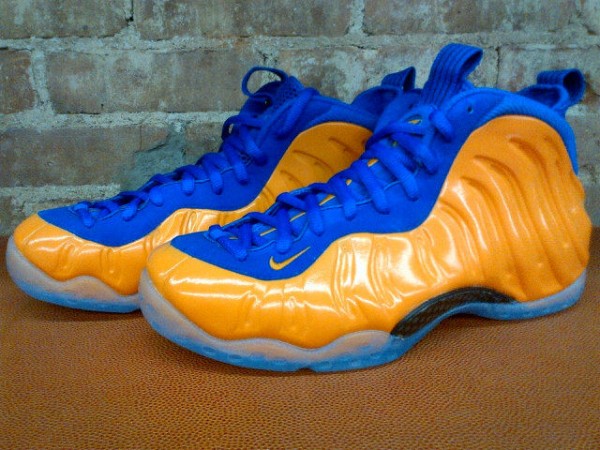 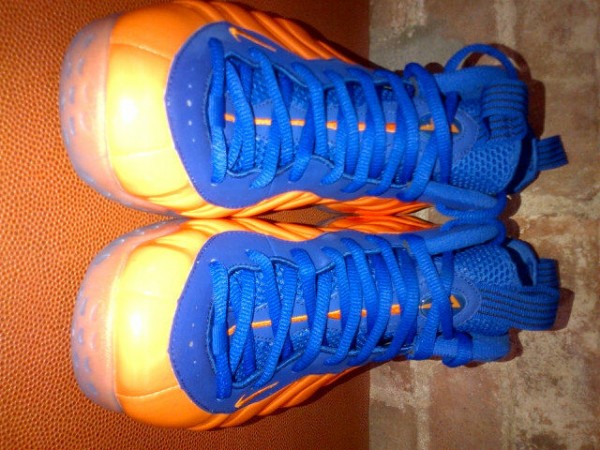