HomeAdidasSNS and adidas Originals Releasing the GT for London 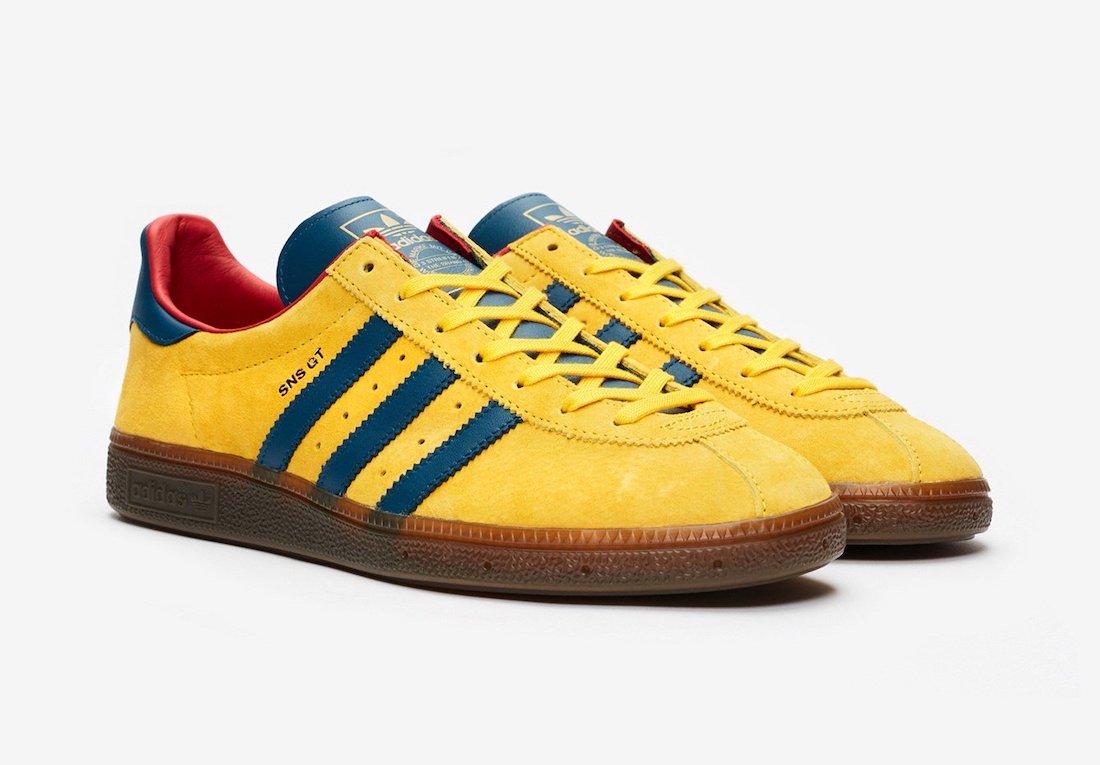 Sneakersnstuff and adidas Originals will release an exclusive SNS GT known as ‘London’. Originally known as the ’Stockholm GT’ and released in 1980, this marks the first time the model has re-released and is officially known as the SNS GT ’Stockholm’. They pick up where they left off, paying tribute to the home of pubs, pints, and pies. London, our second home, and the first store outside of Sweden.

Inspired by vintage football kits and game-day atmosphere, the SNS GT ‘London’ is made to be worn with pride like the colors of your team, from Shoreditch High Street to Wembley. Crafted with premium Yellow suede and featuring Blue leather overlays seen on the Three Stripes and heel tab, the insoles are printed with a map of London for the hometown feel. The GT version offers a Handball Spezial outsole fusing archival innovation with today’s streamlined look, creating an everyday pair of footwear, not just on game days.

You can expect the SNS x adidas GT ‘London’ to release exclusively at SNS on September 25th. Retail price is set at $110. Continue to scroll below to check out more images which will give you a closer look. 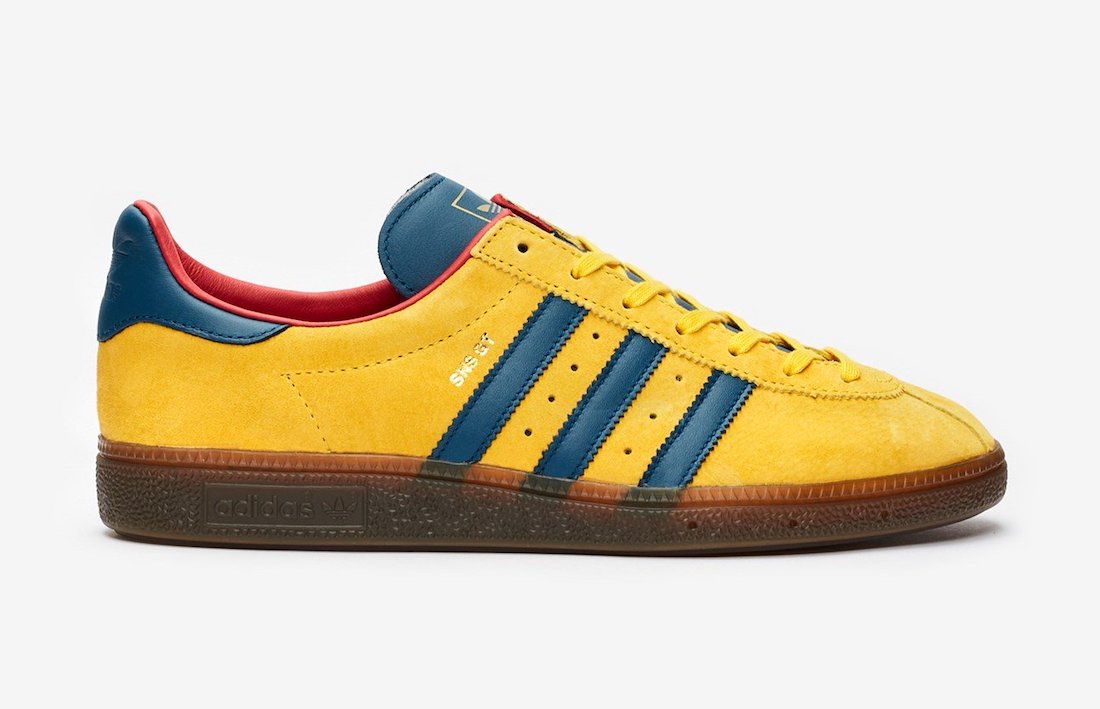 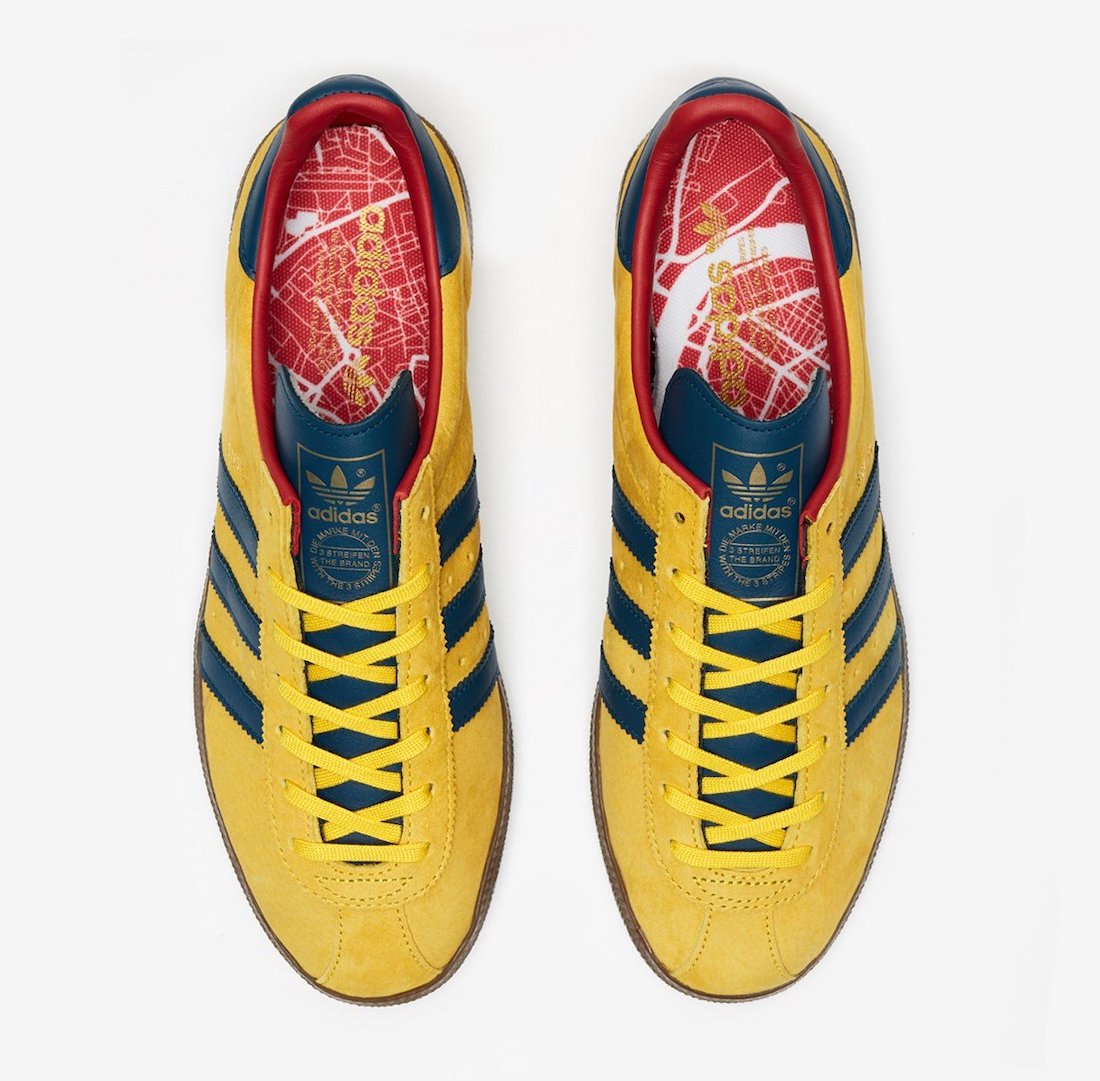 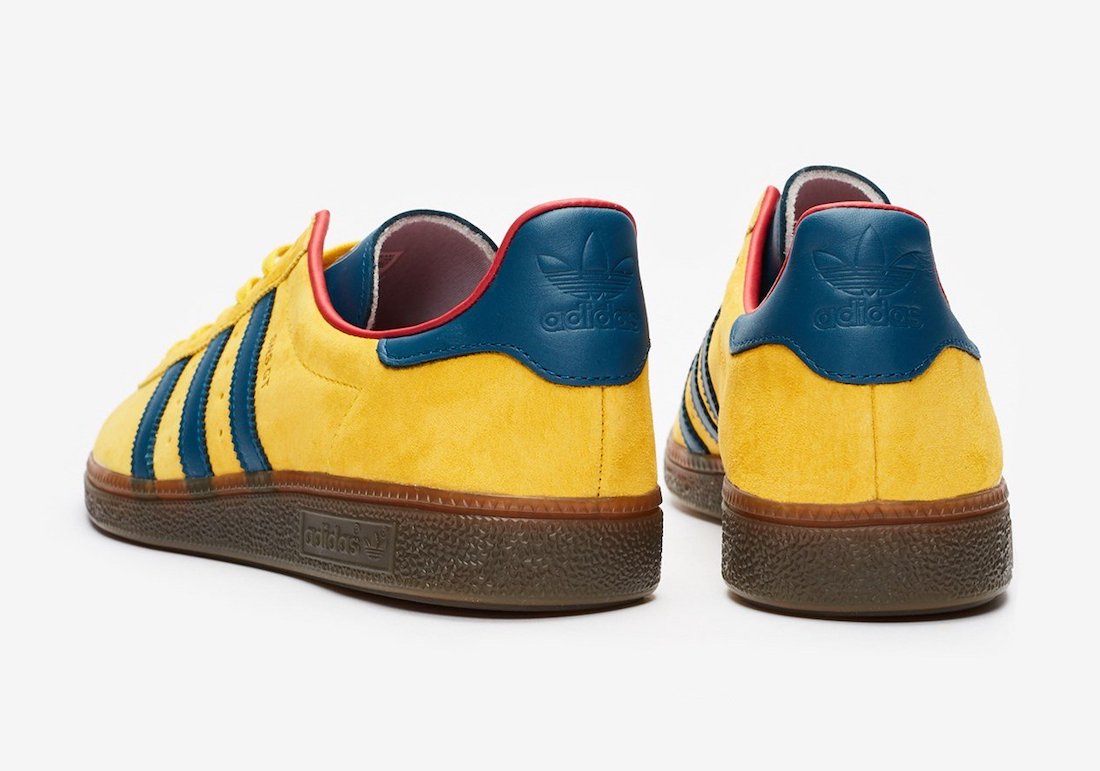 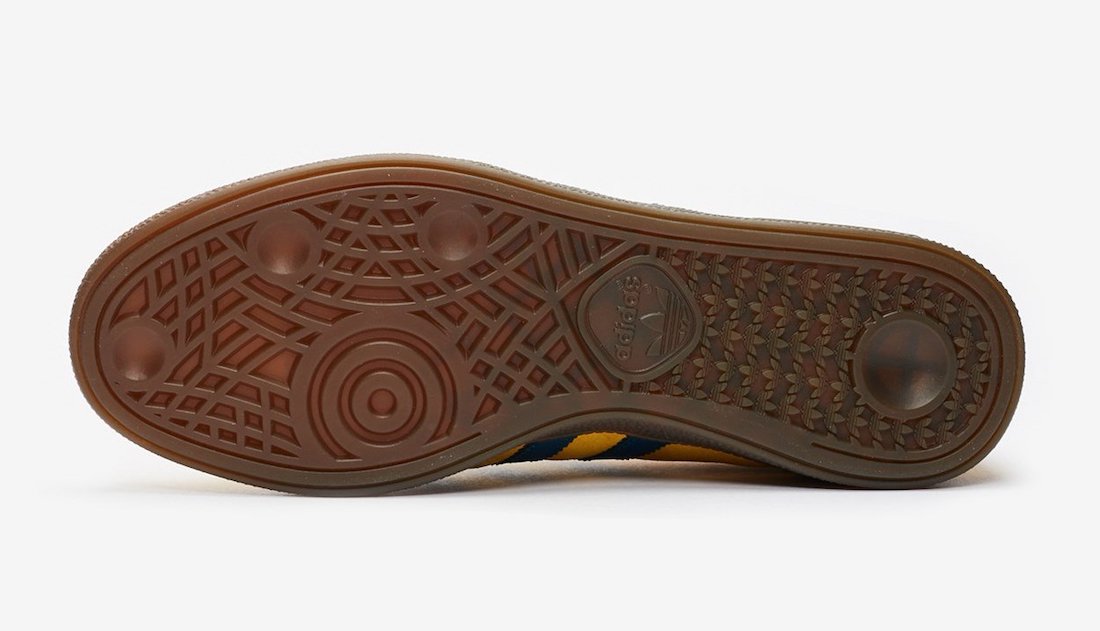 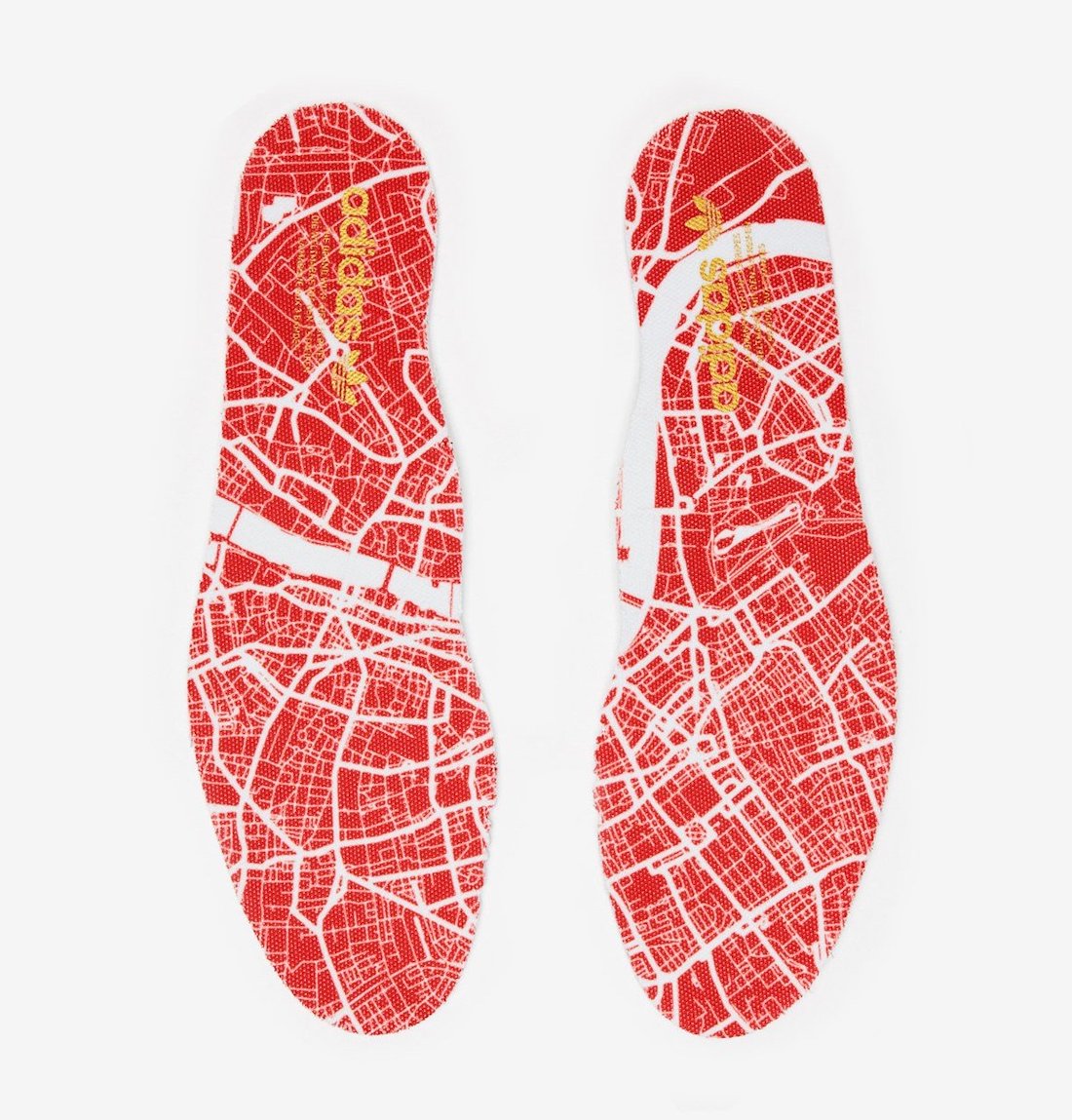