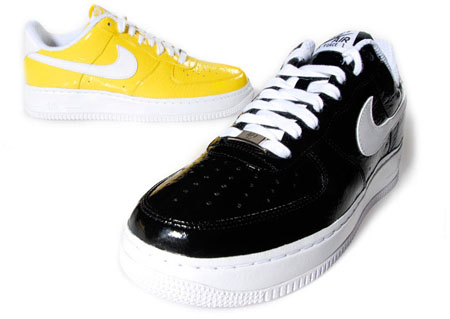 Milan based retailer Slam Jam, teams up with Nike for a joint project including the Nike Air Force 1, entitled “Optical Force”. Always a fan of patent leather uppers, Nike offers the Optical Force in  yellow and black wrinkled patent leather complimented by a white swoosh and mid-sole/sole.

Furthermore, premium finishings including the SlamJam embossed at the heel tab. This is not the first collaboration between the two, awhile back the two joined to design a special make-up of the Terminator High seen here, Slam Jam lace locks were used sparking a series of lace lock to be included in collaborations to come. Release is scheduled for September 20th at Slam Jam. 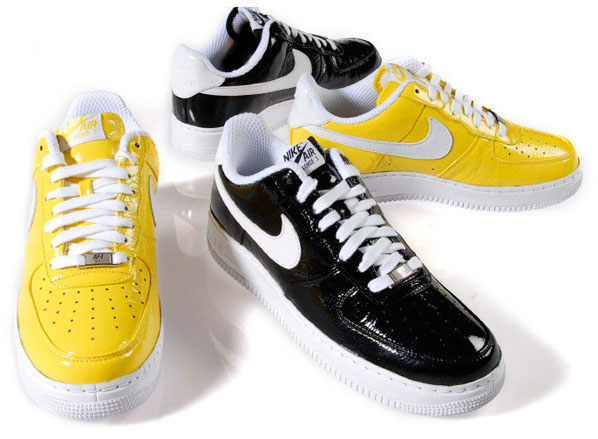 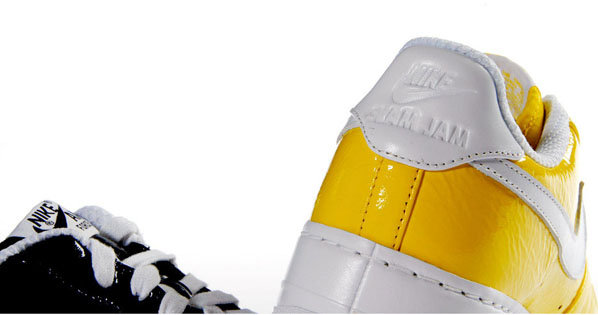