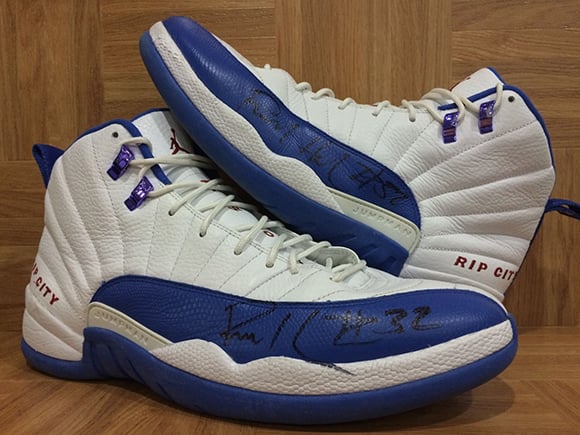 Are you interested in getting a piece of Rip Hamilton’s NBA history? Arriving online is a pair of Air Jordan 12s PE made exclusively for Rip Hamilton and they are signed by him.

From the images you can tell Rip put in a lot of work in the Air Jordan 12s. We believe they were worn during his time on the Detroit Pistons. Usually players wear a pair of sneakers only once, maybe twice but this pair seems to have taken a beating.

Resembling the Air Jordan 12s French Blue that released in 2004, the difference is the obvious ‘Rip City’ stitched by the heel, blue eyelets and white used on the mudguard. 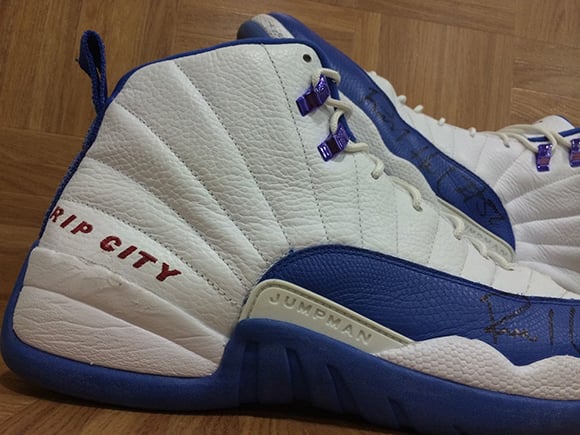 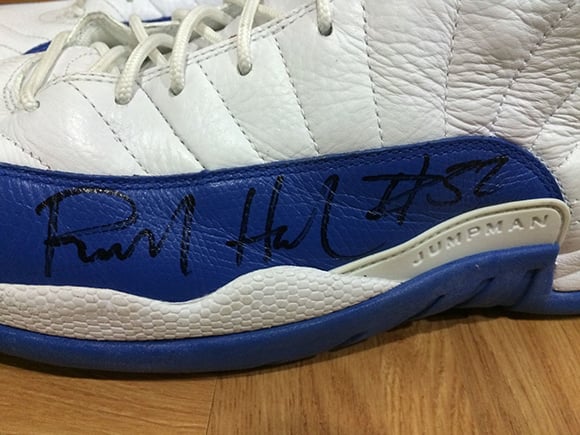 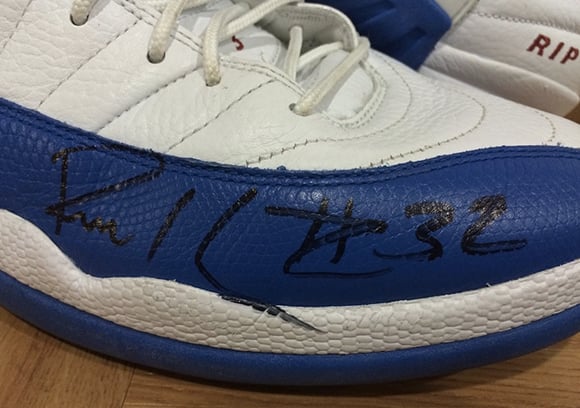 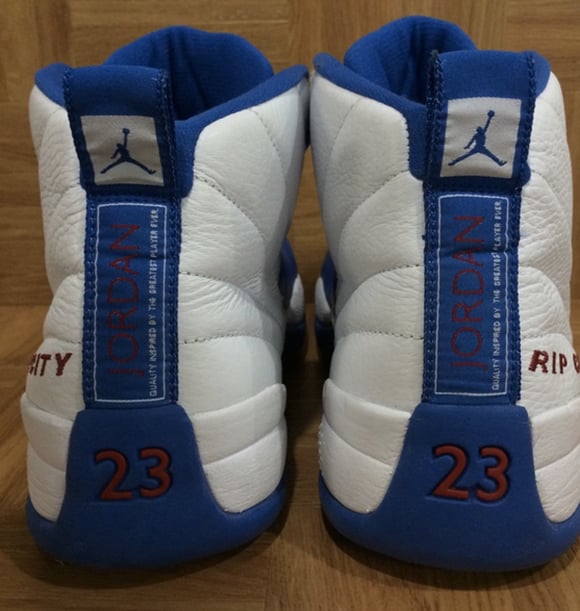 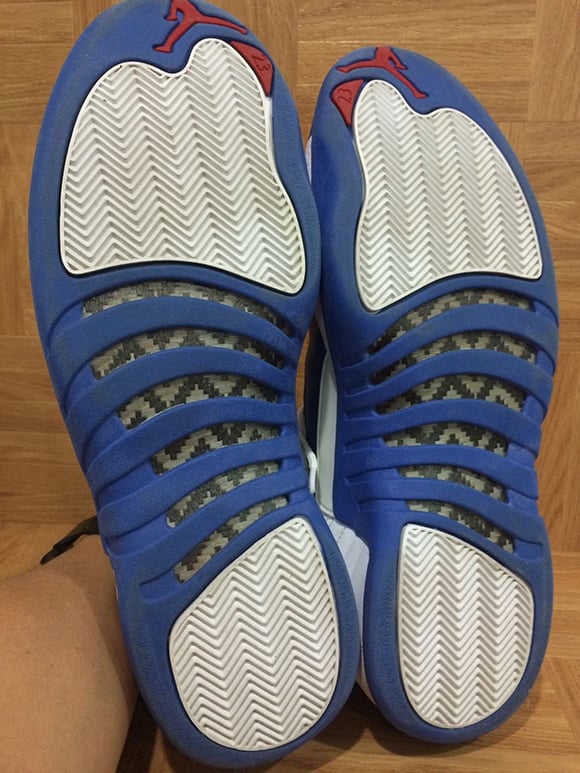