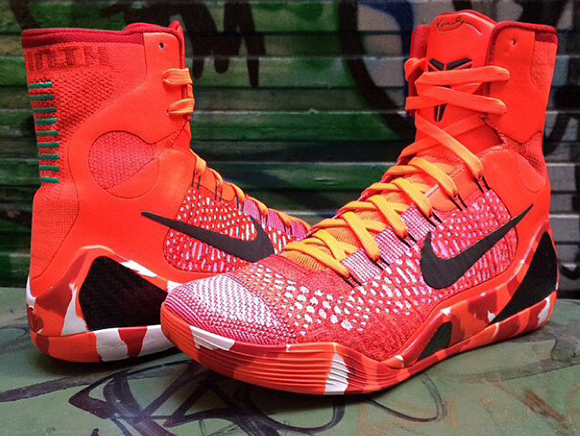 Originally this Kobe 9 Elite was reported as being this years Christmas release for Bryant. It appeared fitting as red flows through the shoes and very minimal green is present but on the sole. New information has came out today and instead of the Christmas nickname they have received, the new one is ‘Poker Ace’.

Even with the name change, it doesn’t mean that this Nike Kobe 9 Elite won’t release to celebrate Christmas but another point to bring up is Australia is rumored to have a release on December 1st which is way before Christmas day.

Now let’s say these are the Christmas Day Kobe 9 Elites and they do release on December 1st in Australia. Where is the LeBron 12 and KD 7? Traditionally all three release on the same day and since we are so close to the 1st we would have seen images of the shoes.

No matter what the nickname is or the outcome, the ‘Poker Ace’ Kobe 9 Elite is coming in December. 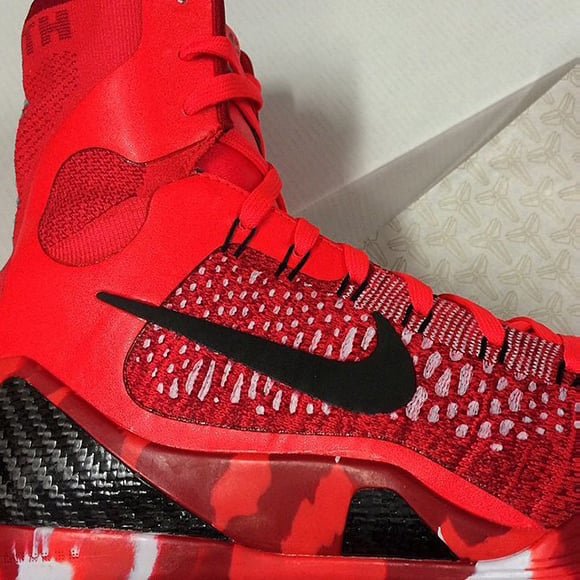