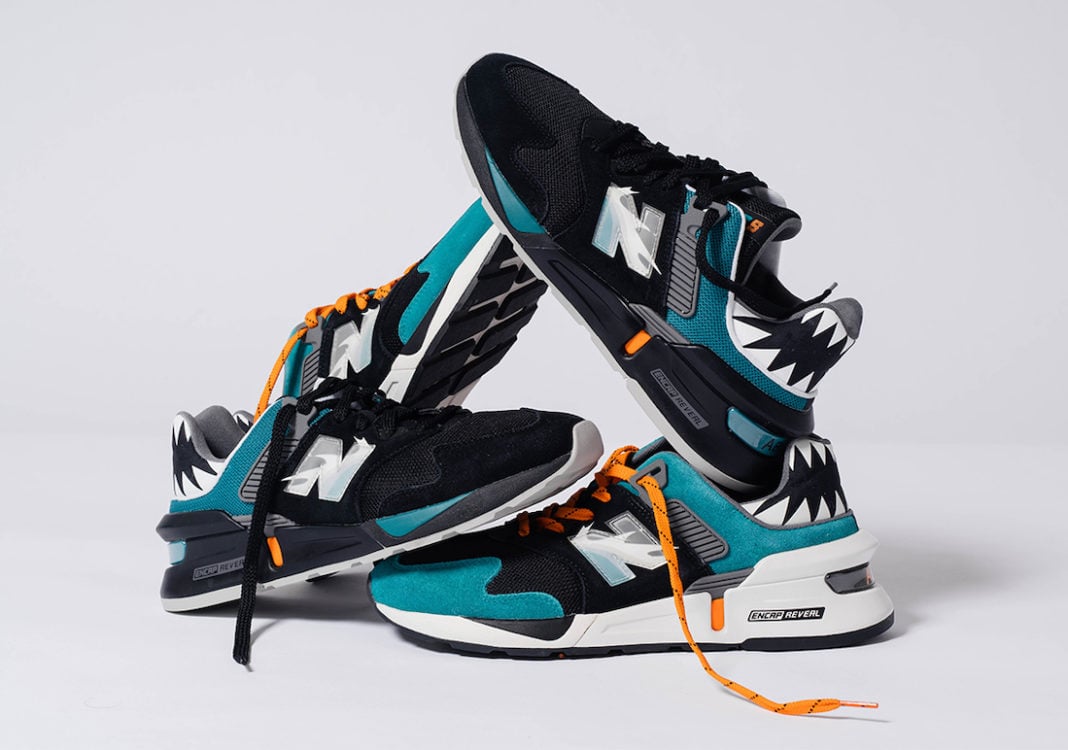 Inspiration for this collaborations comes from the ‘Red Triangle’ on the Northern California coast. Most shark attacks on humans take place here.

The two New Balance 997 releases are dressed in Black and Teal, resembling the San Jose Sharks colors. In addition, shark teeth land on the heel and feature either Orange or Black laces. Following, shades of Blue and Grey that mimic crashing waves on the ’N’ logo. Lastly, one pair features a Black midsole while the other comes with a White midsole.

You can expect the Shoe Palace x New Balance 997S ‘Great White’ collection to release exclusively at Shoe Palace in-store and online on November 5th. Below, you can check out more images for a closer look. 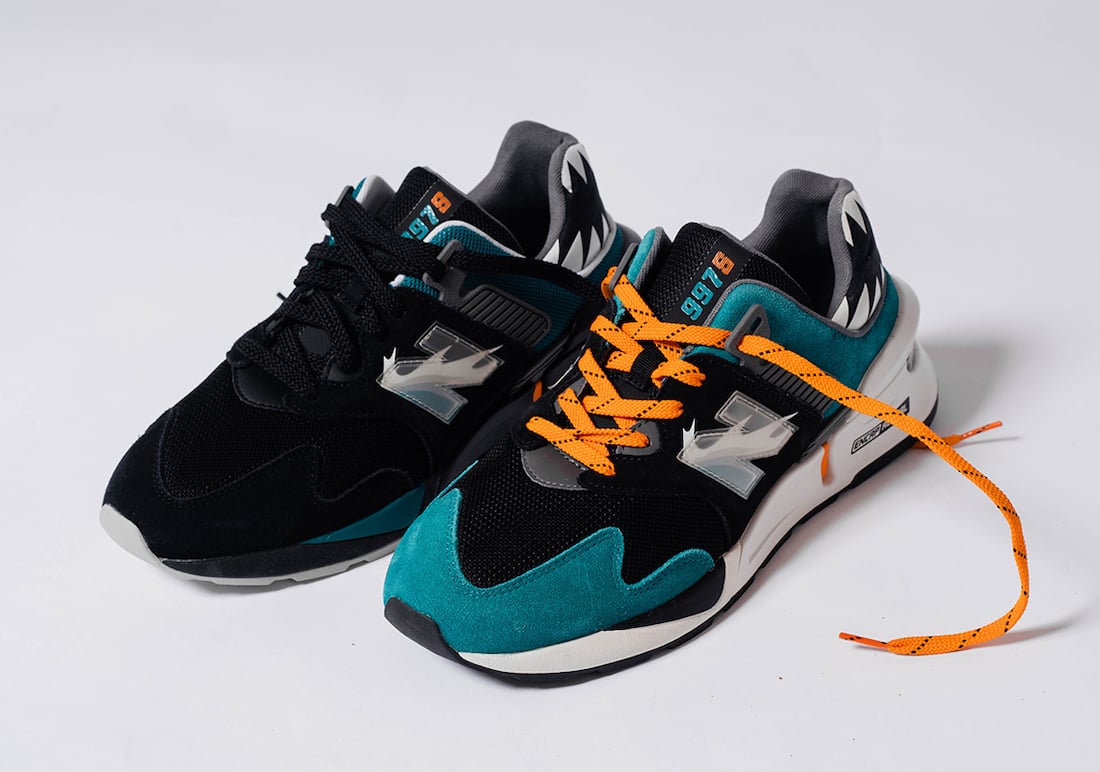 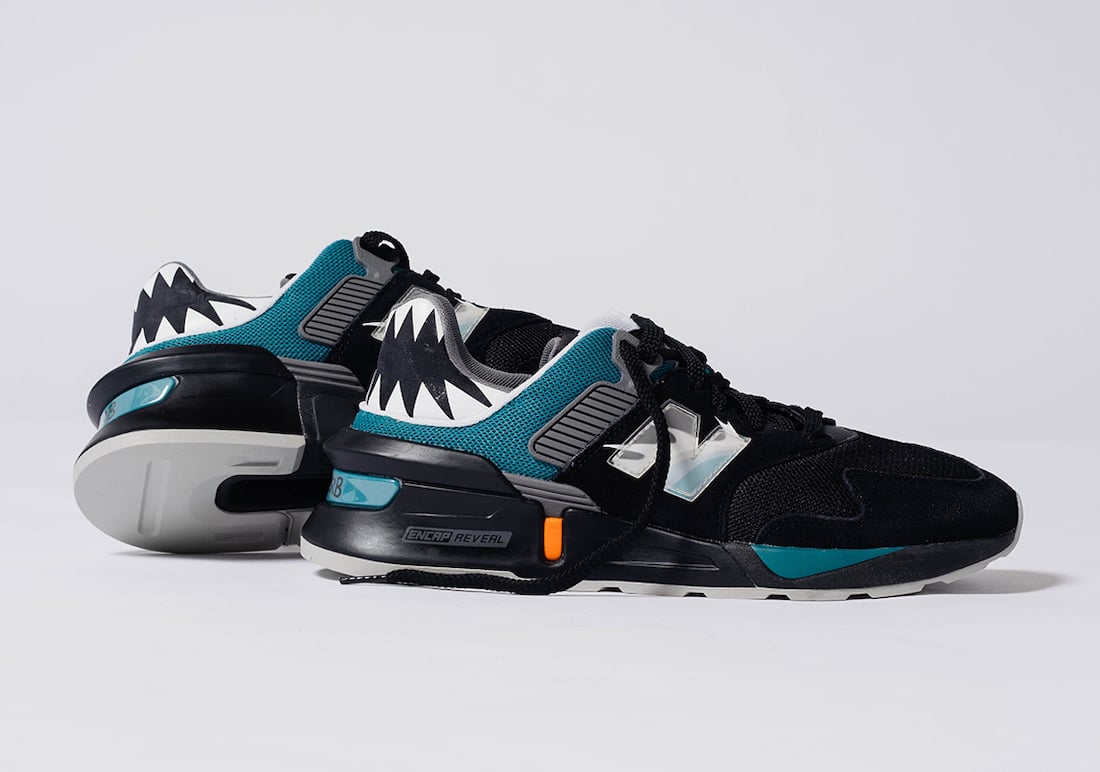 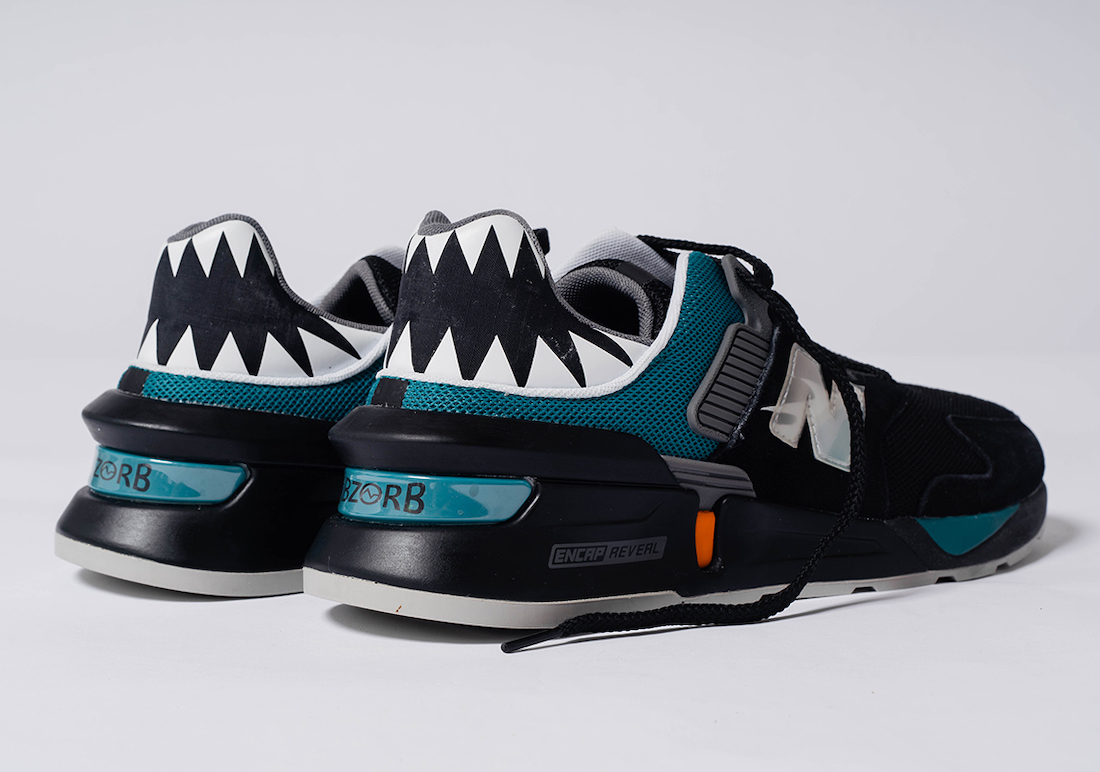 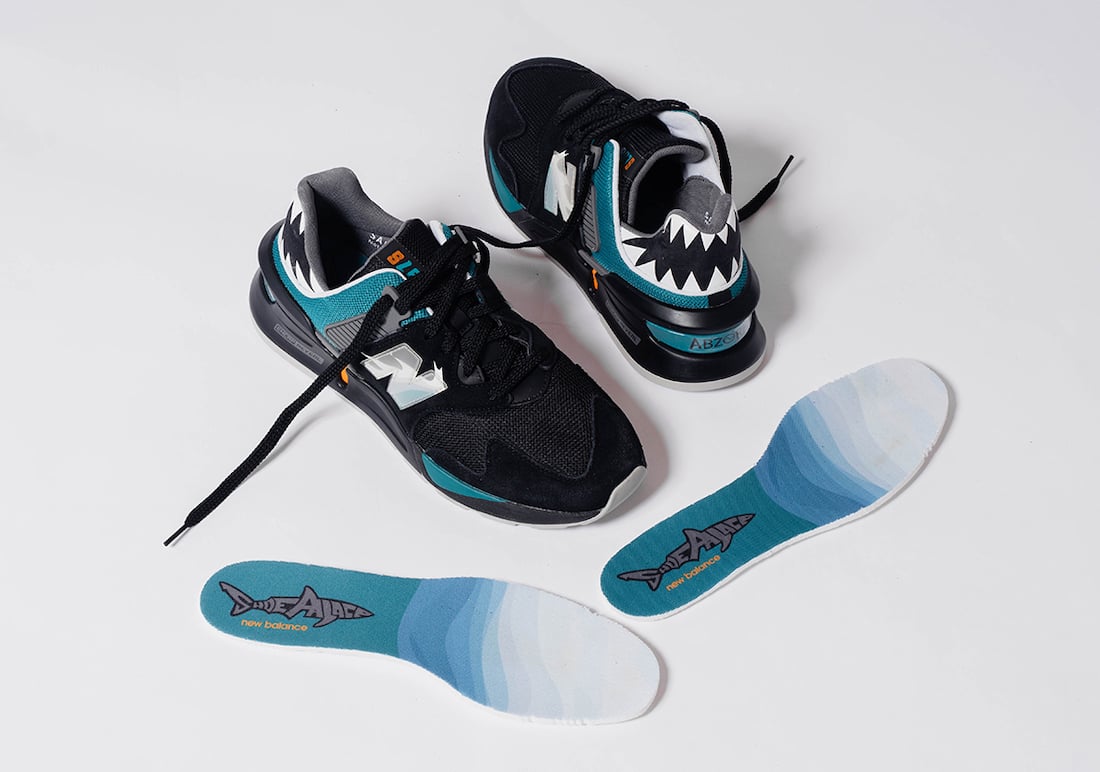 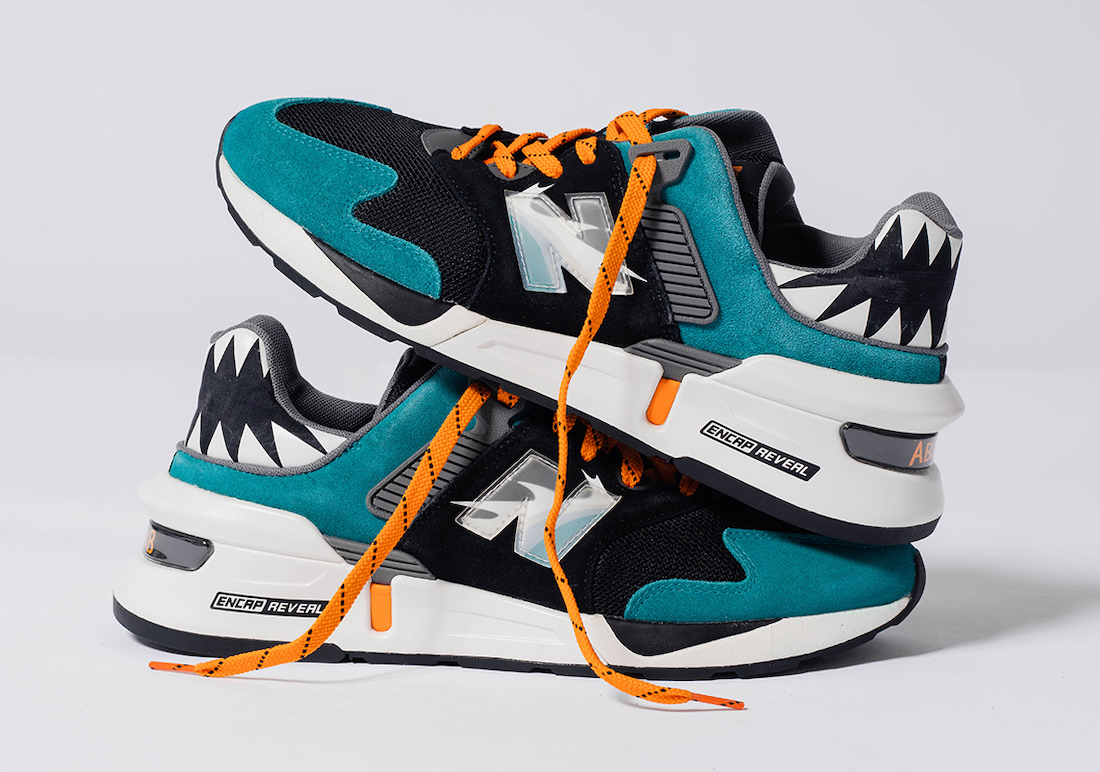 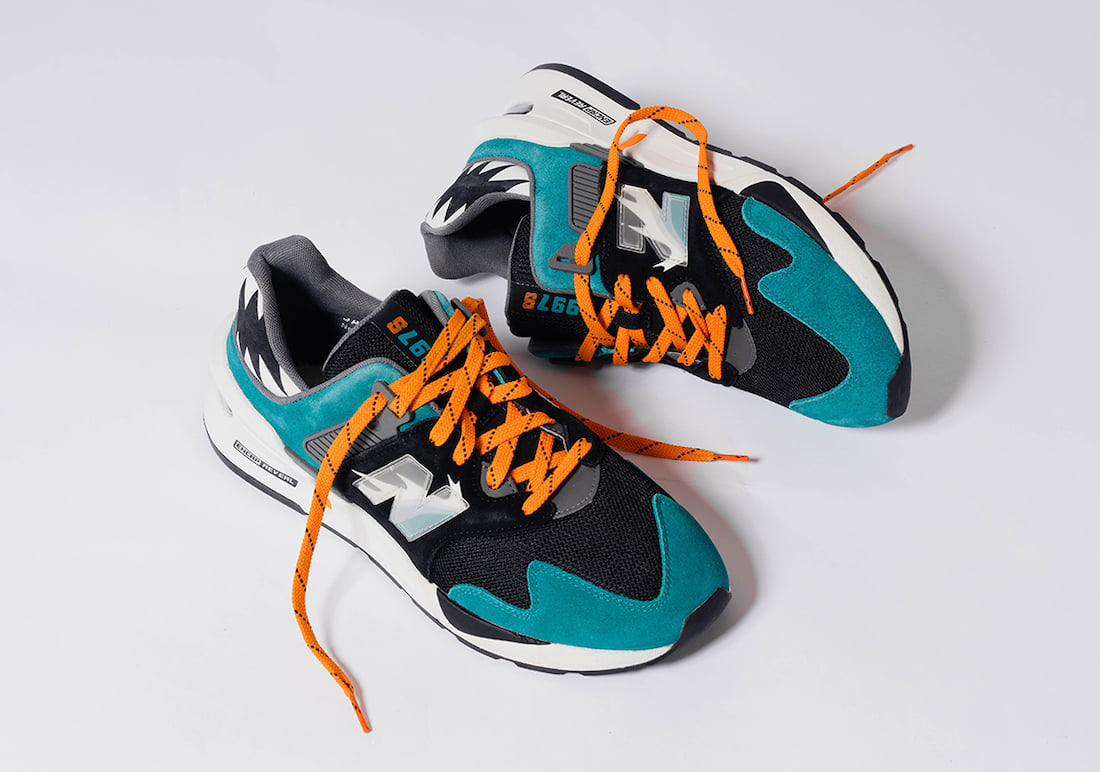 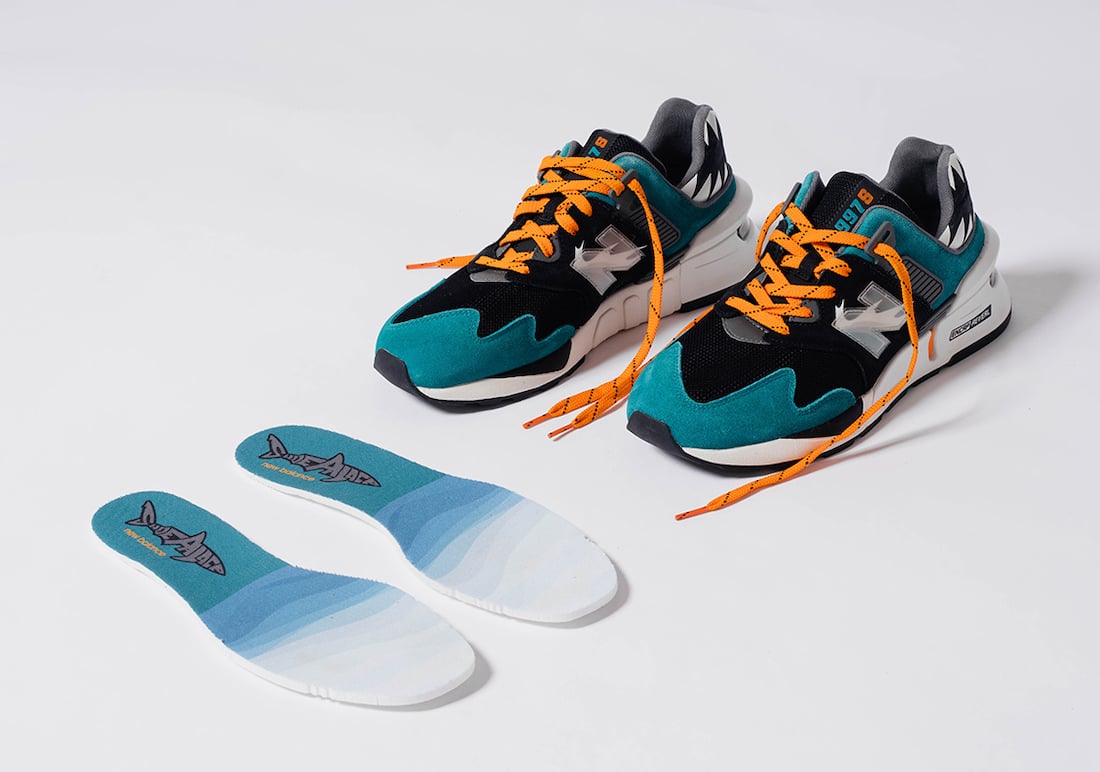