Saucony Originals has another themed out sneaker for Summer which will go deep into the seas, or if you’re on the other end, seafood. The latest launch is the Saucony Grid 8000 ‘Lobster’ which is starting to land at select retailers.

This Saucony Grid 8000 features a Beige and Pink color scheme that resembles the high end seafood eatery. The shade of Pink represents the lobster tail which is seen through the base uppers and splattered across the midsole. The butter portion of the shoe lands on the uppers which is constructed with suede as well. Other details include Green accents on the eyelets and by the heel, White midsole and Gum outsole.

Get a closer look at the Saucony Grid 8000 Lobster by scrolling below. Although a release date has yet to be announced, you can expect this pair to become available in the coming weeks. 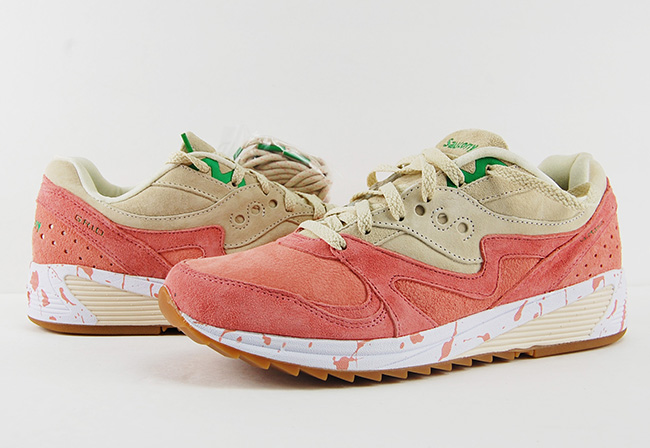 Update: Although most retailers are sold out of the Saucony Grid 8000 Shrimp Scampi aka Lobster, some sizes are still left at Phenom Global. 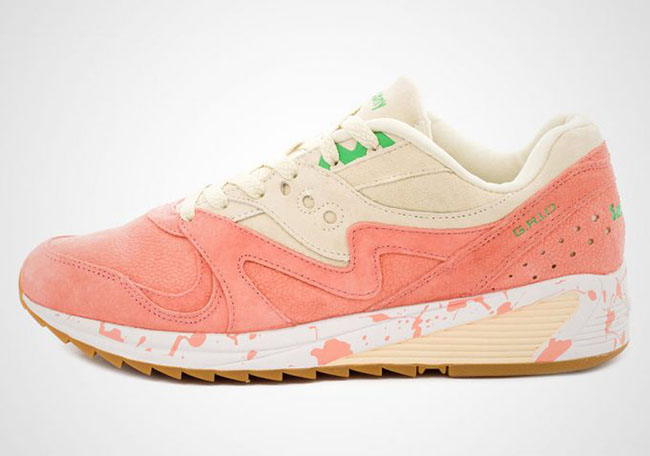 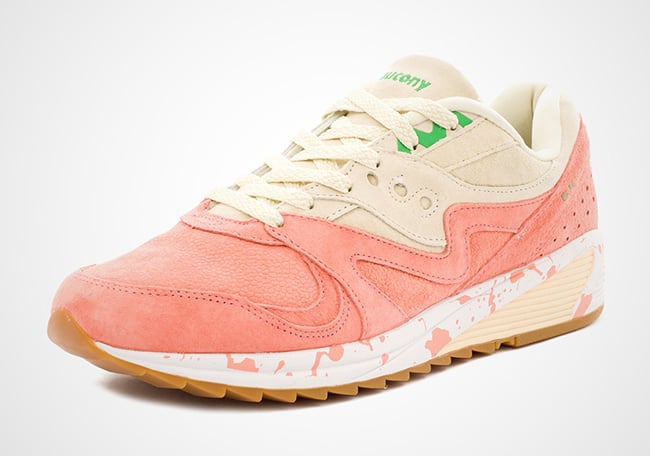 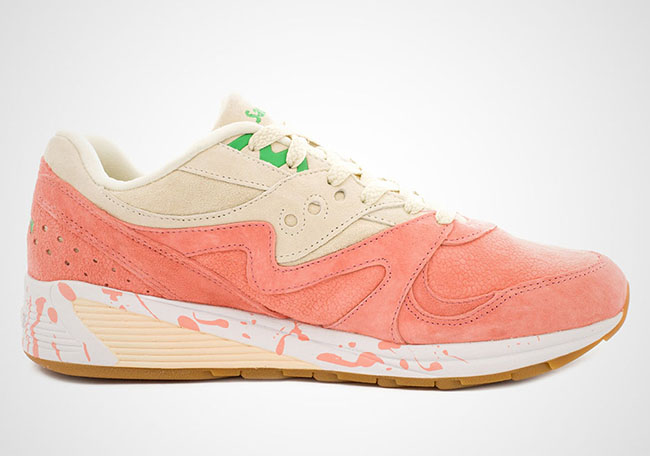 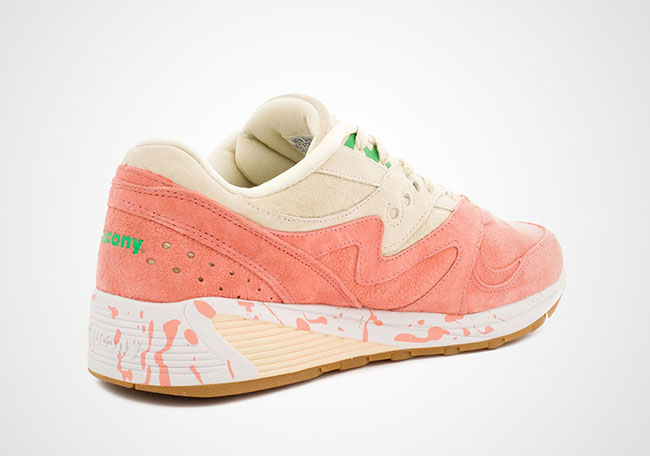 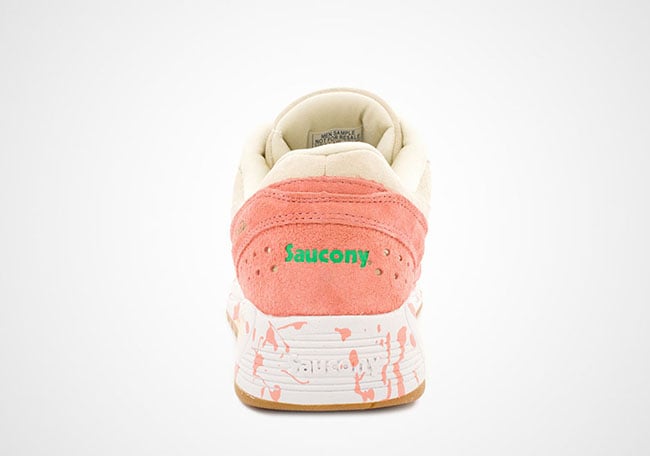 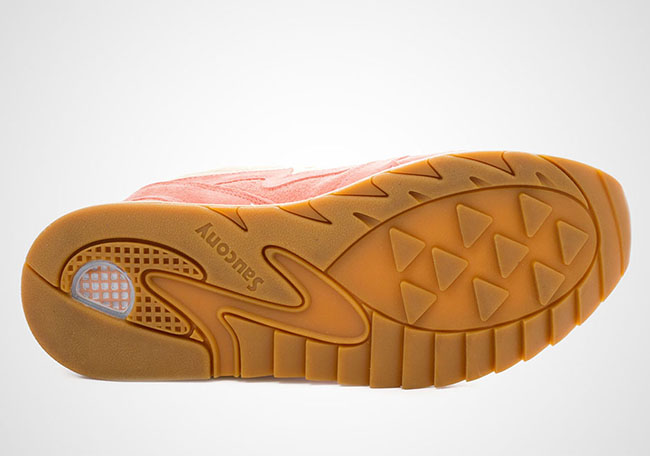