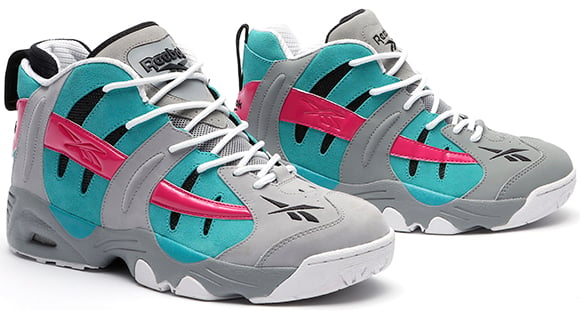 When the original Reebok The Rail released in 1996, “Big Dog” Glenn Robinson played for the Milwaukee Bucks. In 2005 he would join the San Antonio Spurs.

As a tribute to his once team, Reebok will release Glenn Robinson’s signature shoe, The Rail in a Spurs theme from the early 1990s. When he played on the team, the logo was (and currently is) black and silver, but Reebok decided to go back when Robinson was in his prime and the logo was flashy. Also the color scheme is a bit more festive and most might confuse them as a “South Beach” theme.

Using grey on the base, blue and pink run through the side panels and on parts of the branding. 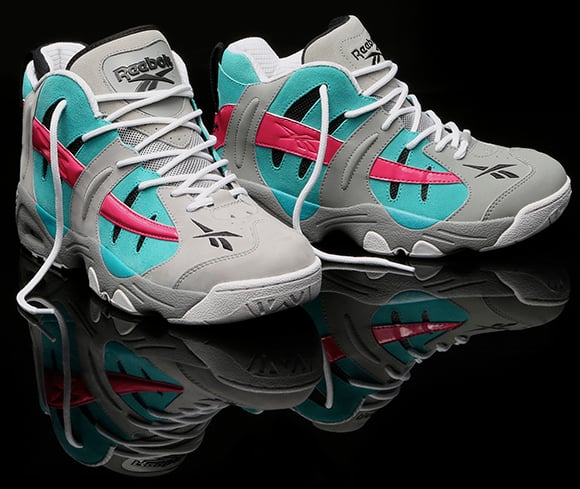