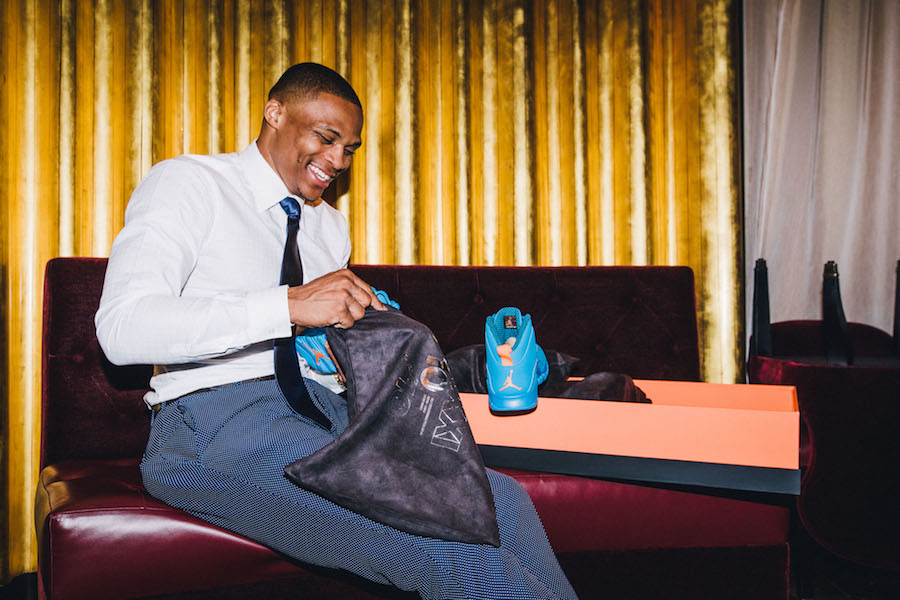 Russell Westbrook recently inked a 10-year contract extension with Jordan Brand. This will make him the richest athlete deal in the history of Jumpman.

News broke from Nick DePaula of ESPN who has said the contract will include his own on-court performance Air Jordan signature shoe. Prior to this, he has had an off-court shoe which is known as the Westbrook 0.1 and Westbrook 0.2. Also part of the deal is that Jordan Brand will contribute annual donations to his ‘Why Not?’ Foundation in OKC and Southern Los Angeles.

Specific details on the deal has yet to be announced, however the new contract will start at the end of his five year deal which he signed back in 2013. For now you can expect Russell Westbrook to wear the Air Jordan 32 on court during the 2017-2018 season. Make sure to visit the comments section and let us know your thoughts.