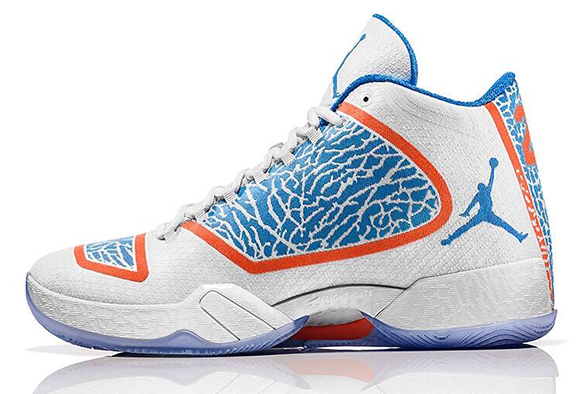 The Oklahoma City Thunder knocked off the Grizzlies in Game 7 while Russell Westbrook was wearing the Air Jordan XX9 PE to match the home jerseys. Media images leaked of Westbrook on the court playing in them but Jordan Brand has officially shown some detailed shots that we got our hands on.

Breaking down this Jordan XX9, which features a white base, elephant print on the woven upper, heel and on the toe box, hints of OKC blue and orange. Lastly, JB has used a translucent blue outsole and sole.

No information if the Home Air Jordan XX9 Russell Westbrook PE will release, but if they did would you cop? 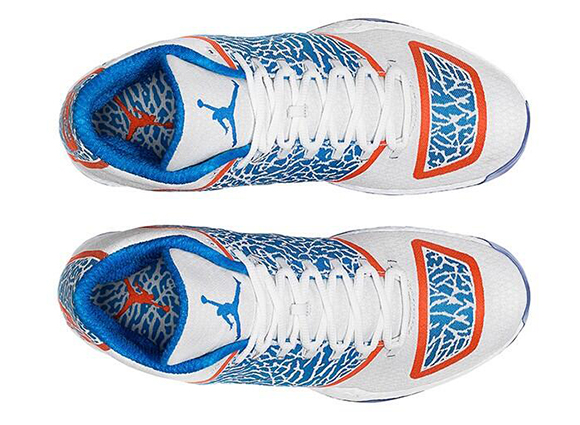 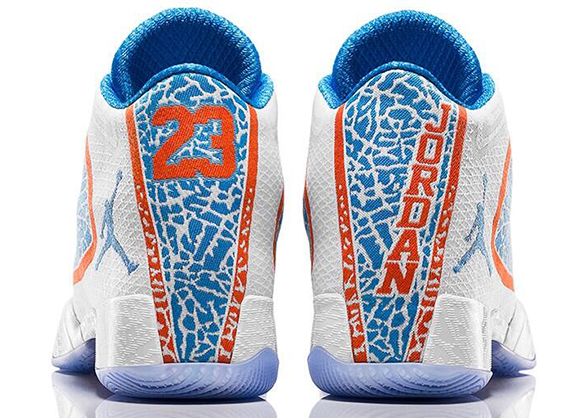 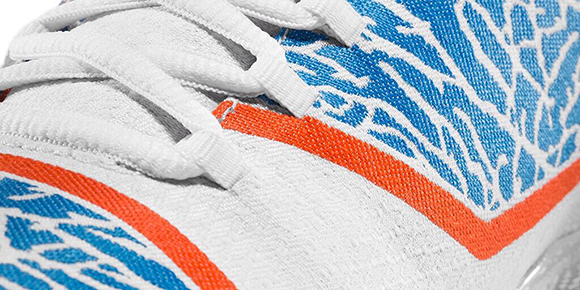