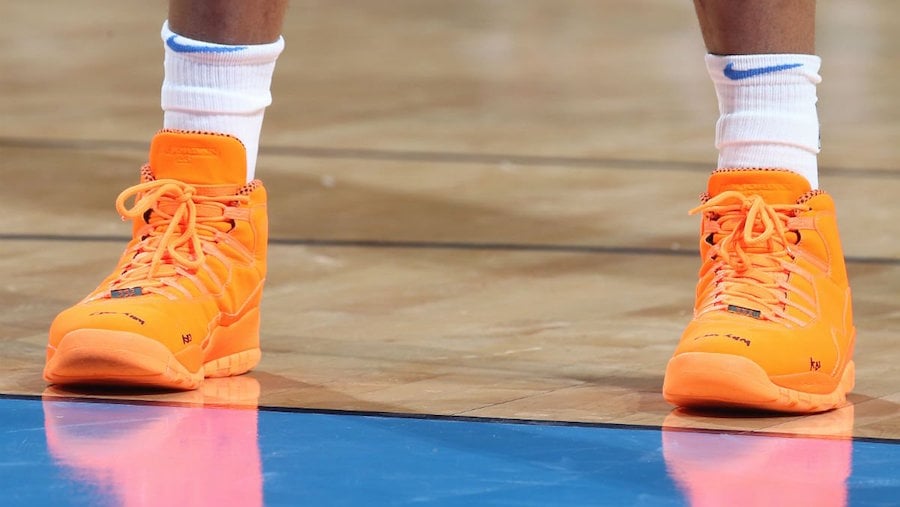 Westbrook wound up racking up 27 points, 6 rebounds and 5 assists in this Air Jordan 10 while the Thunder beat the Mavericks 112-99. As for the shoes, he added his own personal touches to them while adding ‘Why Not?’ on the toe and Khelcey Barrs III, a tribute to his late friend in sharpie. Aside for the Black from the sharpie, they are done in Orange while Blue lands on the heel pull tab, Jumpman and hinted on the outsole.

While most of us would love to see the Air Jordan 10 ‘MVP Orange’ PE release, don’t expect Jordan Brand to launch them. Continue to scroll below to check out more images which will show you a closer look. Let us know in the comments section if you would like to see these drop. 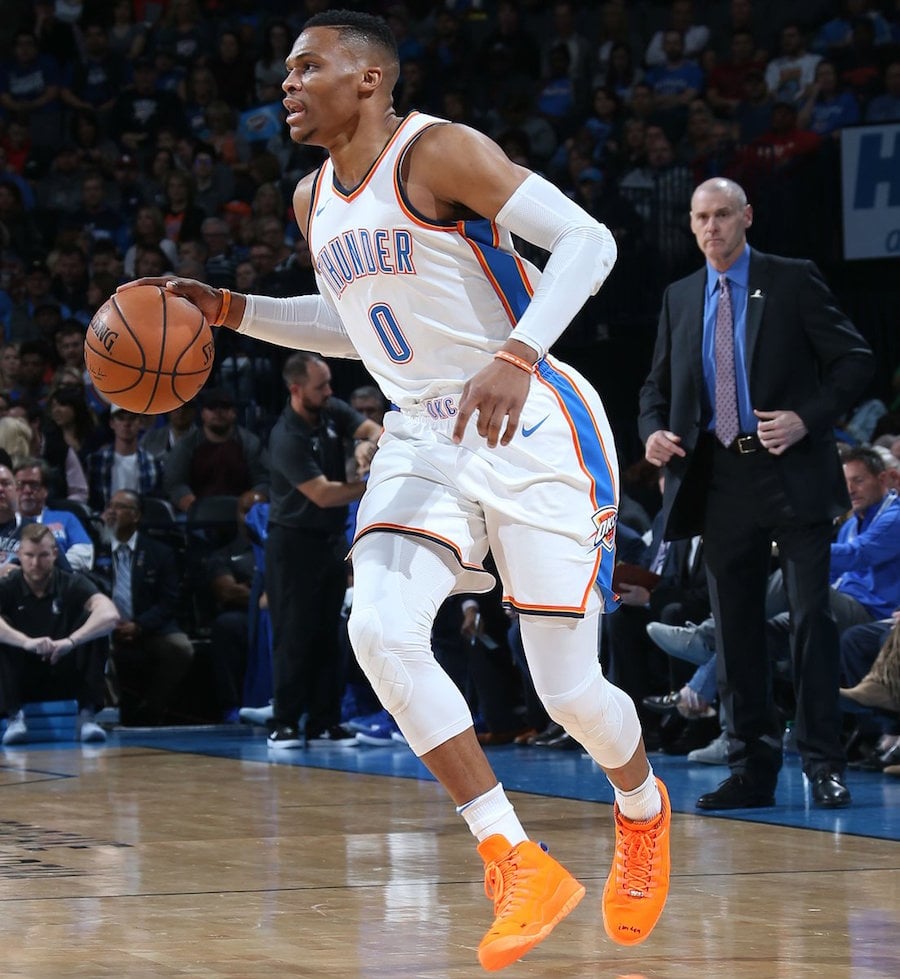 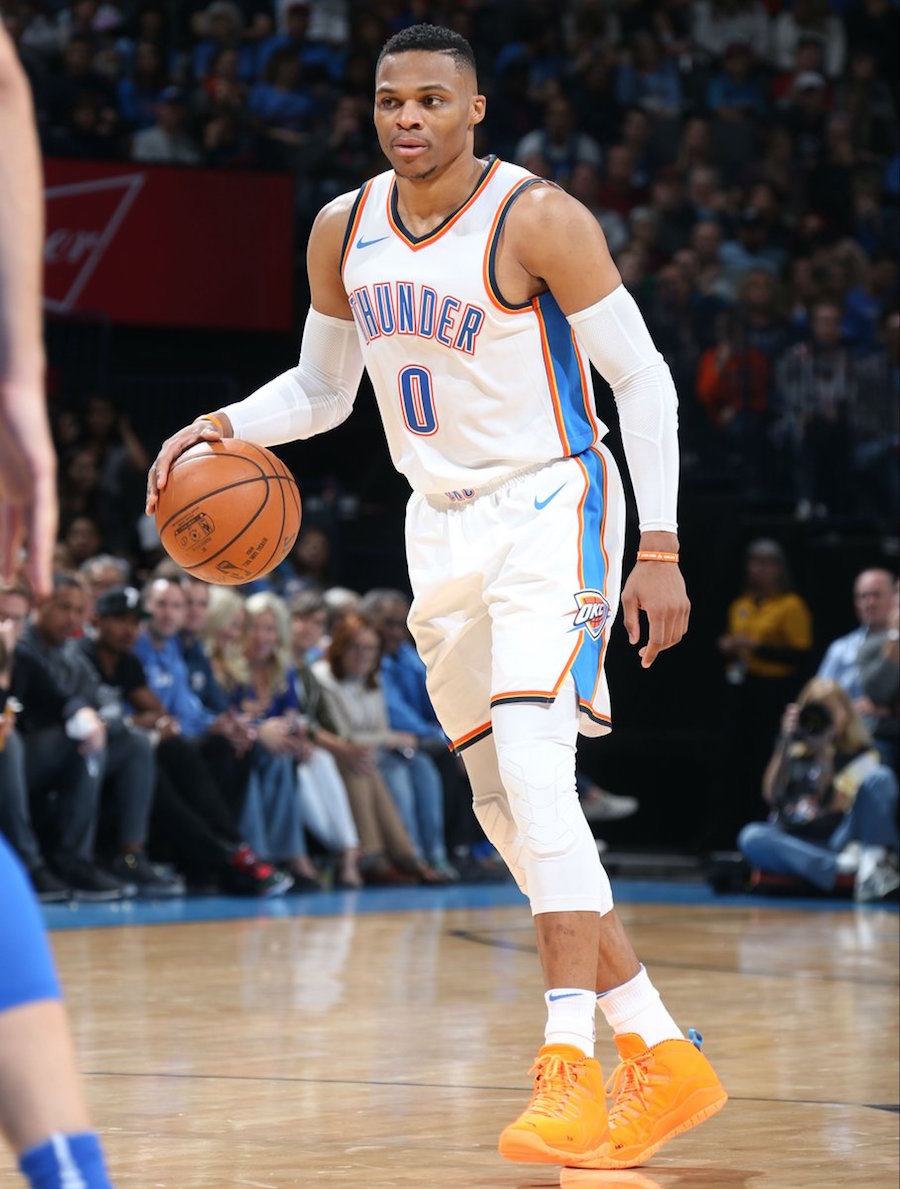 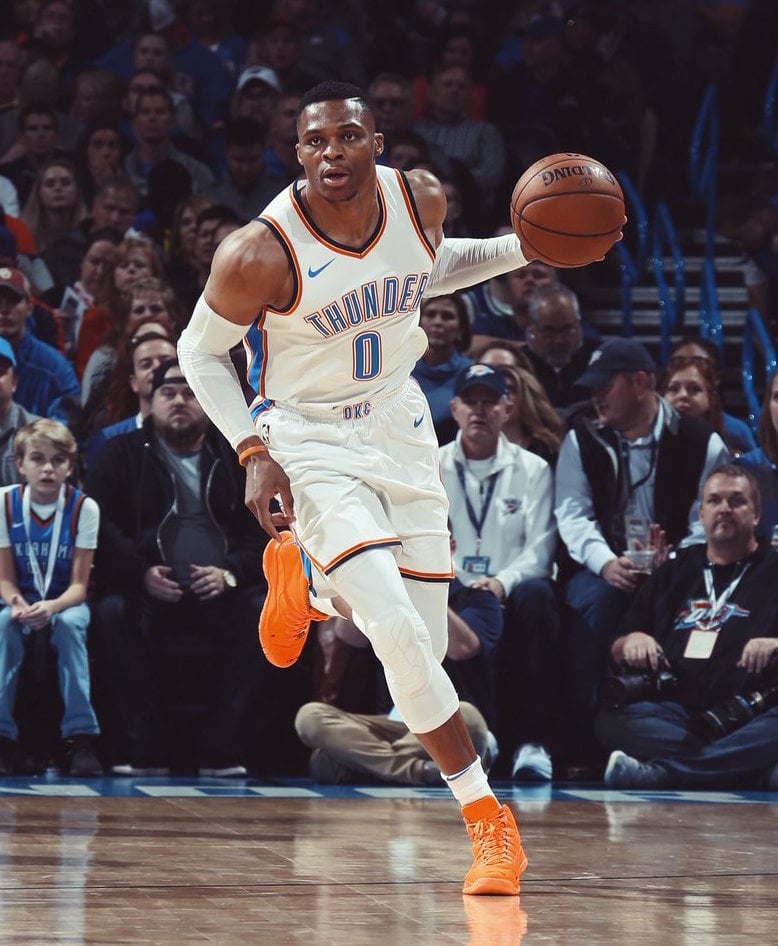 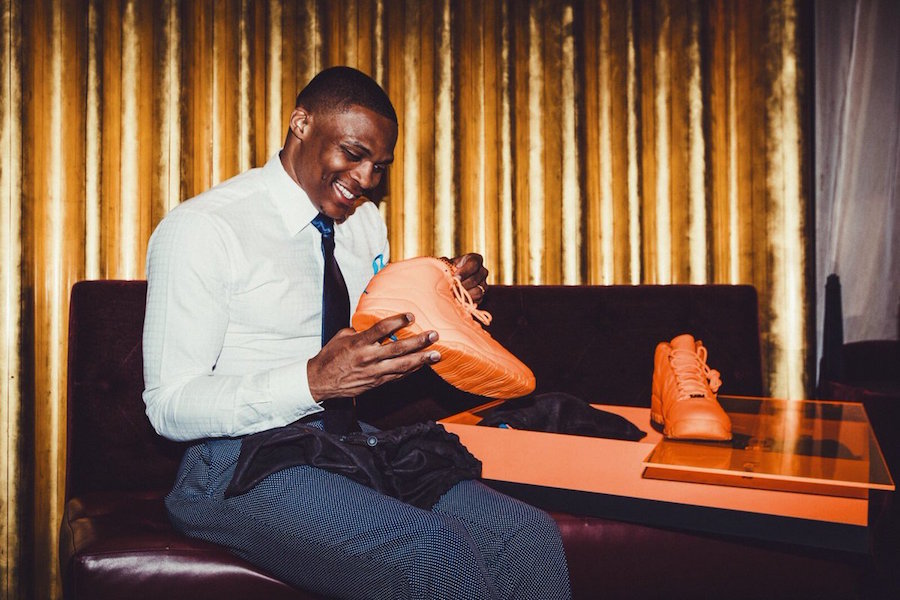 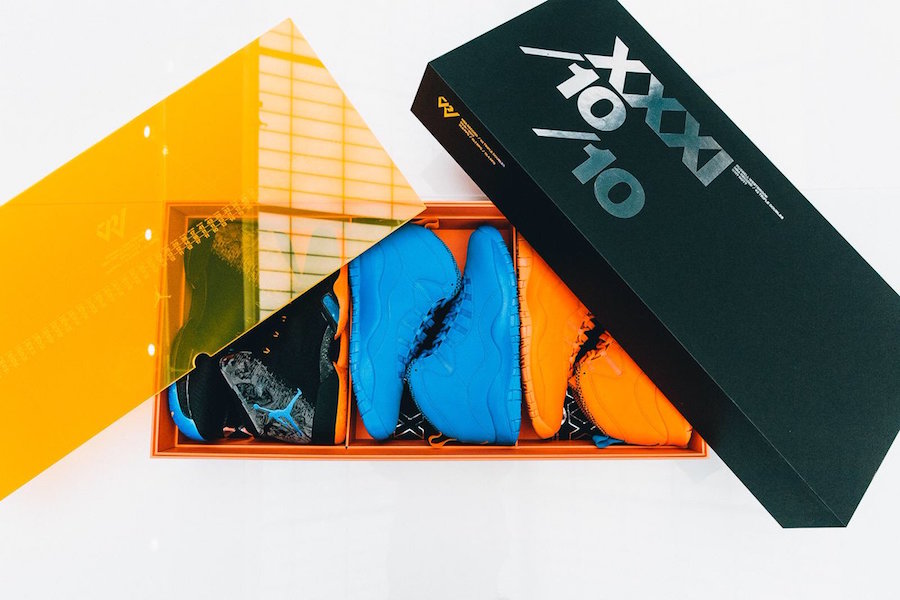 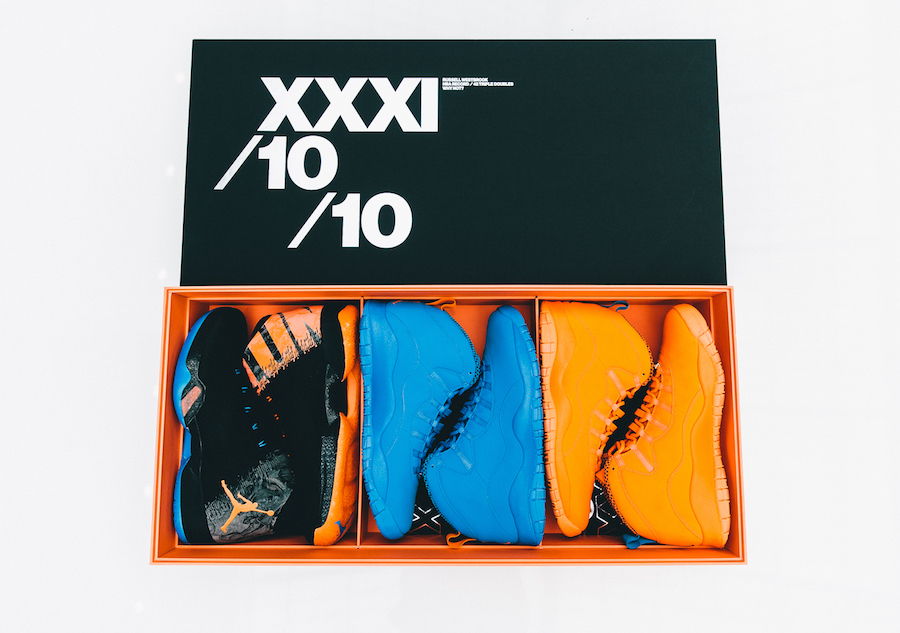