HomeNikeRunner's of Nike's We Run Jozi 10k Connect Streets Between Sandton and... 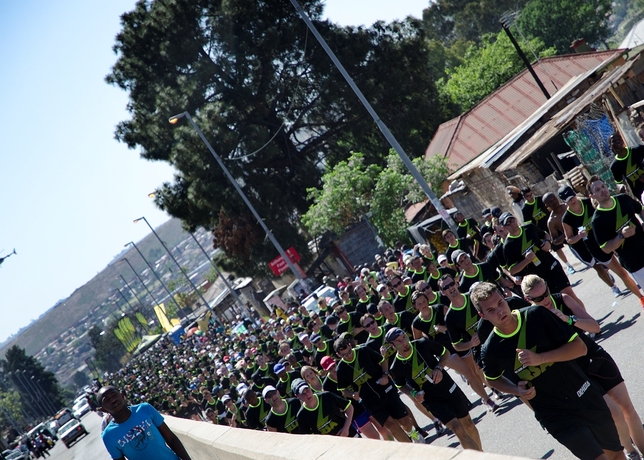 A capacity field lined up for the Johannesburg leg of Nike’s 2012 WE RUN series on Sunday, October 7th.  Everyday athletes, donning the official black / volt trim race-day tee, crammed Katherine Street in Sandton waiting for the Mayor of Johannesburg, Councillor Parks Tau to push the start button, so they could claim their own piece of greatness.

20,000 South African runners have claimed their piece of Nike’s WE RUN Jozi, and imprinted their footprint on the global Nike WE RUN race series, hitting 34 cities, 17 countries, and connecting 400,000 runners.

The energy was electric as the crowd stared down Katherine Streent in the affluent suburb of Sandton on the iconic route that would take them straight into the heart of Alexandra, one of South Africa’s poorest townships.

Sharing the streets that connected these two communities were some of South Africa’s favourite celebrities and Nike athletes who kept the runners entertained along the route. In what was a first in digitally ground breaking innovation, Nike only officiallly revealed the entire race route once all 20,000 registered runners had signed up, as each runner helped reveal a segment of this route through their registration.

All 20,000 runners who crossed the finish line, received a medal, and recognition for being the first runners to finish on a highway in South Africa.  The M1 Highway was the perfect setting for this finish as runners streamed in under two hours.

The field comprised of almost 80 percent of novice runners who remarked that this race is so unique and offered an experience which has socially connected, motivated and inspired a new era of running.

Anwar Jappie echoes these sentiments: “Sport is the only platform which does not distinguish between culture and borders, and running being the most basic form of athletic expression has the power to bring communities together.  The Nike WE RUN series aims to inspire and motivate the everyay athlete, making it possible to run in your own backyard.”

Nike  celebrated the runners achievements by hosting a cool down session at Innesfree Park, while entertained by a star-studded line up of entertainment including DJ Mo Flava, hip-hop artist J.R; Siyabonga ‘Scoop’ Ngwekazi; comedian Mpho Popps; as well as one of the most exciting House groups to come out of South Africa – Mi CASA. 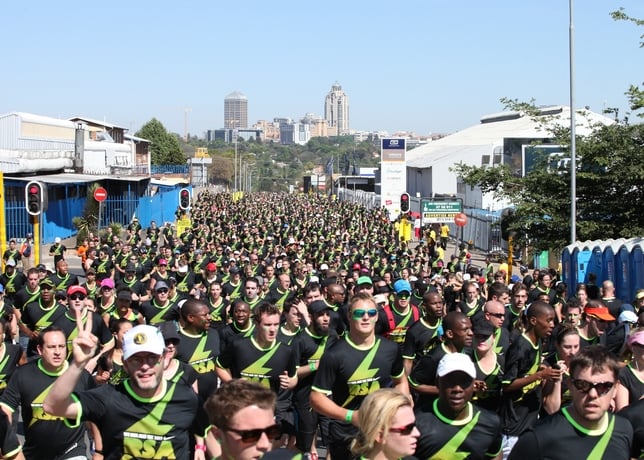 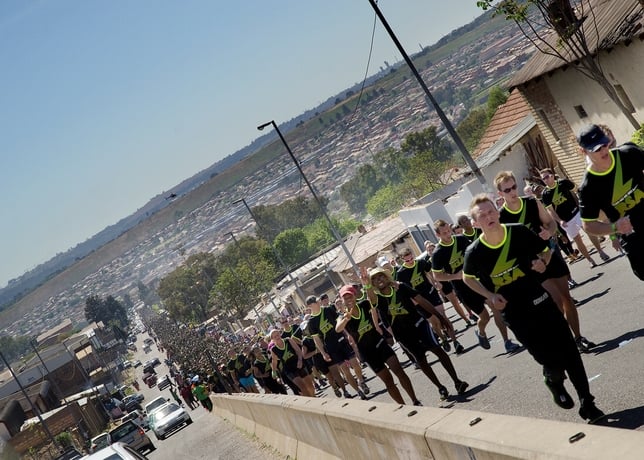