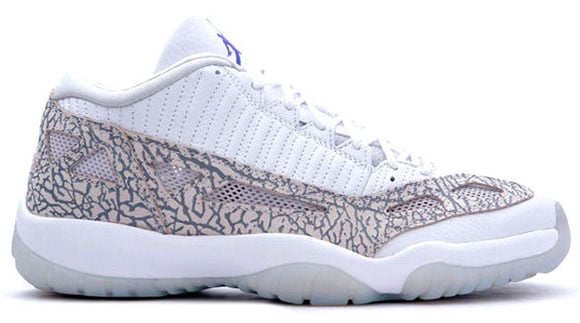 Let the rumors keep on rolling, but we wound’t post them if they held some truth to them. Now we have learned that the Air Jordan 11 Low I.E. White and Cobalt will return in August 2015.

Depending on the color scheme released in the past, the Jordan 11 Low I.E. didn’t do the best in stores, but with the amount of people getting into sneaker collecting, it wouldn’t be a surprise if they sold out within a week.

All we have is the official color way of the Air Jordan 11 Low IE to release which is White / Cobalt – Zen Grey – Cement Grey. Once more information leaks we will update you.