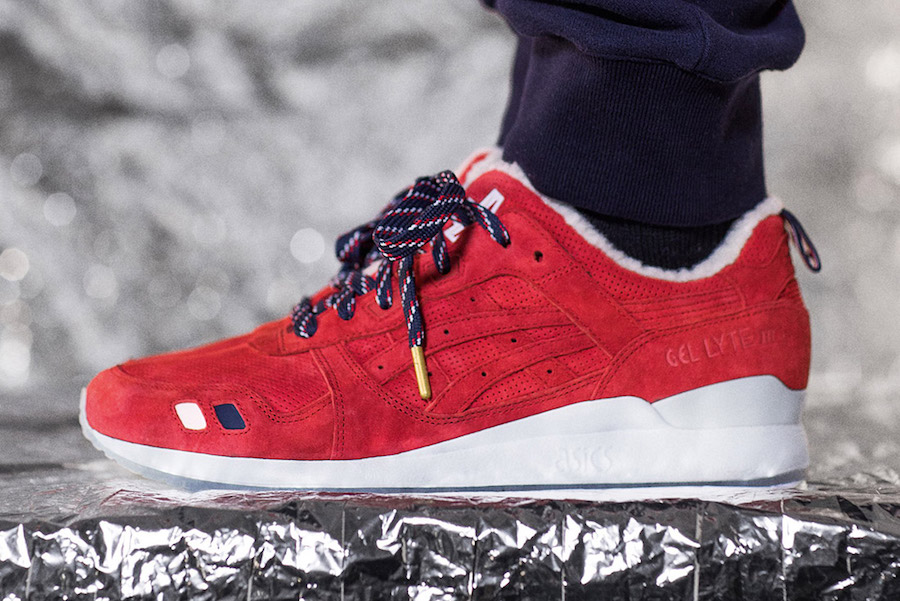 Ronnie Fieg who has had his fair share of Asics collaborations is once again teaming up with the brand. Once again he will rework the Asics Gel Lyte III which he has given us a preview of.

This Asics Gel Lyte III has a winterized makeover which features sherpa wool on the liner that will aid in warmth for the Winter months. In addition we have suede on the uppers done in Blue while Red and White accents are seen throughout. You will also notice the same Kith logo which was seen on Fieg’s Monclear jacket which lands on the split tongues and insoles.

At the time of writing, release information for Ronnie Fieg’s next Asics Gel Lyte III collaboration has yet to be announced. However you can expect Fieg to unveil them soon. Let us know your thoughts in the comments section.

Update: The KITH x Moncler x Asics Gel Lyte III collaboration will release in three colors of Red, White and Navy inspired by both brands countries of the USA and France. The entire collection will include 36 pieces with the first release taking place on Saturday, December 2nd. A second set will release on Saturday, December 9th at KITH and Moncler flagship stores. Retail price is set at $225. 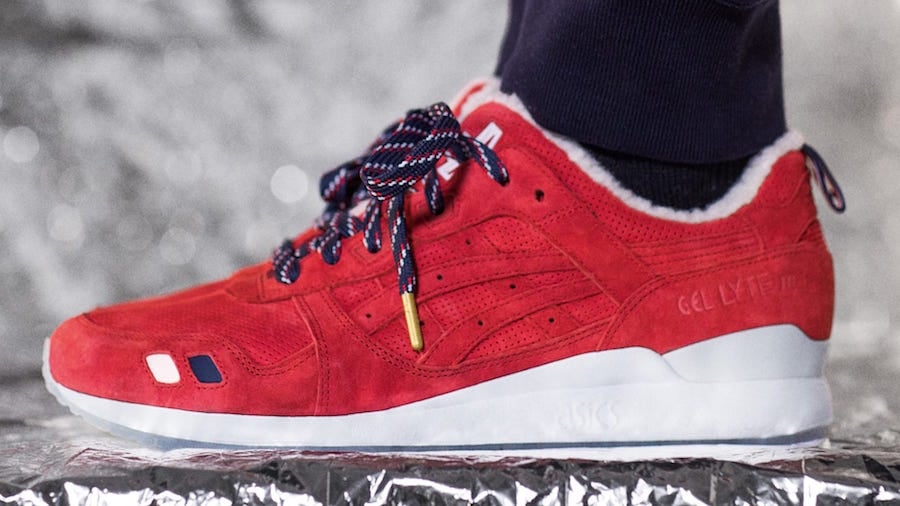 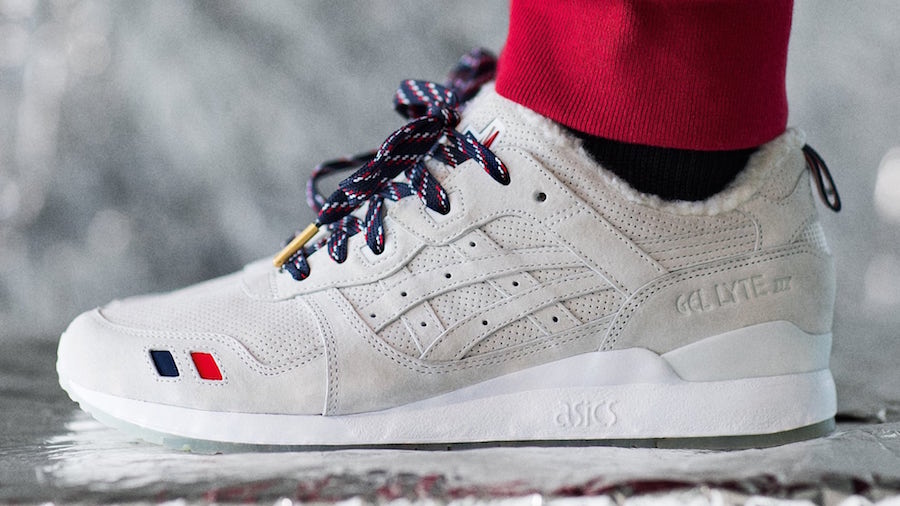 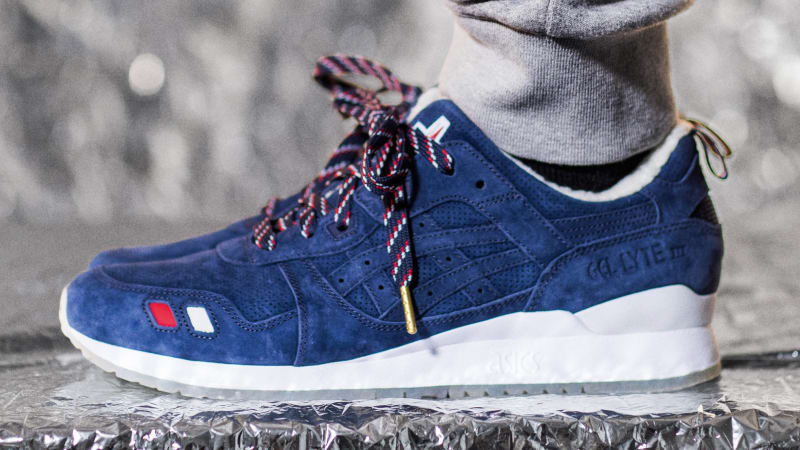 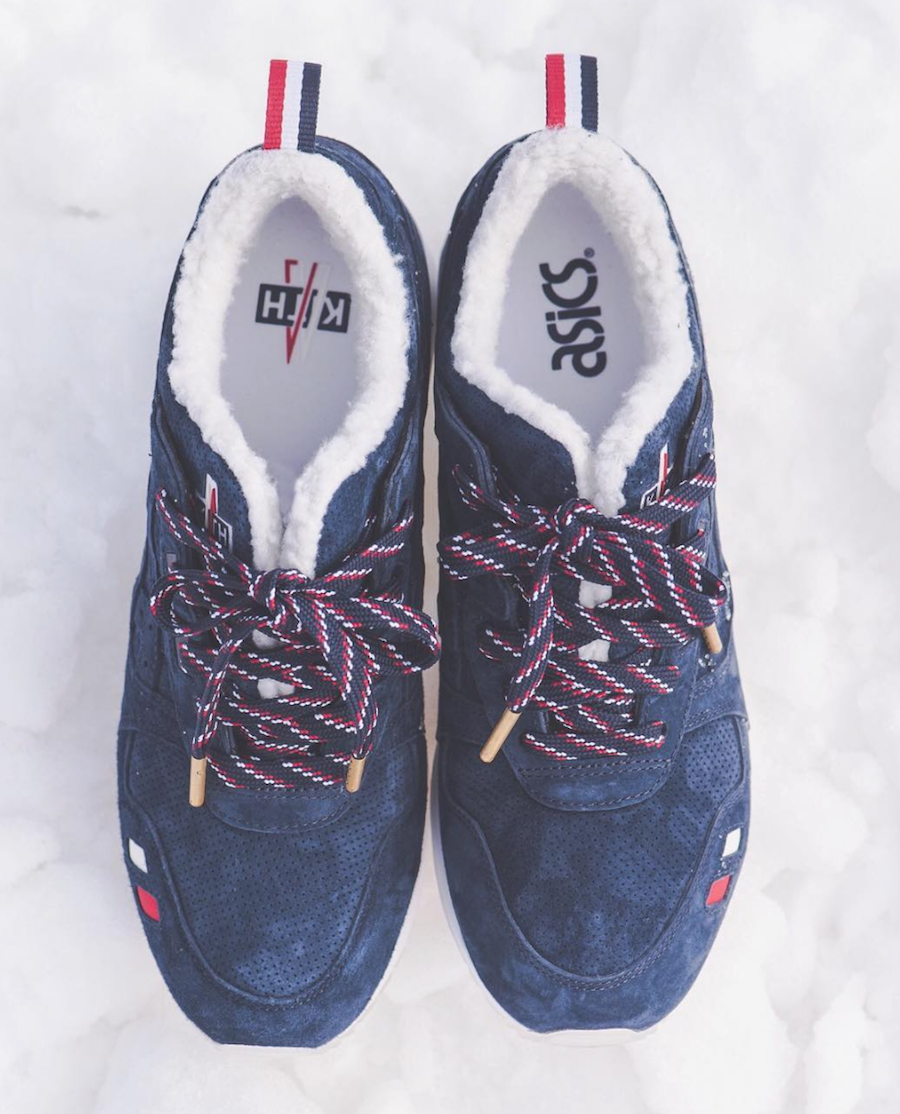