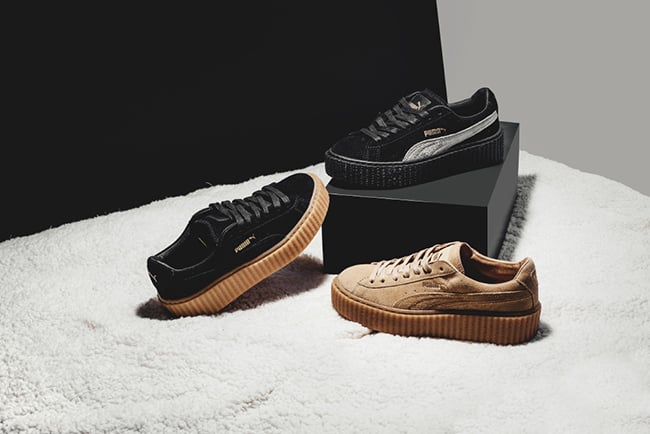 Rihanna is set for her first sneaker collaboration. She has connected with Puma and thanks to one of her fan sites, an early viewing of the Rihanna x Puma Suede ‘Creeper’ is now available.

The first model features a black suede base and a creeper gum outsole which is bulkier than the usual. Other details include metallic gold Puma branding and a both parties hitting the tongue on a leather patch.

The box is also themed out coming in all black and the words “Puma by Rihanna” written as well as “FENTY” across the lid, which is the singers last name.

Reports are saying that Rihanna’s Puma Suede ‘Creeper’ will first debut in China on September 25th, 2015 in multiple color schemes. As of now, a United States launch date is unknown but make sure to check back with us as we continue to update you. Below you can see a couple short preview videos of the upcoming collaboration.

Update: We have new images of all the Rihanna x Puma Suede ‘Creeper’ set to launch on September 25th at Puma retailers including Feature. 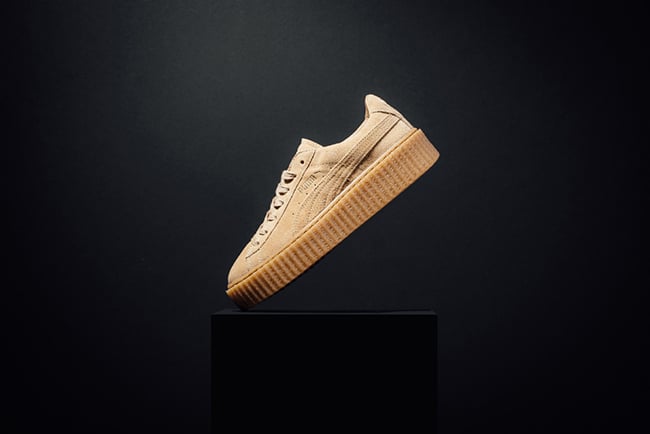 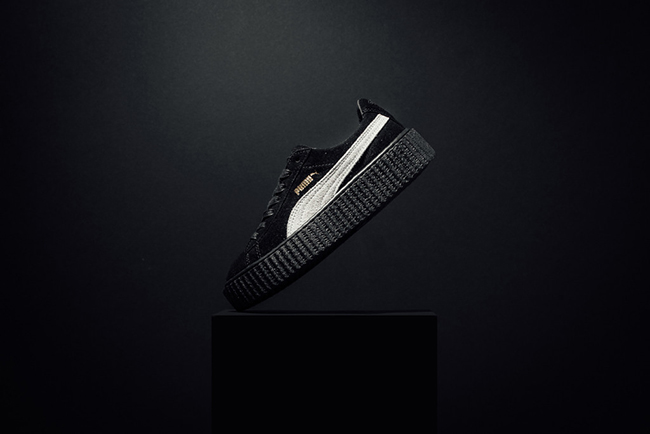 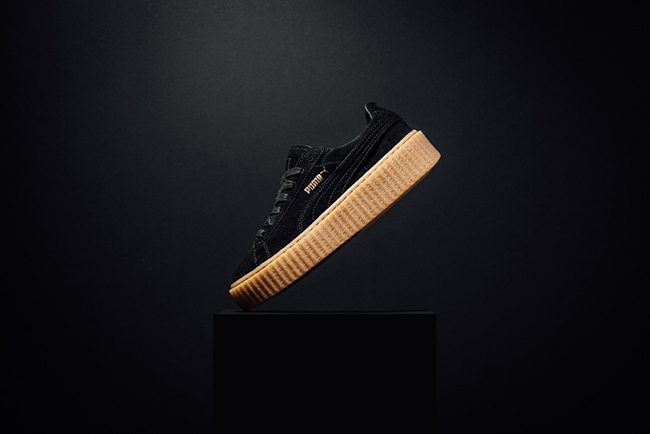 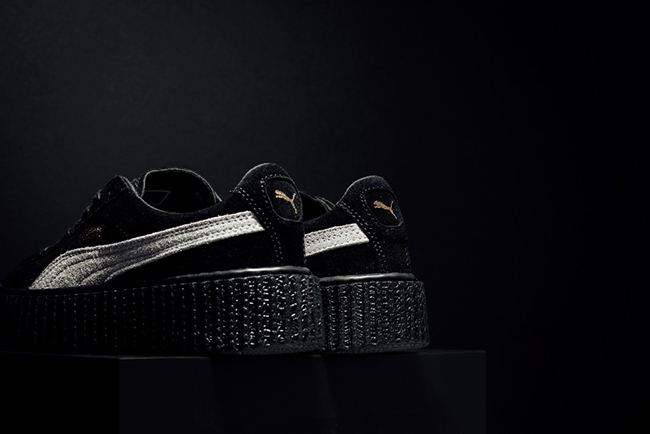 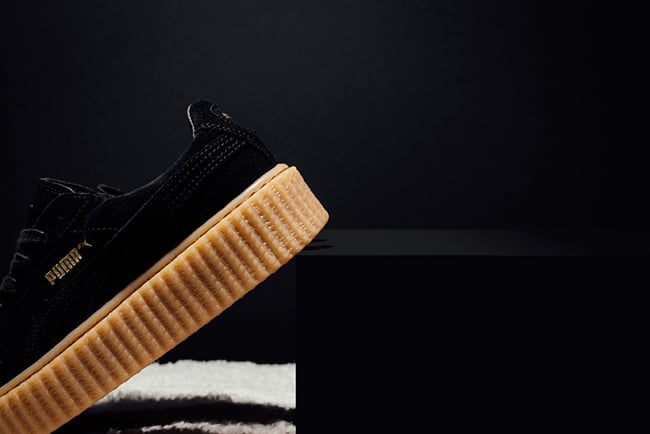 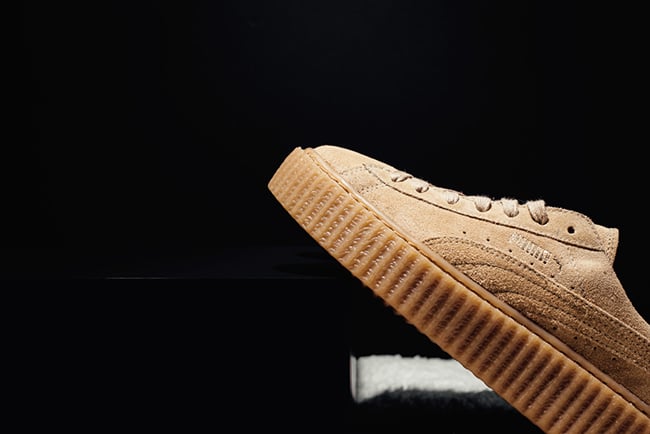 Update: Just like we expected, the Rihanna x Puma Suede ‘Creeper’ will debut on September 25th, 2015 at Puma retailers, one being EastBay. Retail price is $120 and two colorways will launch. Three pairs will debut which are Black/Oatmeal, Black/White-Black and Oatmeal/Oatmeal. 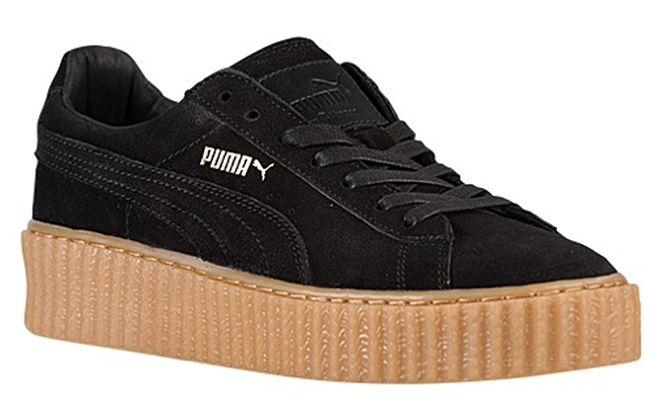 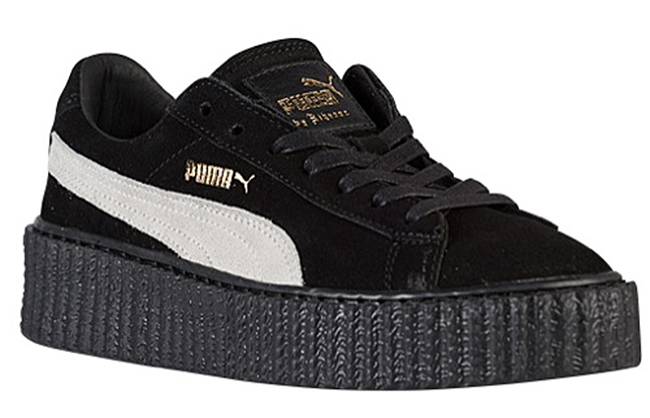 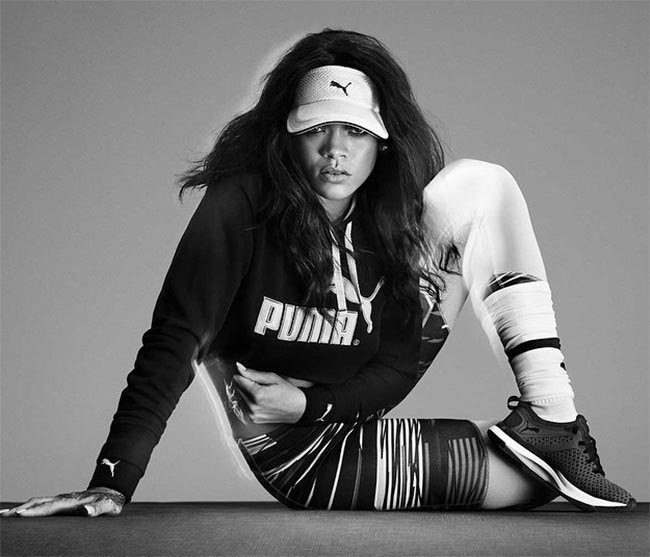