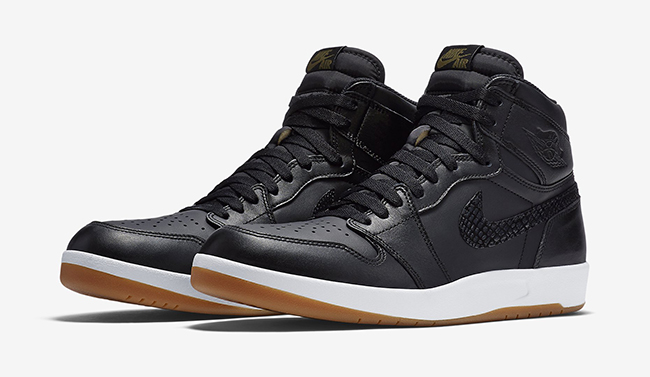 A release date has been scheduled for the Air Jordan 1.5 ‘Black Gum’.

Recently images leaked of an upcoming Air Jordan 1 which uses the Air Jordan 2 midsole, a hybrid that was originally created in 1985 that never released. OG heads know about the shoes and how rare they are. Now another color scheme has hit the net suggesting JB is going full force on the return.

Still there isn’t an official name to the shoes, but some are saying they are the Air Jordan 1.5 which we have seen JB release a .5 series in the past. This time around the shoes feature a black leather upper with reptile print hitting the swoosh, a white midsole and gum outsole and a shade of yellow landing on the Nike Air on the tongue.

There isn’t a release date scheduled for the Black and Gum Air Jordan 1.5 but stay tuned as we continue to update you.

Also known as the Air Jordan 1 ‘The Return’, the Jordan 1.5 Black and Gum is slated to release on Saturday, September 19th, 2015 at Jordan Brand retailers. A retail price has been set for $150. Below you can check out more images of the shoes. 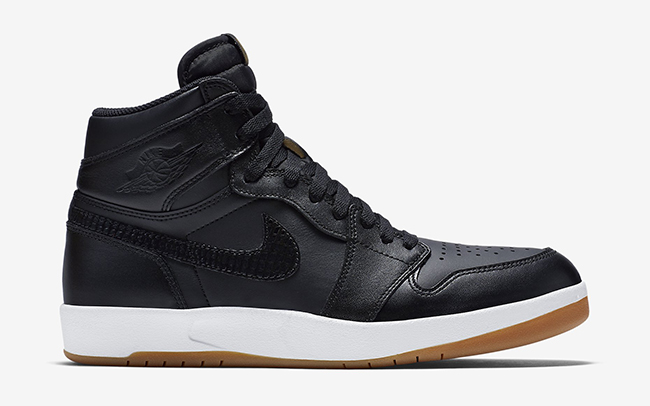 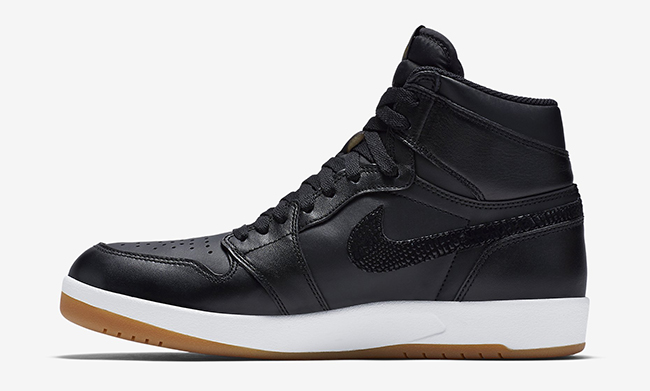 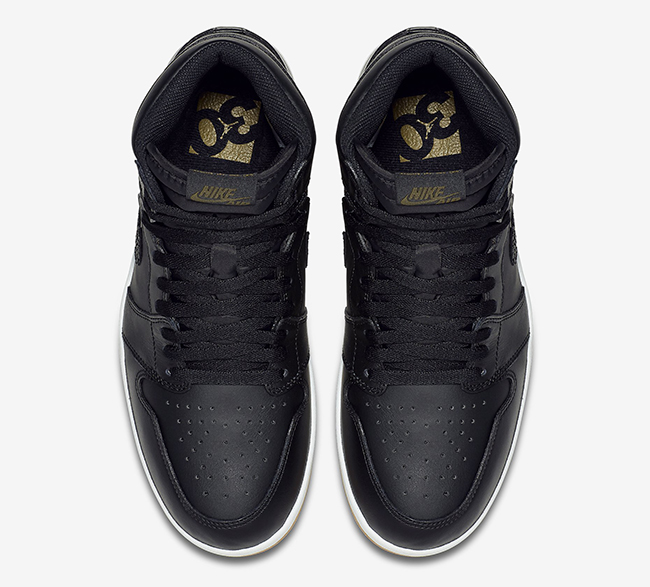 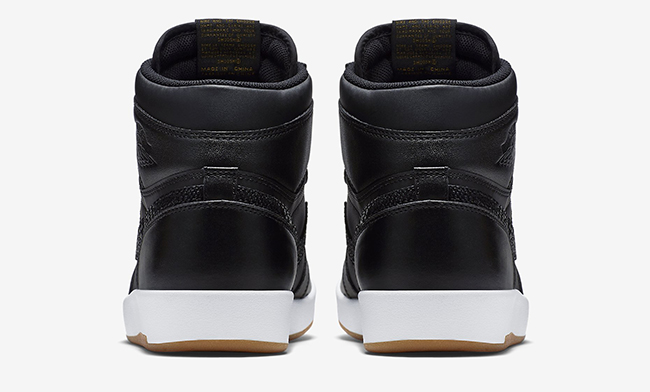 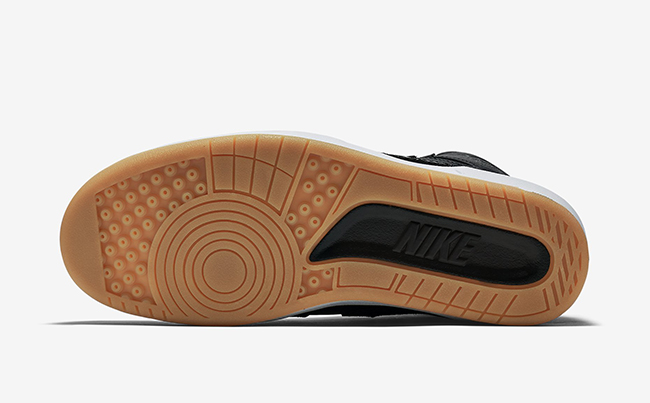 Update: We now have a detailed look of the ‘Black Gum’ Air Jordan 1.5 aka ‘The Return’ aka ‘Snakeskin thanks to Kenlu. 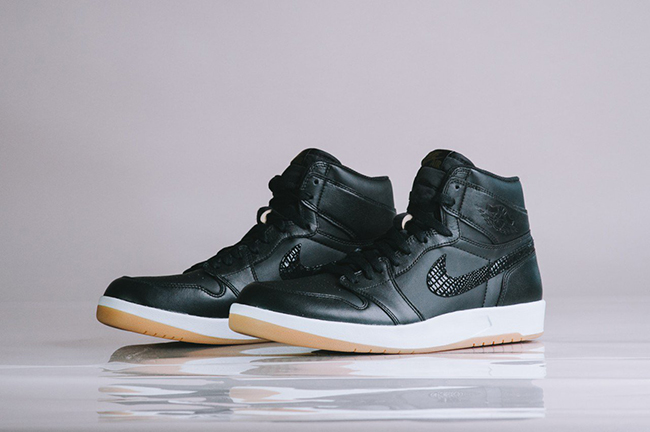 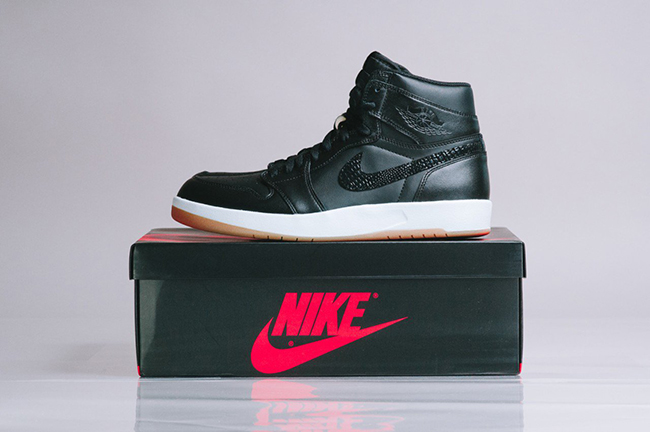 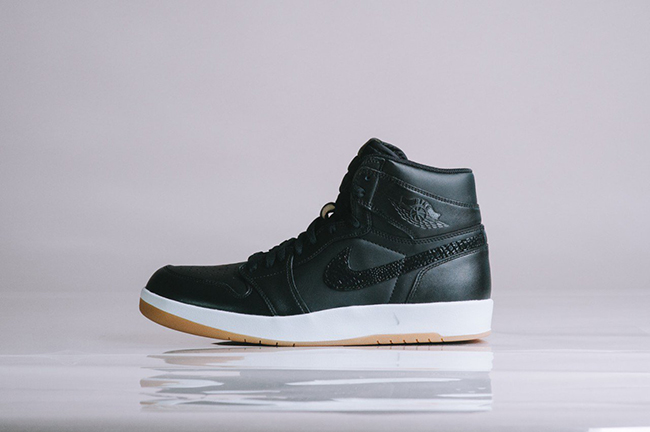 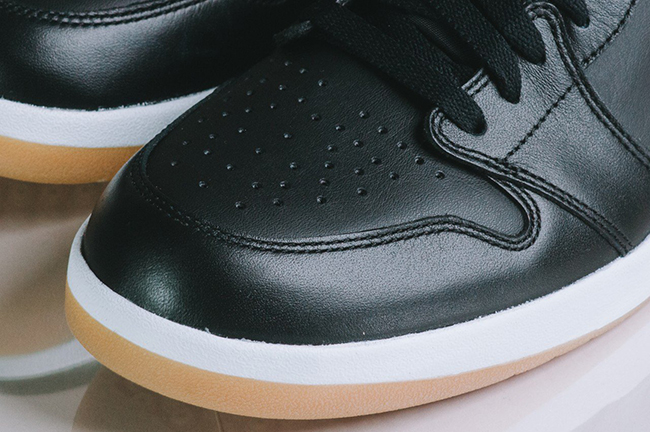 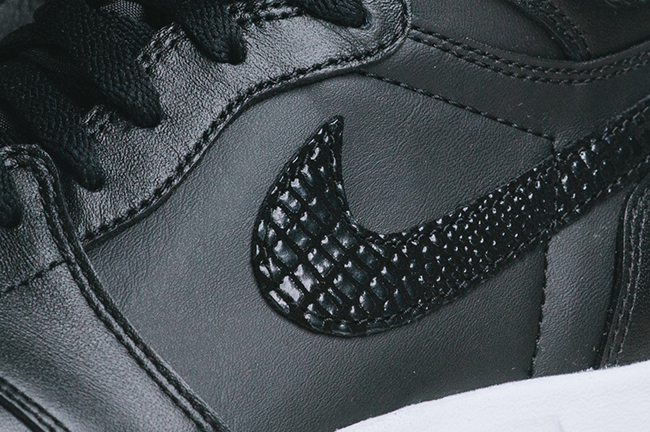 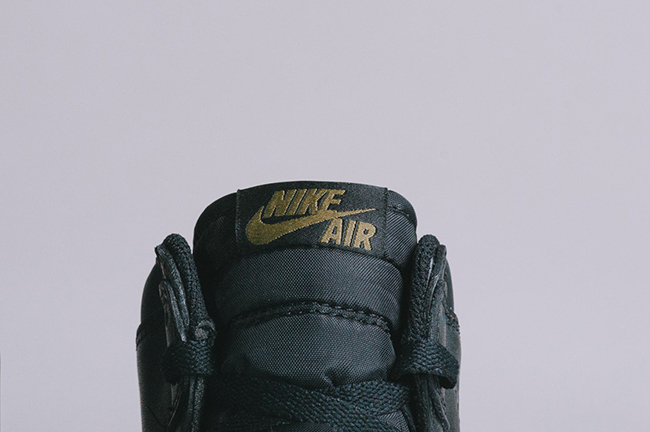 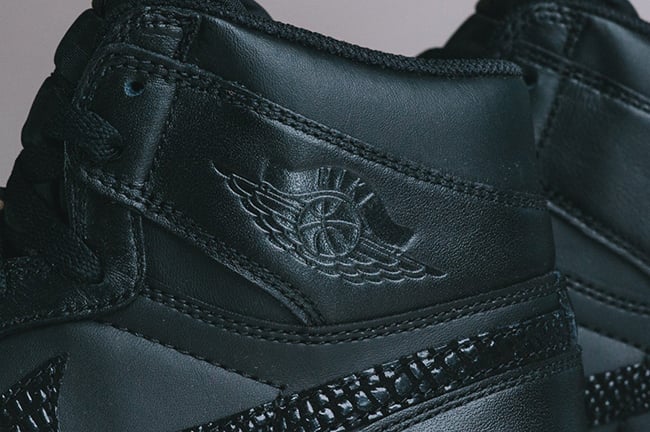 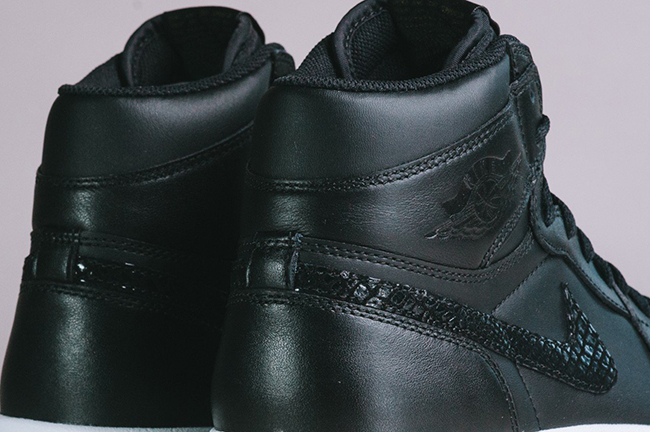 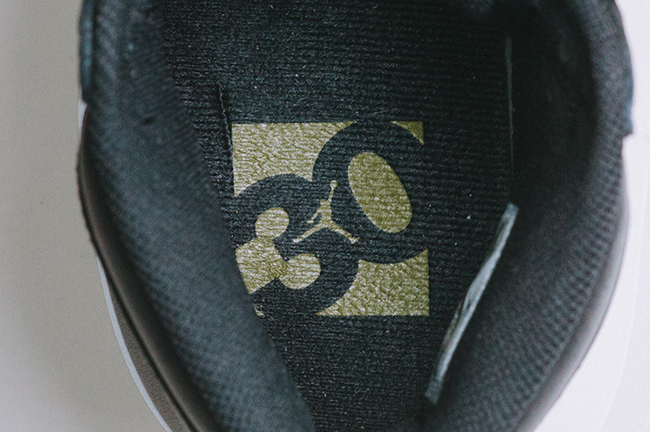 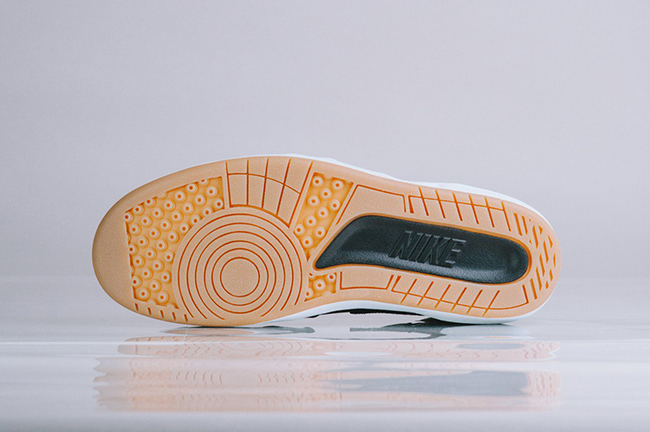 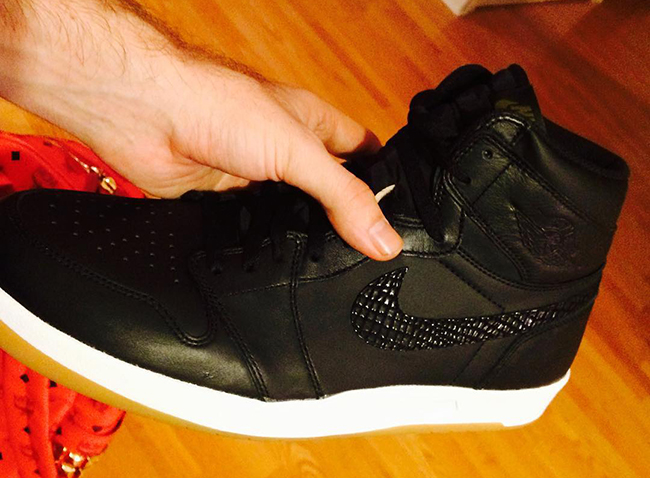 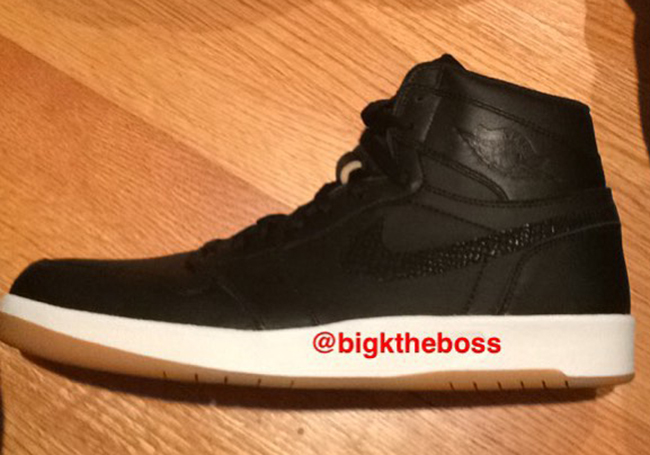 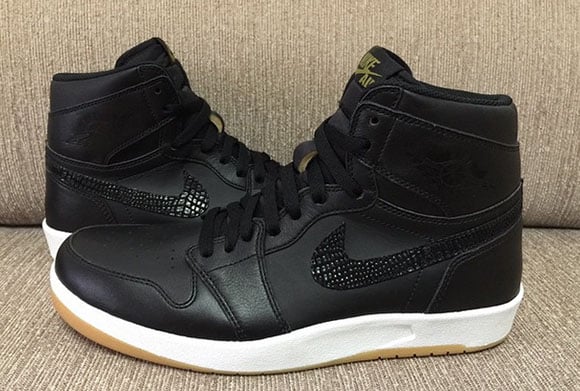 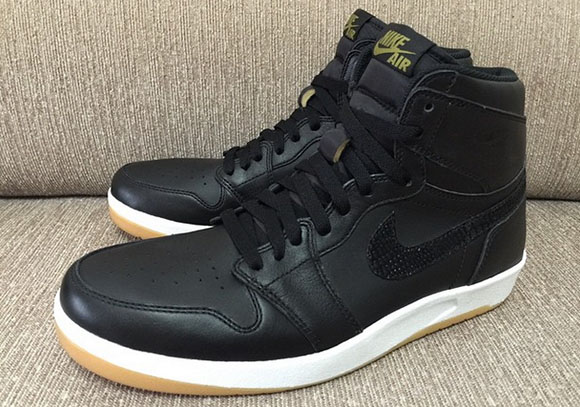 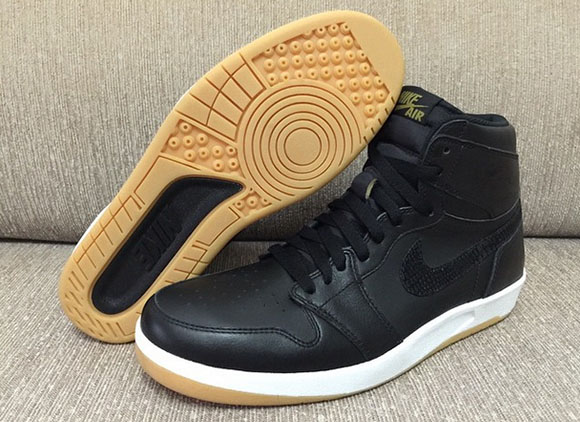 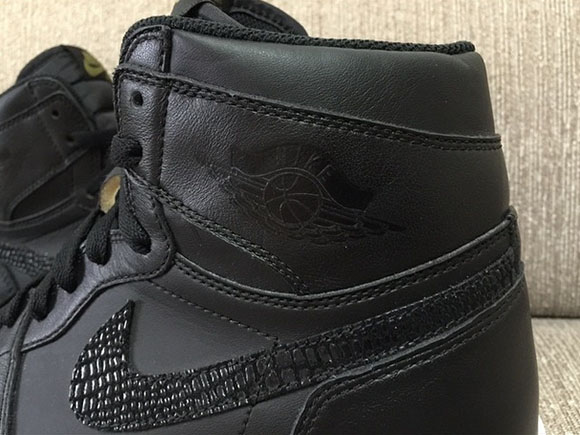 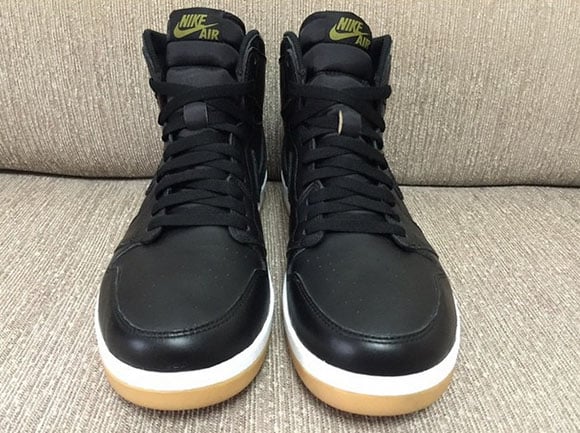 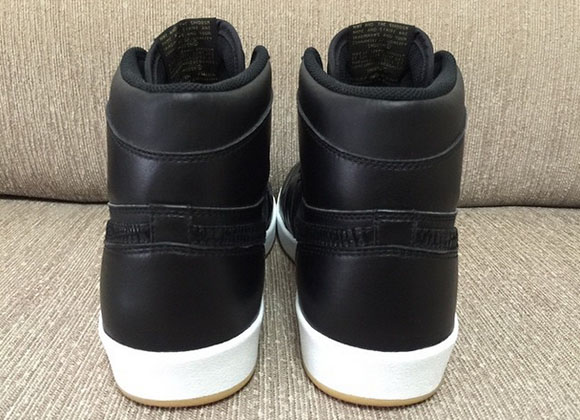