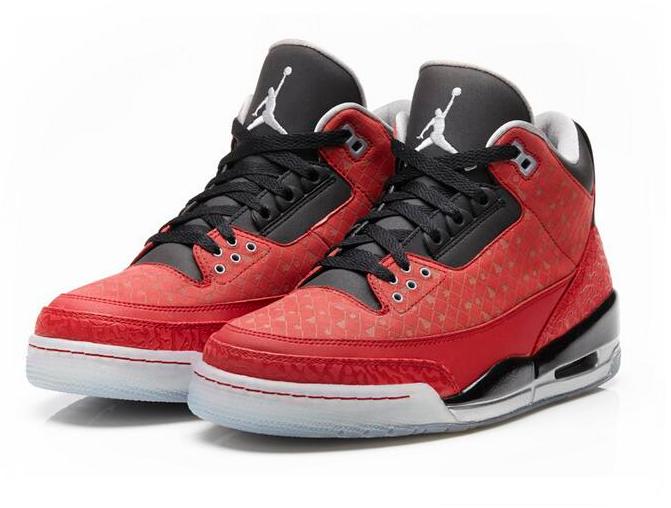 Since it’s debut in 2010, the Air Jordan III (3) “Doernbecher” has grown to become recognized as one of the most celebrated Doernbecher Freestyle creations.

Cole Johanson participated in the Doernbecher Freestyle program in 2010 and had the opportunity to tell his story through the Air Jordan 3 Retro. A tonal red upper features “COLE” subtly spelled out within a diamond grid pattern, as well as callouts to his two favorite foods (spaghetti and chocolate) behind the pull-tab. But it was two words inscribed on the insole that helped Cole beat his lymphoma: Strength and Courage.

In retrospect, the re-release of this silhouette arrives as a win-win in many individuals’ eyes as it tells a little boy’s story and raises funds for a good cause. Step in style with the Air Jordan III (3) “Doernbecher” as it drops today at a retail price of $160 at select Nike retailers.