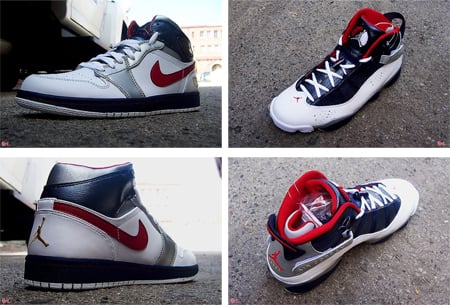 This weekend marks the release of a few Air Jordan models, including highlights like the Air Jordan 1 Retro and Six Rings, both consisting of the Olympic theme. The Air Jordan 1 is making a strong return in the retro scene with the likes of this Olympic model and a host of others over this past year.

Next year is no exception either, a variety of models in several forms has already been confirmed, but nevertheless this a positive sign for Air Jordan 1 fans. The other model releasing alongside the AJ1 is the Six Rings, a rather new model seen in a few select styles including the popular Olympic combination. You can pick up both this weekend for $100 and $150 at Air Jordan retailers and Millennium Shoes.