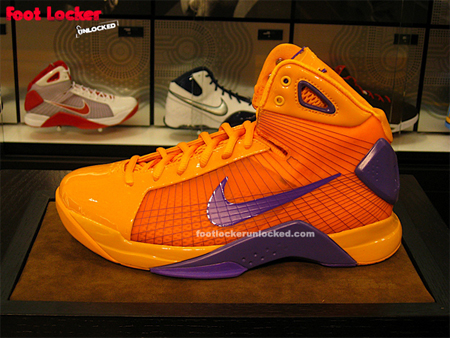 As part of Friday’s plethora of player exclusive releases at the House of Hoops in Chicago, Kobe’s Nike Hyperdunk Supreme PE will also be released. This pair of player exclusives features a bright yellow base, purple Nike swoosh, and purple accents to successfully display the Los Angeles Lakers’ team colors. As we have all come to know, Kobe Bryant’s light-weight hyperdunks have become the sneaker of choice for basketball players around the world. Though Bryant has not been spotted using this colorway on the courts to keep the Lakers a perfect 7-0 up till now, this pair helped Kobe jump a pool full of snakes in the popular Hyperdunk commercial; thus, this pair is commonly referred to as the Kobe Bryant Nike Hyperdunk Snake Pool. Expect these to release at House of Hoops in Chicago tomorrow, November 14th, 2008. Via Footlocker. 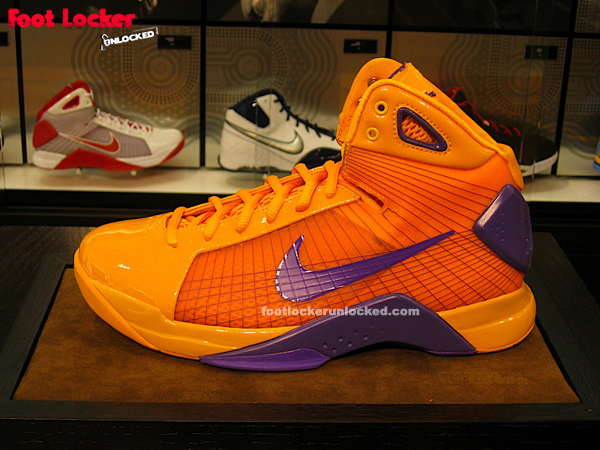 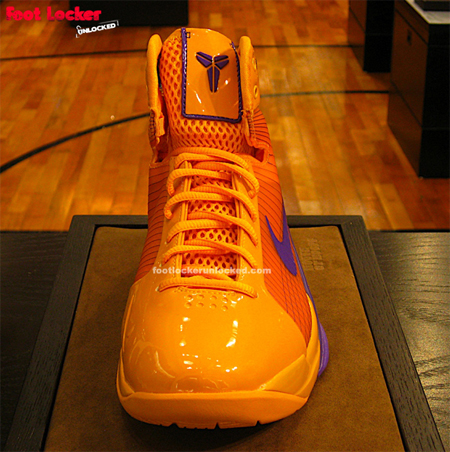