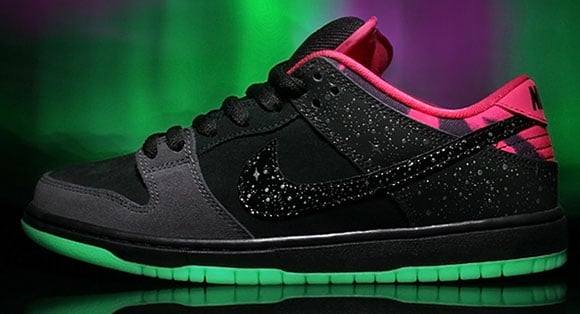 Premier has connected with Nike SB again, this time borrowing the Yeezy colors and adding them to the Nike SB Dunk Low. Instead of the early dubbed nickname, they are now being called ‘Northern Lights’.

You might think this is a straight Yeezy adaptation, but the Premier x Nike SB Dunk Low is inspired by the lights of the Aurora Borealis. The base is made of black suede while the toe box is wrapped in grey. 3M stars is placed on the Swoosh and around the heel, the shade of pink is placed on the liner, insole and on the collar with black used to make the ‘wavelength’ look. Mint green lands on the sole which glows in the dark. Finally we have Premier’s branding on the tongue. 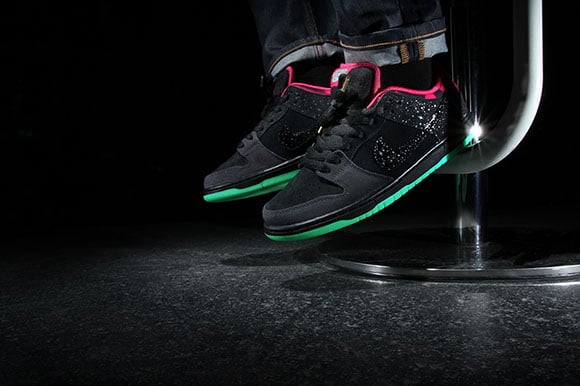 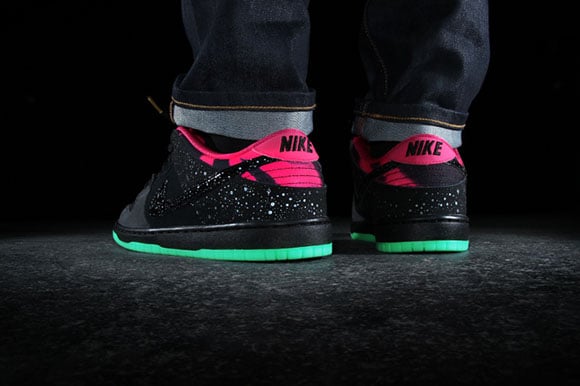 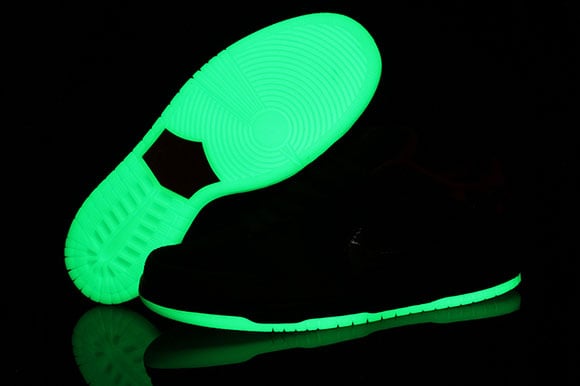 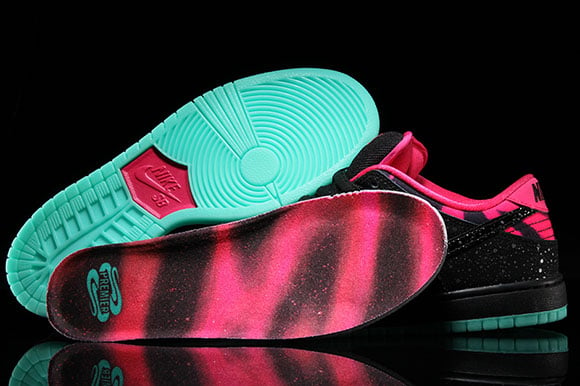 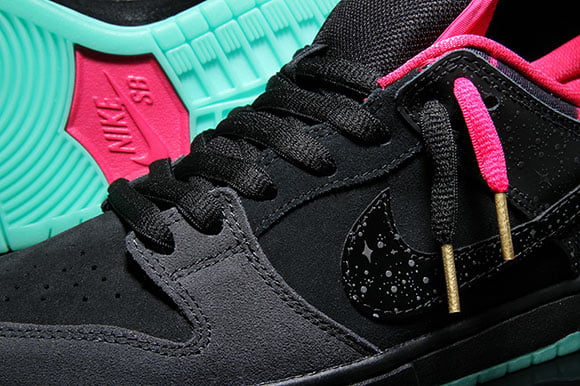 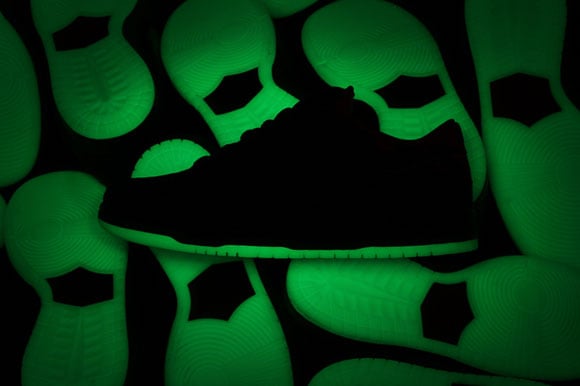 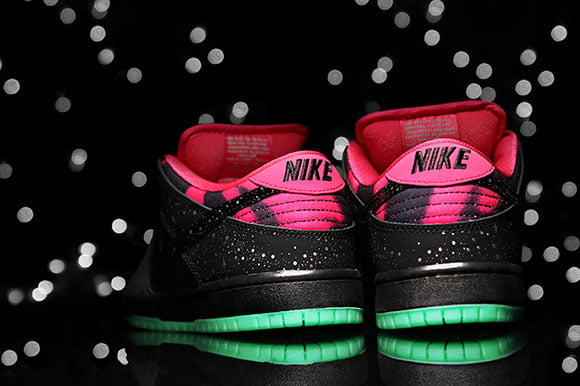 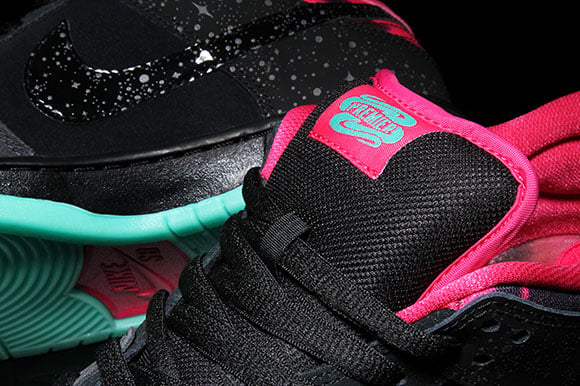 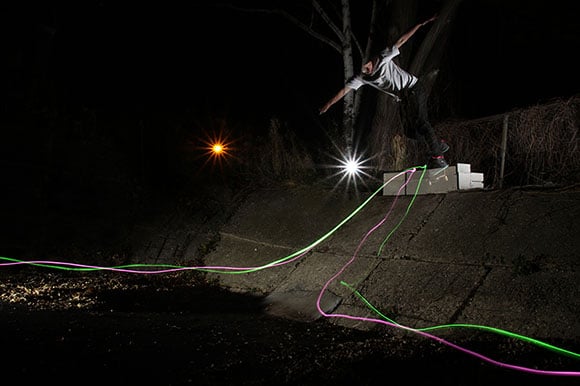 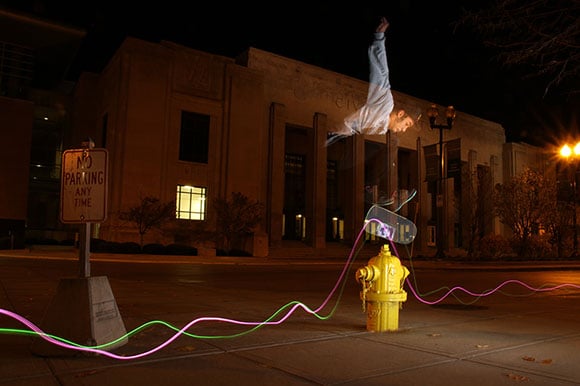 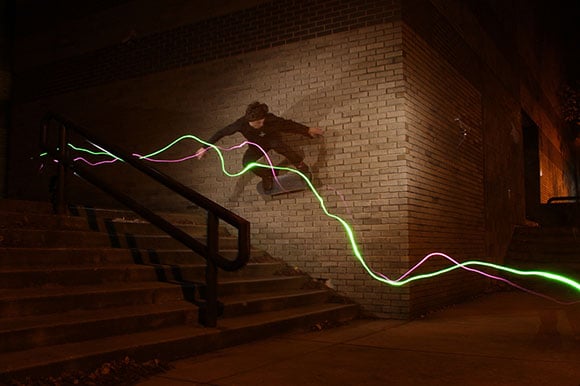 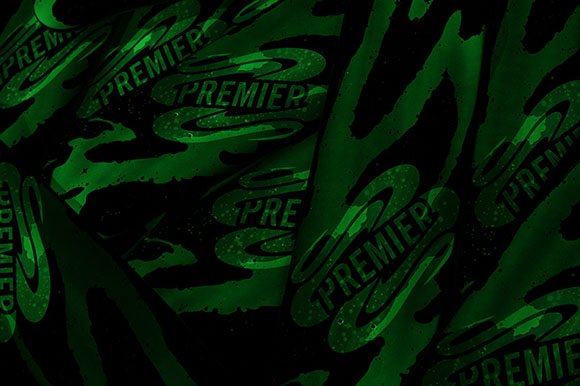