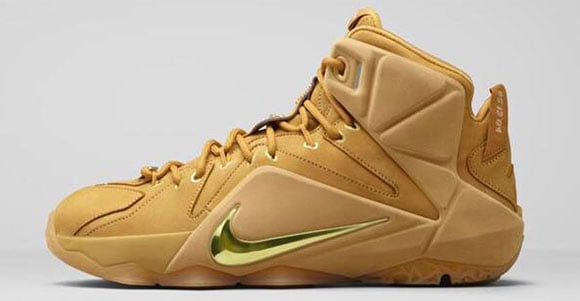 Over a week ago we shared with you the rumored release date for the LeBron 12 EXT ’12 Generation’ also being called Wheat. The day they were launching was on March 7th. It looks like another release date is slated, but will only have us waiting a week longer.

According to Nike’s SNKRS app, the 12th Generation Nike LeBron 12 EXT will release on March 14th. Nothing was posted on the website yet, which means a couple of things. They might only drop on the 14th via the SNKRS app and later hitting Nike Store, or they could just be a SNKRS app exclusive.

If anything changes or additional information comes out, we will have you covered. Will you be picking up the LeBron 12 EXT ’12th Generation’?