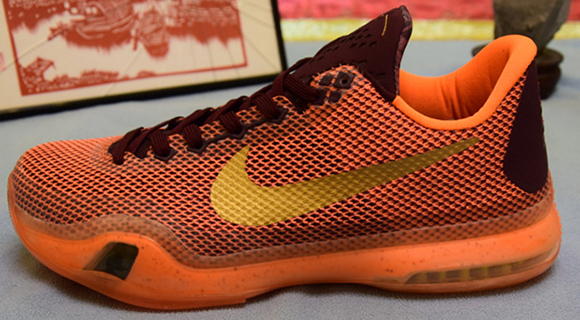 With three pairs of the Kobe 10 released, we have to look forward to two more pairs in the month of March. One being the Vino and the other Silk Road. We now have a release date for the Nike Kobe 10 Silk Road which is later in March (see below).

The Silk Road Nike Kobe 10 is this years tribute to China and the ever growing Basketball fan base. We would think that they would of released in February being Chinese New Year, but Nike had other plans. Featuring merlot, red, orange and gold, a couple retailers in South Africa already dropped the pair way before the scheduled release.