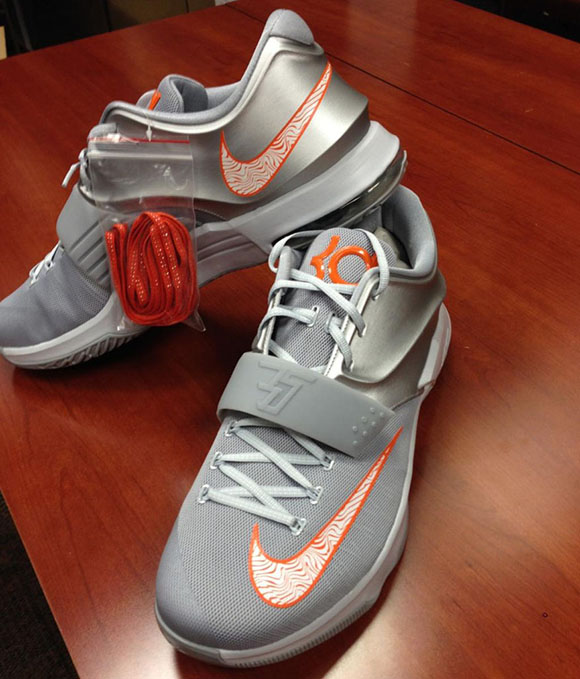 Couple weeks back we shared the KD 7 made for the Texas Longhorns. Good news is if you liked the shoes Nike will be releasing them soon.

The Nike KD 7 Texas features a metallic silver base with urban orange accents around the swoosh and designs within it, KD on the tongue and a second set of laces. Wolf grey is seen on the strap, sole and flywire.

We are confident that the pair previously shown is the KD 7 releasing of course without any of the schools branding. Releasing December 19th 2014 for $150.