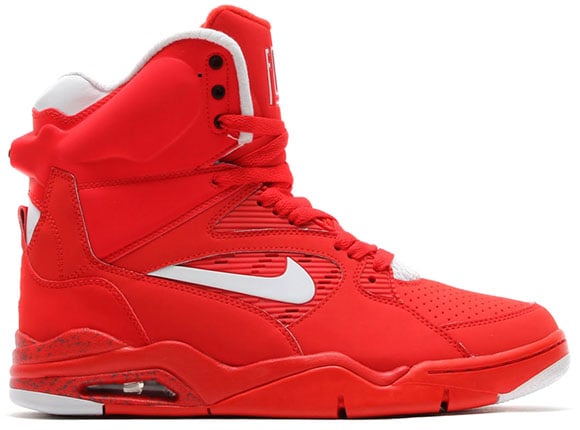 So far we have seen the Air Command Force come back in the OG volt and a Spurs 90s jersey for David Robinson. For those that need the Command Force in their life another pair is coming within the next month or so.

We would hate to label another shoe ‘Red October’ or even ‘Yeezy’, but the Nike Air Command Force does feature a predominate university red upper where white is used second most and is placed on the swoosh, liner, heel and parts of the outsole. If you look closely you can see some black or what can even be dark grey splattered around the air unit.

For now we have to wait on a release date for the University Red Nike Air Command Force but stay tuned as we hit you with the info.