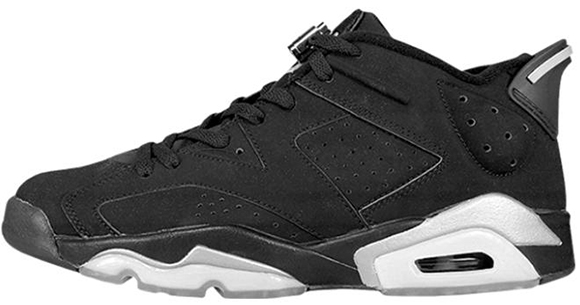 Not long ago we brought you information along with catalog scans of two pairs releasing later this year of the Air Jordan 6 Low. One of those pairs will be an older retro brought back featuring black and metallic silver. For those excited about the release, we have good news. We have the release date.

While the catalog scans couldn’t give us to much information, they do look like the original release from 2002. During that time frame two pairs of Air Jordan 6 lows released for men and one for women.

The Air Jordan 6 Low Black and Metallic Silver will release August 22nd 2015. Retail price is unknown but will be coming soon.