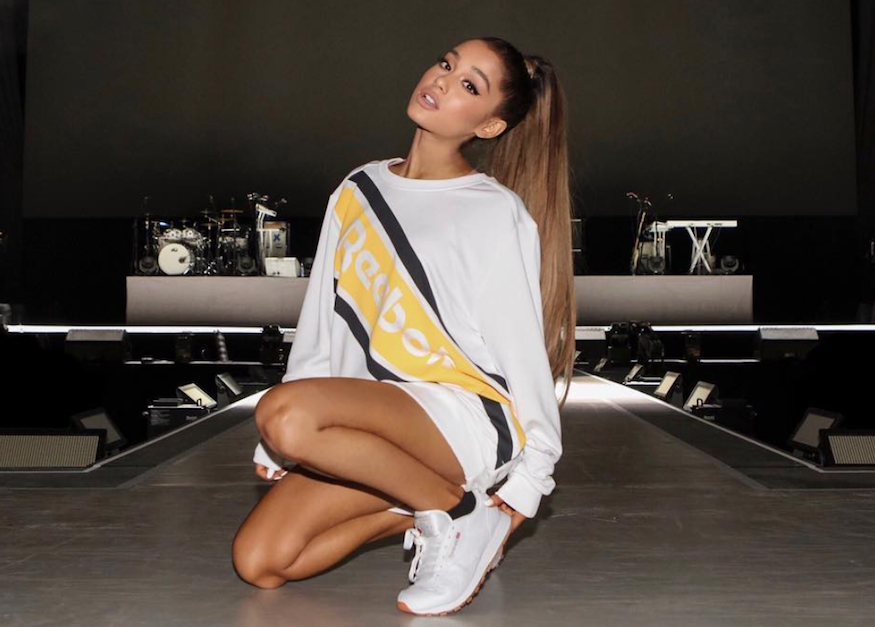 Reebok is signing more entertainers to the line and recently they announced the addition of singer Ariana Grande. She will be the brands new ambassador.

Information comes from WWD, who has said that the deal will run for a year and utilize her social media following. Her Instagram alone has 113 million followers.

“Like Reebok, I fiercely stand for those who express themselves, celebrate their individuality, and push boundaries,” Grande said. “I’m an advocate for people accepting themselves for who they are. Reebok’s message of enabling and encouraging self-belief and self-betterment is something I fundamentally live by.”

Bold. Confident. Defiant. From the styles she wears to the sweat that she drips, @ArianaGrande is constantly challenging conventions, inspiring dangerous women everywhere to be their best selves.  Join us in showing some love to the newest member of the Reebok family! #ArianaxReebok #BeMoreHuman Check out the link in bio to shop Ari's look!

Confidence, self belief and self expression 💡♡🌙 I am proud to partner with @Reebok who has the same ideals and beliefs as me & that I hope to instill in my babes 🌩#BeMoreHuman #ArianaxReebok