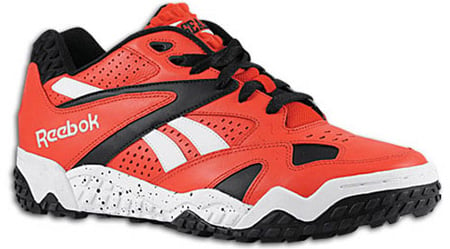 Some of the great NFL players of the 1990s like Barry Sanders and Emmit Smith hit the field during the Pre-Season with the Reebok Scrimmage Low. Reebok is focusing on releasing different trainers that released during the 90s. One pair we showcased was the Pump Pay-Dirt, which was worn by Frank Thomas, Roger Clemens, and Emmit Smith.

Available now at Eastbay.com in this lovely China Red / White / Black color-way, with a price tag of $74.99.