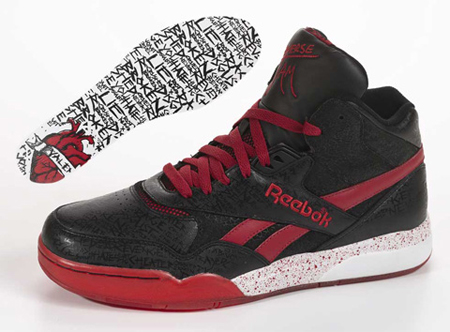 It has only been a few months since Reebok re-released their very popular “Reverse Jam”. A few color-ways were put out by Reebok and now here’s a new pair with a “Love Sucks”.

Featuring a black upper with red accents as well as a speckled mid-sole, this shoe has words like Cheater, Hate, Digust, and Broken written in all across the shoe. The insole also as a similar pattern and words. Release is slated for February. Via Complex. 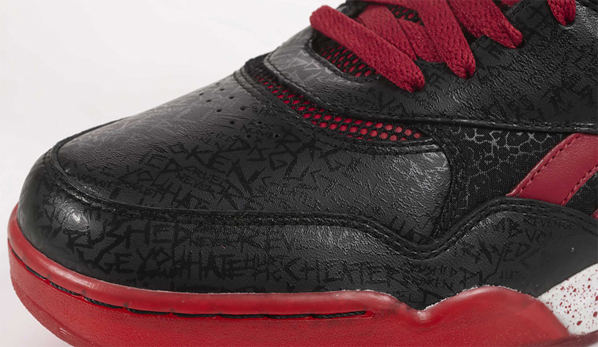 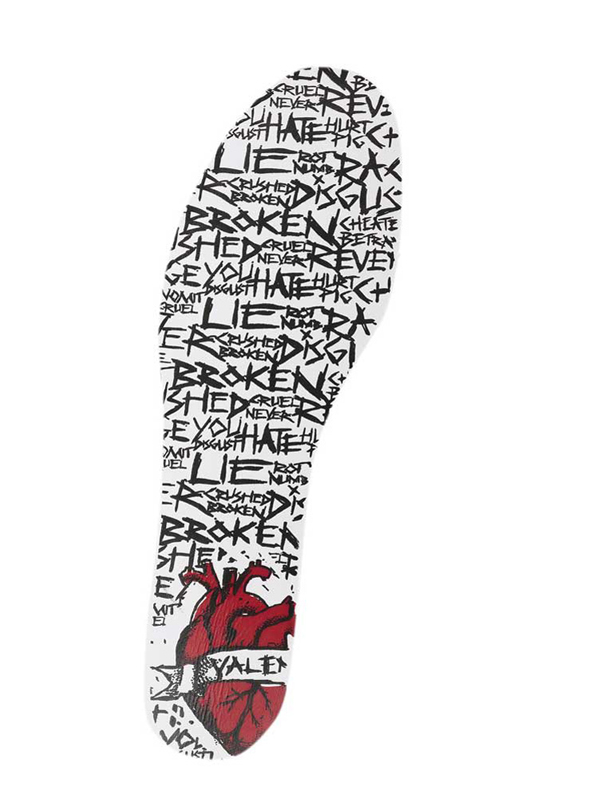