HomeReebokOrange Covers the Latest Reebok Question to Pop Up

Orange Covers the Latest Reebok Question to Pop Up 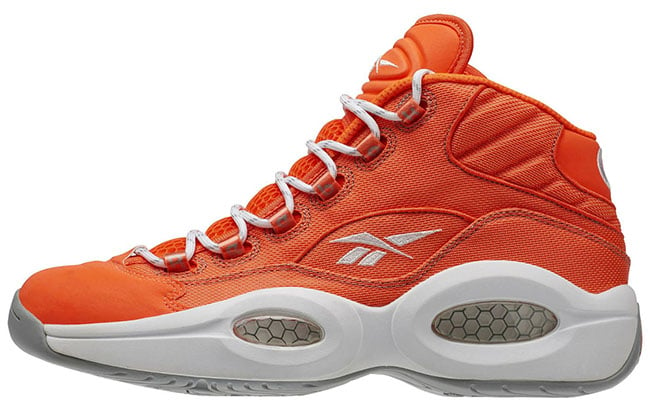 Allen Iverson and Reebok is celebrating the 20th anniversary of the Question in 2016 which will bring a ton of releases from the duo. One of the upcoming pairs that will debut comes in a festive Orange color with White detailing.

The latest Reebok Question to debut comes with a ballistic mesh upper while shades of Orange stream through. White is then used on the laces, midsole and Reebok branding along with a grey translucent outsole. On the heel, it appears that a Dog emblem is used which could tie this release to Allen Iverson more then just being his signature shoe. With that being said, the outline could be a Bulldog which would tie into Iverson’s college team, the Georgetown Hoyas, however the colors used do not match up.

At the time of writing, a release date has yet to be set for the Reebok Question ‘Orange’, however we are sure that they will be launching soon as Reebok’s official images have already leaked. Keep scrolling below to get a detailed look at the latest Question to surface and make sure to check back with us for future updates. 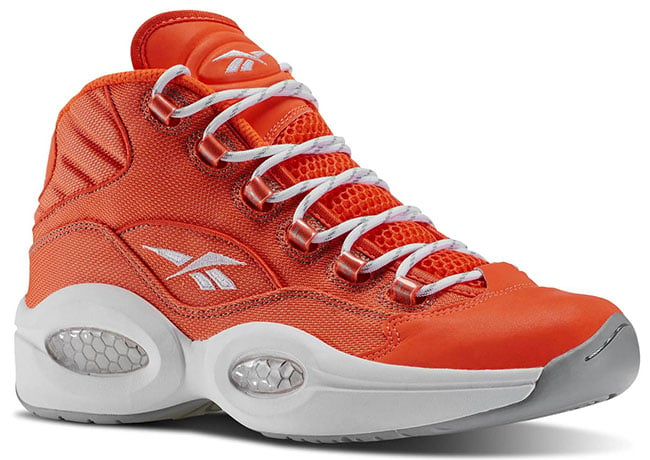 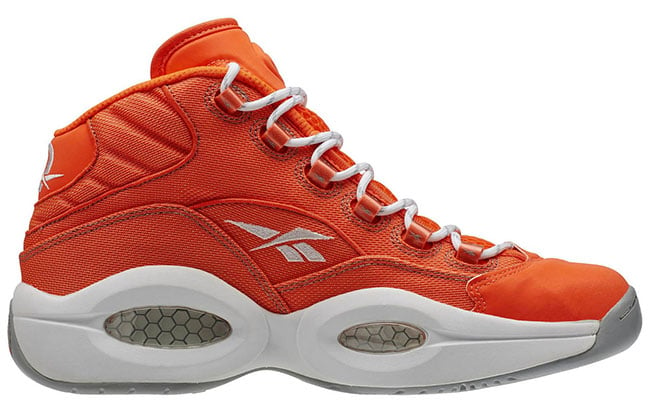 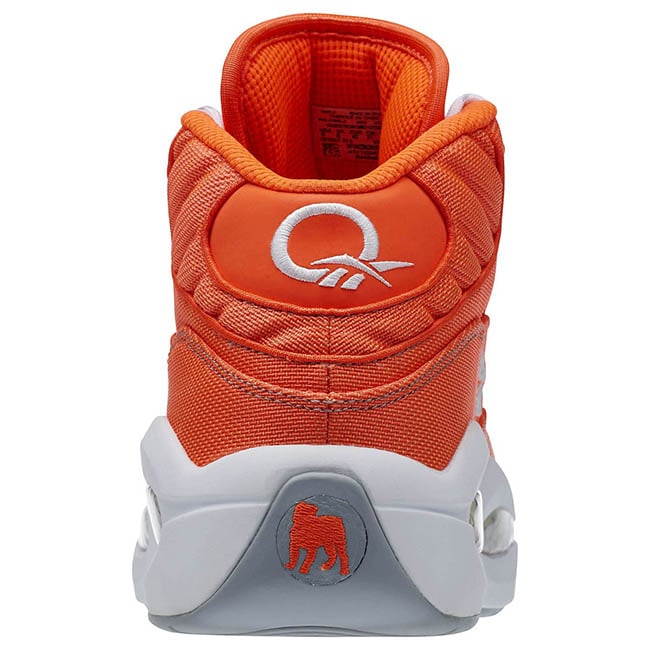