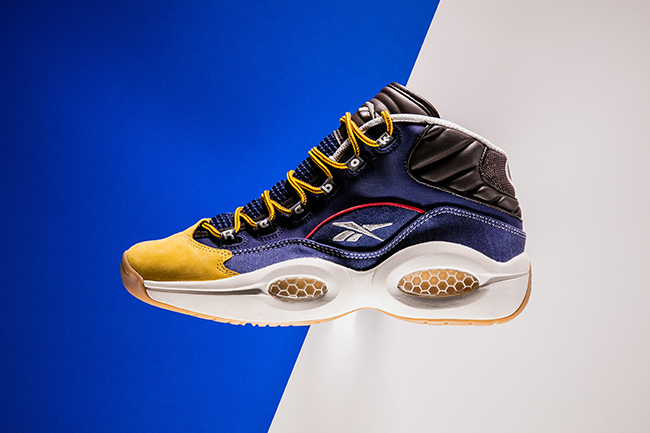 The Reebok Question Mid ‘Dress Code’ is inspired by Allen Iverson’s dressing attire off the court.

Taking you back to 2005, then NBA Commissioner David Stern implemented a mandatory dress code. This meant that players could not wear jerseys, jeans, hats, do-rags, T-shirts, large jewelry, sneakers and Timberland style boots. If the player broke one of the rules, they could of been fined.

This Reebok Question takes everything forbidden by the NBA and applies it with it’s colors and materials. Across the uppers is the use of Blue denim that of course represents jeans. The rope style laces, beige suede on the toe, Gum translucent outsole is inspired by Timberland boots. The midsole is done in Cream while a banned sign is shown on the heel.

Below you can check out more images of the Reebok Question Mid Dress Code which gives you a better look. They are set to officially release on November 4th, 2016. Retail price is set at $140. 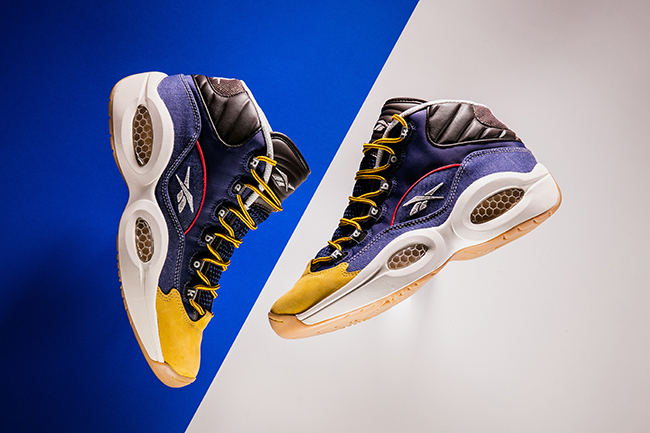 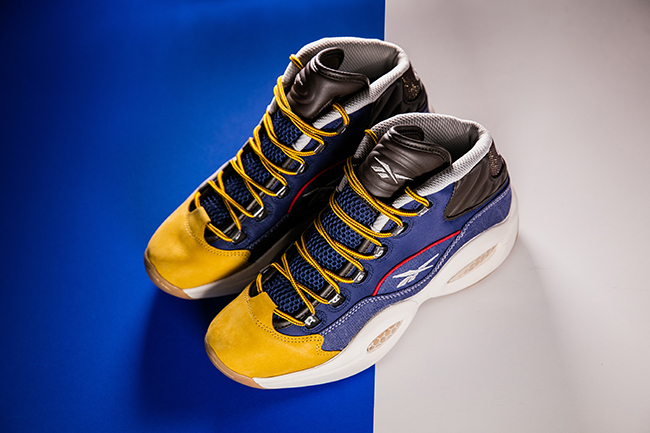 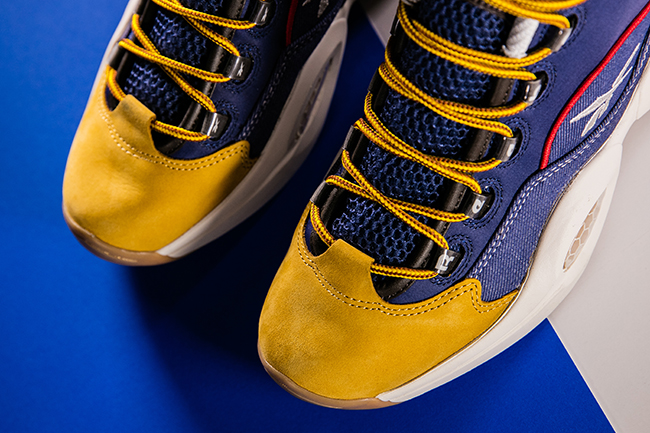 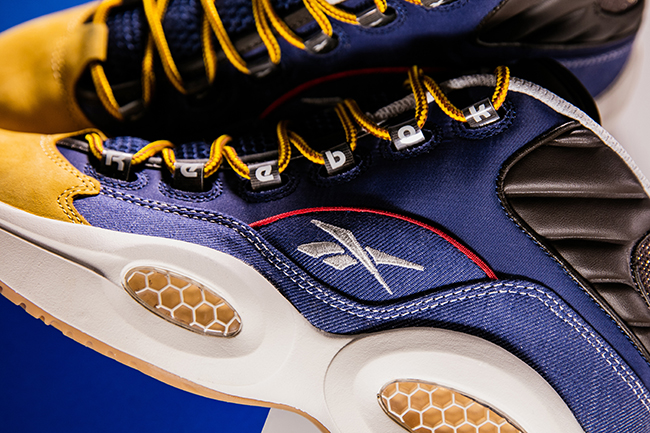 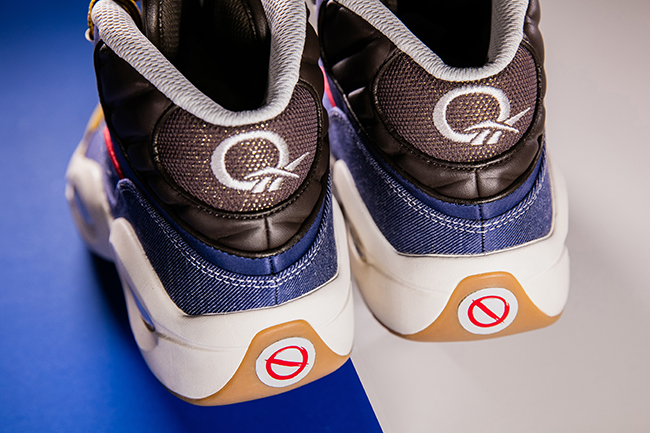 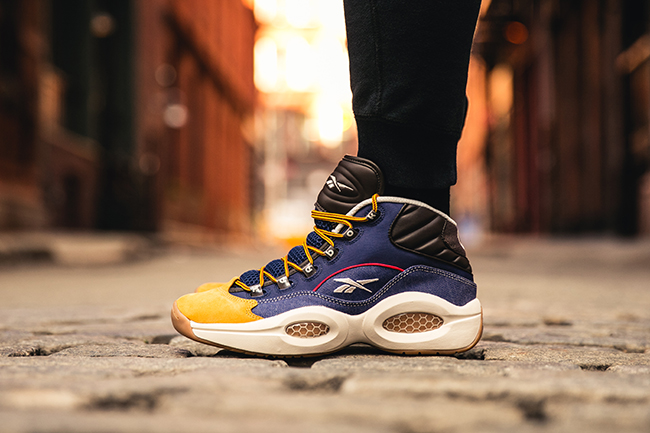 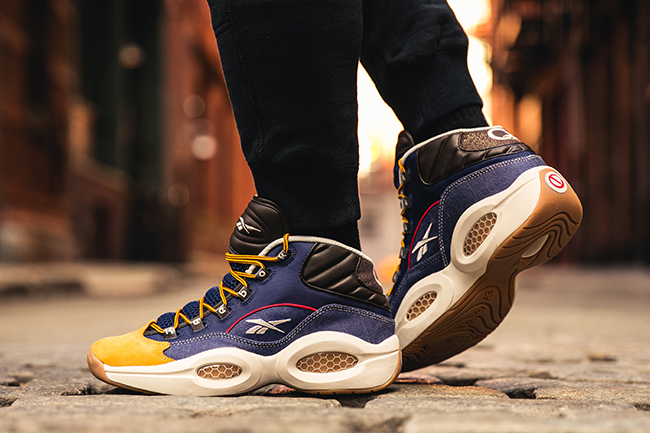 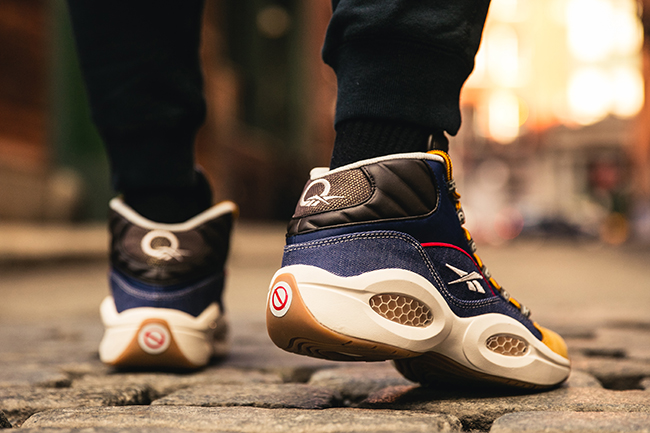 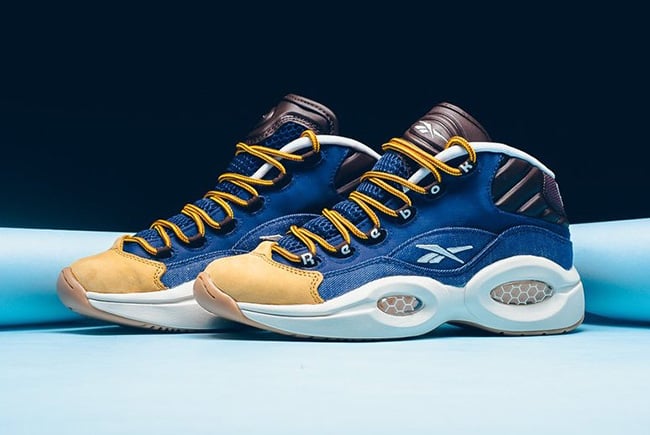 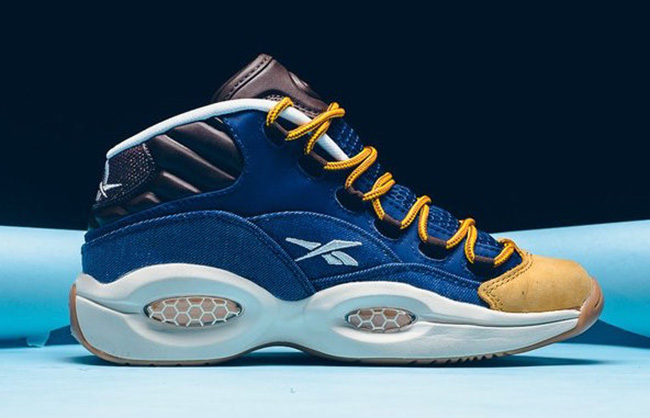 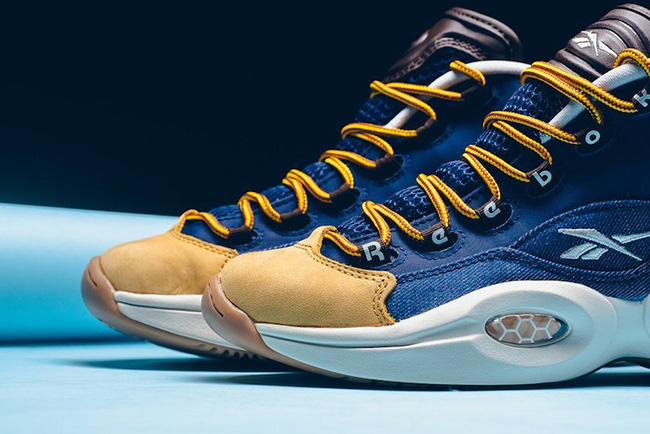 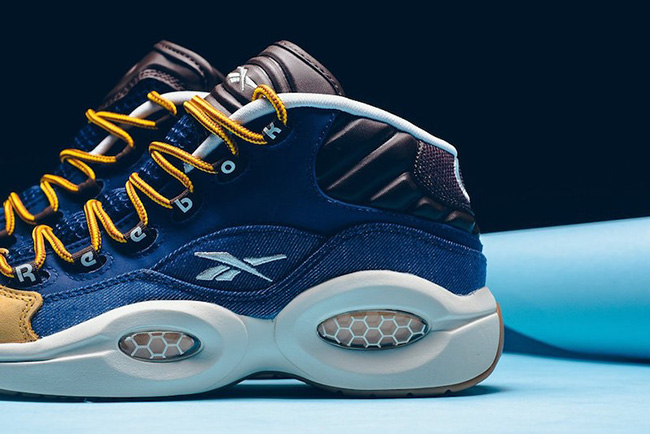 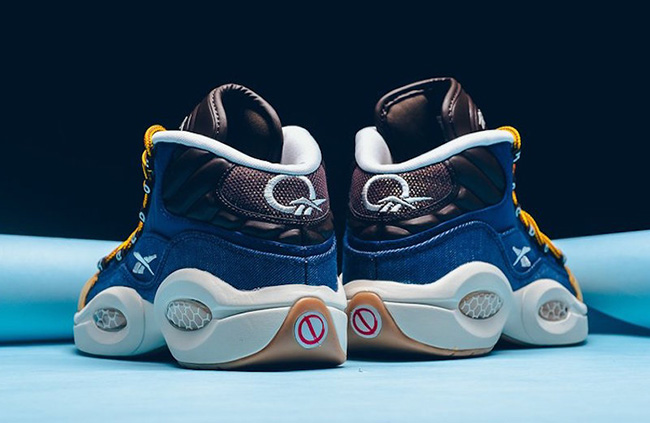 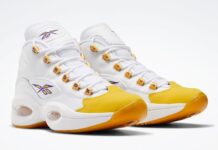 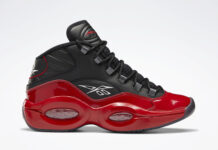 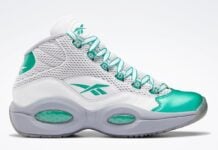 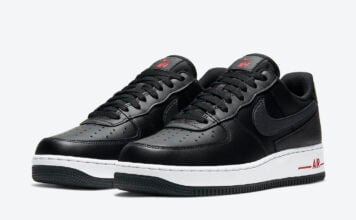